Queenborough Castle and Well + the Release of “Losing Lizzy: A Pride and Prejudice Vagary” + a Giveaway 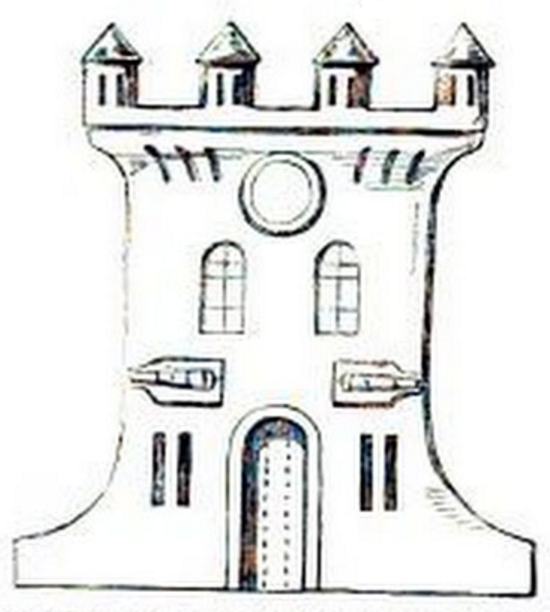 Sheppey Castle [or Queenborough Castle] is located on the Isle of Sheppey, Kent, England. King Edward III ordered the castle and the town surrounding it built in honor of his wife, Queen Philippa. The original land came from the manor of Rushenden at the fishing hamlet known as Bynne (or Bynnee). Construction began in 1361, during a period when there was a peaceful interlude in the Hundred Years’ War. The royal family also considered it a possible refuge in case of another plague arriving on London’s docks, as the Black Death had come to London in the 1350s. The castle was the first concentric castle built in England and the only “royal” castle to be built from the floor up during the Late Middle Ages. It overlooked the Swale, which is an important part of the River Medway’s Estuary and the defense of the Thames Estuary and, therefore, of London. Moreover, the French had raided the south coast of England at Rye and at Winchelsea during March 1360. A way to defend London from invaders was required. For more than 300 years, Queenborough Castle formed part of the coastal defense of England.

Its construction employed some 1600 craftsmen and labourers at a cost of £20,000. The large circular castle was complete in 1367. It was buttressed by six projecting towers. A outer circular wall and moat surrounded the main building. Queenborough was one of the first English castles built to withstand siege artillery and to mount guns itself. Water was channelled from the roofs through lead piping into storage cisterns for use by the inhabitants of the castle. In 1393, a contractor spent over a year digging a well in the center of the courtyard. The Queenborough well plays a major role in my latest novel, Losing Lizzy: A Pride and Prejudice Vagary. 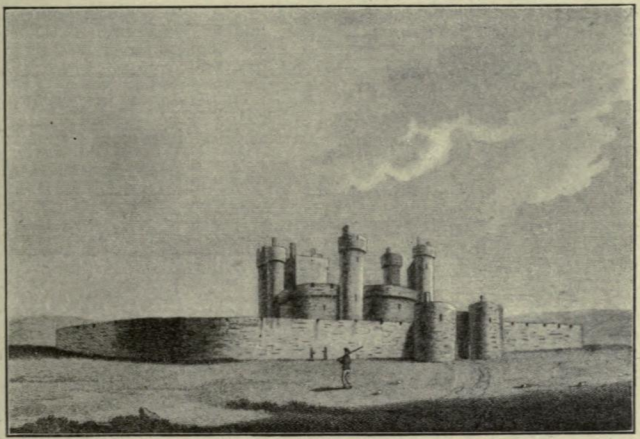 Queenborough Castle came into the possession of the Commonwealth after the execution of King Charles I. In 1650, Parliament ordered an update on the condition of the building, which was judged to be so unfit that it should be demolished. The castle was sold to John Wilkinson for a little less than £1800. Wilkinson demolished the castle down to its foundations and sold the materials to make a slight profit. The Royal Navy surveyed the well which had survived the demolition and found it to be 200 feet deep and lined with Portland stone. At the time, they were able to extract water from the well for use at the dockyard at Sheerness. The site is now a public park and only some low earthworks remain of what was once its grandeur. 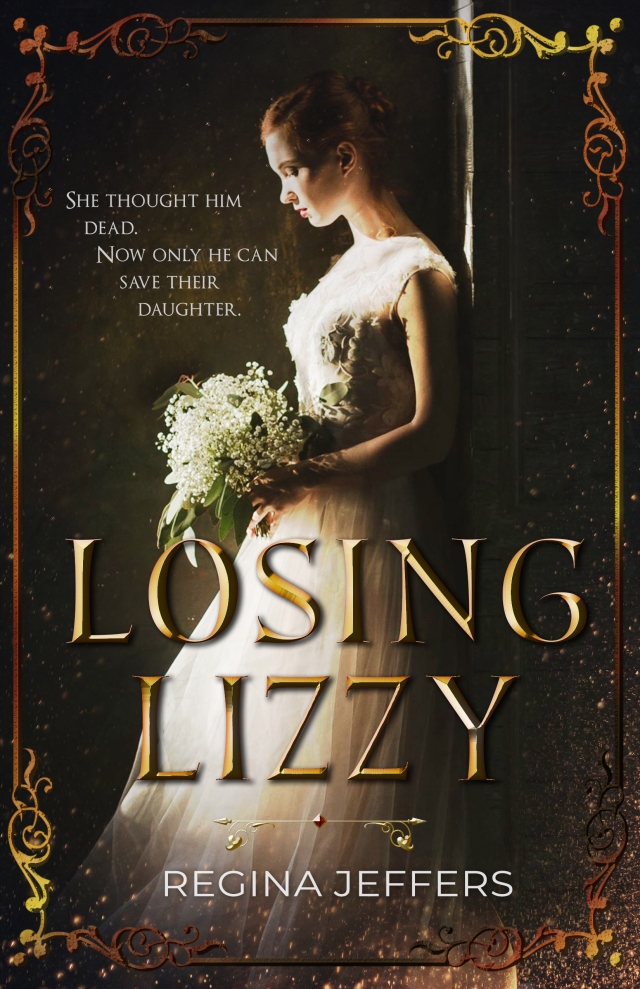 She thought him dead. Now only he can save their daughter.

When Lady Catherine de Bourgh told Elizabeth Bennet: “And this is your real opinion! This is your final resolve! Very well. I shall now know how to act. Do not imagine, Miss Bennet, that your ambition will ever be gratified. I came to try you. I hoped to find you reasonable; but, depend upon it, I will carry my point,” no one knew how vindictive and manipulative her ladyship might prove, but Darcy and Elizabeth were about to discover the bitter truth for themselves.

This is a story of true love conquering even the most dire circumstances. Come along with our dear couple as they set a path not only to thwart those who stand between them and happiness, but to forge a family, one not designed by society’s strict precepts, but rather one full of hope, honor, loyalty and love.

“Mr. Darcy,” his coachman pleaded. “This is a dangerous endeavor. I must advise you against entering the well.”

Darcy continued to release the buttons on his waistcoat. His greatcoat, dress coat, and hat rested upon the ground near where his carriage sat ready. “I did not realize the well had collapsed further,” he admitted. “I know my efforts are likely futile, but I cannot walk away until I attempt to discover for certain whether my daughter is lying at the bottom. Even if she has not survived this abuse exacted against her, Elizabeth Anne should look down from heaven and know her father loved her enough to enact the impossible in her name.”

Both his coachman and footman nodded sharply, tears evident in their eyes. “We will support you, sir.” Jasper said. “Do what you must. We will not abandon you.”

Mr. Farrin backed the coach close to where the Queenborough Castle well once stood. Traces of the bricks and the hole were all any of them could see: A gaping hole—one reportedly more than a hundred feet deep.

Darcy tied the rope about his waist as Jasper placed a three-inch wide tree limb through the back wheels of the carriage to keep it from rolling. They had tied the other end of the rope to the carriage’s chassis. Mr. Farrin stood at the head, holding the horses in place, prepared to pull Darcy out if he encountered difficulties.

“We only have fifty feet of rope, sir. Not enough to reach the bottom,” Jasper cautioned.

“I understand.” If Elizabeth Anne was alive at the bottom of the well, Darcy would purchase every length of rope in Kent in order to reach her, and if she had died at the hands of Townsend, he would pay to have an expert climber retrieve his child’s body, see her buried properly, and, then, personally hunt down Townsend and exact his own revenge. Upon The Lost Sparrow, Darcy had learned several unique methods of torture, and he would see each performed on Townsend before the man died. “Perhaps there is enough to learn the truth. That is all I ask.” 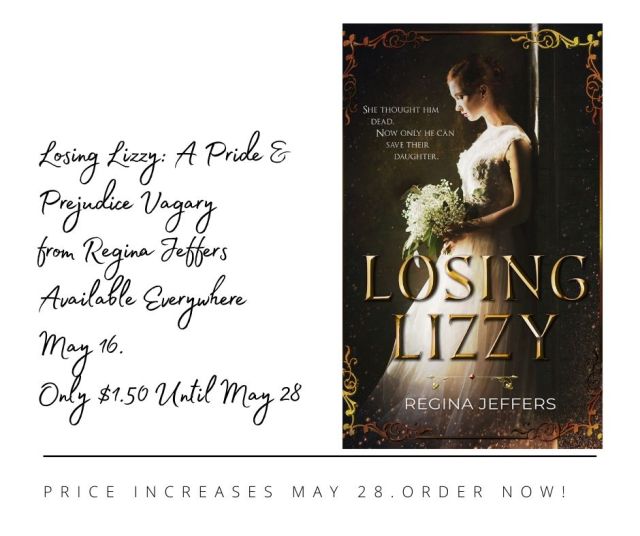 GIVEAWAY! I HAVE 2 eBOOK COPIES OF “LOSING LIZZY: A PRIDE AND PREJUDICE VAGARY AVAILABLE FOR THOSE WHO COMMENT BELOW. THE GIVEAWAY ENDS AT MIDNIGHT ON FRIDAY, MAY 22, 2020.

28 Responses to Queenborough Castle and Well + the Release of “Losing Lizzy: A Pride and Prejudice Vagary” + a Giveaway