A Woman of Faith, a Guest Post from Elaine Owen

Posted on December 4, 2019 by reginajeffers

(This post originally appeared on the Austen Authors’ blog on December 7, 2018. Enjoy!)

Every December we like to remember the birthday of Jane Austen the author, the genius writer who penned witty, and sometimes scathing, observations of society. But during this holiday season, when Christians around the world celebrate the birth of Jesus Christ, it seems appropriate to remember Jane Austen in another way: a woman of deep faith.

Jane Austen grew up in a strong religious tradition. Her father was a clergyman with the church of England (also called the Anglican church) and two of her brothers eventually took orders. She grew up attending church services regularly. She would have been familiar with the Book of Common Prayer, the Thirty-Nine Articles, and the writings of the church fathers. She would have known the order of service and the readings through the church year. Yet even this does not encompass all of Jane’s religious life.

In Jane’s time there were few careers open to men of gentle birth, so it was common for a man to take on the profession simply as a way to make a living. Piety was frequently a bonus, not a requirement. (Remember George Wickham?) Yet Jane’s father was pious. He led the family in readings, prayers, and a sermon at night. He was known to be a conscientious pastor, faithful in his duties to his flock. Without a doubt he did more than just go through the motions. He worked to actively inculcate faith in his children.

And Jane seems to have taken this faith to heart! The same woman who wrote such gems as, “It is a truth universally acknowledged, that a single man in possession of a good fortune, must be in want of a wife,” also wrote prayers like this:

“Give us grace, Almighty Father, so to pray, as to deserve to be heard, to address thee with our hearts, as with our lips. Thou art every where present, from thee no secret can be hid. May the knowledge of this teach us to fix our thoughts on thee, with reverence and devotion that we pray not in vain. Look with mercy on the sins we have this day committed and in mercy make us feel them deeply, that our repentance may be sincere and our resolution steadfast of endeavoring against the commission of such in future. Teach us to understand the sinfulness of our own hearts, and bring to our knowledge every fault of temper and every evil habit in which we have indulged to the discomfort of our fellow-creatures, and the danger of our own souls. May we now, and on each return of night, consider how the past day has been spent by us, what have been our prevailing thoughts, words, and actions during it, and how far we can acquit ourselves of evil. Have we thought irreverently of thee, have we disobeyed thy commandments, have we neglected any known duty, or willingly given pain to any human being? Incline us to ask our hearts these questions oh! God, and save us from deceiving ourselves by pride or vanity. Give us a thankful sense of the blessings in which we live, of the many comforts of our lot; that we may not deserve to lose them.”

This is a prayer that Jane composed for reading during the family devotions. It’s important to remember than Jane had no shortage of other prayers to choose from. The Anglican tradition is full of prayers for every occasion. But she wrote this prayer herself, along with at least two others**, as an expression of her own deep faith. These are not rote, dispassionate expressions; they are the words of someone whose beliefs touched their life in profound ways.

We also know that Jane had strong opinions about Evangelicals, one of the more fanatical religious group of her day, and that she and Cassandra frequently assisted the poor in her father’s congregation. These things also tell us how seriously she took her faith.

So why isn’t faith more evident in Jane’s writings? Why doesn’t she ever use her stories as vehicles to urge others to greater piety? I submit that she does, just in ways that are not obvious at first.

For instance, Jane’s world has no moral ambiguities in it. Jane doesn’t try to get the reader to understand what made John Willoughby a cad. She doesn’t express or generate sympathy for Lydia’s wayward behavior. She doesn’t try to justify Henry Crawford’s womanizing. In her novels immoral behavior is always immoral, and the characters who act in immoral ways do not come to good ends. They typically end up frustrated and unsatisfied, not experiencing what we would call a happy ever after. 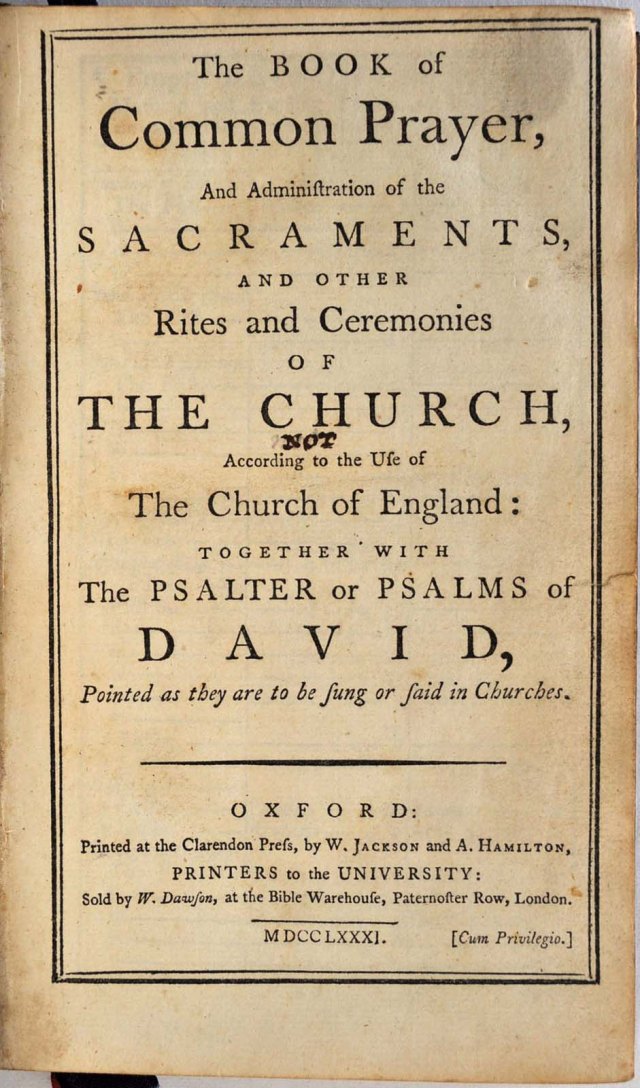 On the other hand, Jane’s good characters, the ones who behave in moral ways, are portrayed with genuine understanding. They are flawed but they are always capable of becoming better. Through humility and self-reflection they come to know themselves, to acknowledge their shortcomings, and to make a permanent change in their character. For them there is always a happy ending. The idea of humility, repentance, and a person who repents and is rewarded with happiness is a very Christian concept.

So what do you think? Why didn’t Jane’s faith find more expression through her stories? If she were alive today would her faith be expressed in the same way? Here is some further reading on the subject.

***Of three Jane’s reputed prayers, the authorship of two has been questioned.