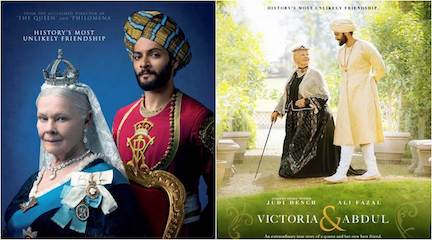 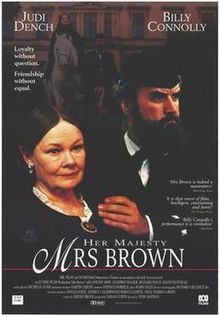 Have you seen the film Victoria and Abdul? It started me thinking more on the “supposed” relationship between Queen Victoria and her Scottish servant John Brown. (By the way, this relationship has also been explored in film. Again the movie starred Judi Dench as Queen Victoria. Mrs. Brown is a 1997 British drama film starring Judi Dench, Billy Connolly, Geoffrey Palmer, Antony Sher, and Gerard Butler in his film debut. Although I enjoyed Victoria and Abdul, in my opinion, Mrs. Brown is the superior film.)

The news of 1866 carried a piece in the Gazette de Lausanne, a Swiss paper, that read, “On dit…that with Brown and by him she consoles herself for Prince Albert, and they go even further. They add that she is in an interesting condition, and that if she was not present for the Volunteers Review, and at the inauguration of the monument to Prince Albert, it was only in order to hide her pregnancy. I hasten to add that the Queen has been morganatically married to her attendant for a long time, which diminishes the gravity of the thing.” Most assuredly, no British paper carried such a tale, but once the word spread of the Queen’s supposed affair, there was no reining it back in. 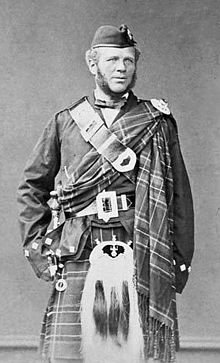 So exactly who was John Brown and how did he come to Queen Victoria’s notice? Brown was from Crathienaird, Crathie parish in Aberdeenshire. He was the second of 11 children of a tenant farmer John Brown and his wife Margaret Leys. He was educated at the local school and at age 13, he began work as a farm laborer and as an ostler’s assistant at Pannanich Wells. Later, he became a stable boy at Sir Robert Gordon’s estate at Balmoral and was on the staff when Queen Victoria and Prince Albert visited Balmoral for the first time in September 1848.

Queen Victoria’s journal holds a mention of John Brown for the first time in 1849. Brown was promoted to gillie, in Scotland, means a man or boy who attends someone on a hunting or fishing expedition. The royal family had visited Dhu Loch. Brown was close to both the Queen and Prince Albert over the years. By 1858, Brown was Prince Albert’s personal gillie. He served Albert until the prince’s death in December 1861. He was a staple of the royal family’s time at Balmoral.

In 1864, Princess Alice, the Queen’s third child and Royal Physician Dr William Jenner and the Keeper of the Privy Purse Sir Charles Phipps took it upon themselves to bring Brown up to the Isle of Wight from Balmoral to aid the Queen in overcoming her depression after Albert’s death. They thought that Brown would remind Victoria of happier times. In December 1864, Brown arrived at Osborne House as a groom. Unsurprisingly, Brown’s brusque manner did the trick. Soon Victoria was riding daily. When the queen rheumatism bothered her too much to sit a horse, Brown took her out on a pony cart. She relished the manner in which he paid her strict attention. 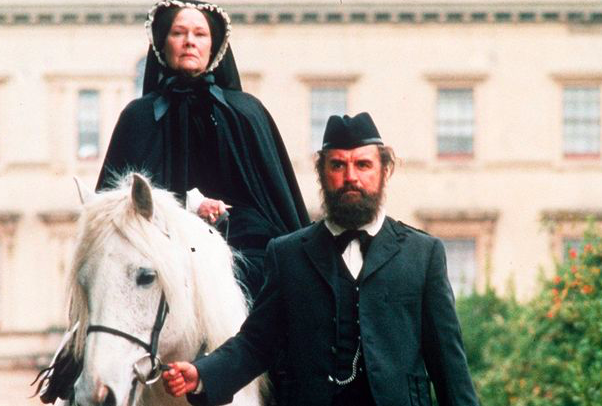 By 1865, Brown had become a permanent member of the Queen’s staff. He was given the title of “The Queen’s Highland Servant.” Over the years, he was awarded both the “Faithful Servant Medal” and the “Devoted Servant Medal.” His salary rose from £150 per annum to £400 (in 1872).

It was Alexander Robertson’s pamphlet “John Brown: A Correspondence with the Lord Chancellor, Regarding a Charge of Fraud and Embezzlement Preferred Against His Grace the Duke of Atholl K. T. of 1873” that first openly suggested that Queen Victoria and John Brown had married morganatically [relating to, or being a marriage between a member of a royal or noble family and a person of inferior rank in which the rank of the inferior partner remains unchanged and the children of the marriage do not succeed to the titles, fiefs, or entailed property of the parent of higher rank].

Citing one Charles Christie, ‘House Servant to the Dowager Duchess of Athole at Dunkeld House,’ Robertson claimed that John Brown was regularly noted as entering Queen Victoria’s bedroom when the rest of the household was asleep. Robert purported that Victoria married Brown at Lausanne, Switzerland, in 1868, with Duchess Anne standing as witness. The Duchess of Atholl vehemently denied Robertson’s allegations. Robertson also claimed that Victoria had given birth to John Brown’s child, identifying his source for this information as John McGregor, Chief Wood Manager on the Atholl estates. Robertson went so far as to say that the child was conceived at a secret rendezvous place on Loch Ordie. Again, Robertson involved the duchess by saying Duchess Anne served as midwife to the Queen when the child was delivered in Switzerland. Supposedly, the child was given to a “Calvinist pastor’ in the Canton of Vaud. Surprisingly, Robertson was never prosecuted for libel. [It should be noted here that Robertson had a running feud with the 6th Duke of Atholl regarding the payment of a toll to cross the seven-arched bridge across the River Tay at Dunkeld, Perthshire.] (Lamont-Brown, Raymond. How Fat Was Henry VIII and 101 Questions on Royal History. The History Press. 2009. 20-21)

There are other theories regarding the Queen’s relationship with John Brown. Some think that he served as her “keeper,” after all he was brought to Osborne House to “keep” Victoria from her extreme bouts of melancholy. Some went as far as to think her as “mad” as her grandfather, George III.

Lamont-Brown (21 -23) tells us, “With Brown being a Highlander it was presumed that he had the phenomenon known as taibhseadaireachd the ‘Second Sight’ with all its psychic attributes. As Queen Victoria was obsessed with the morbid memory of Prince Albert, it was easy for gossips to conclude that the ‘psychic’ John Brown was her spiritualistic medium. All of these elements of gossip had deep roots and there were many willing to exploit them. 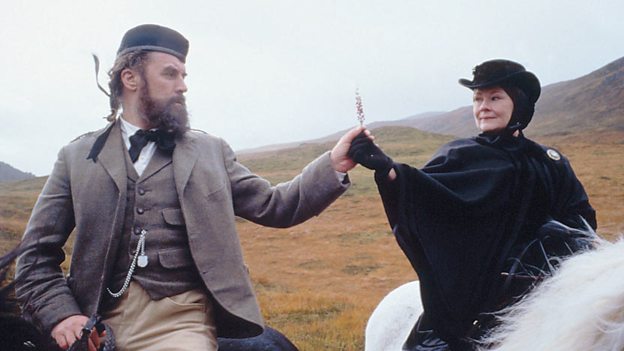 “Although much of the gossip about John Brown and Queen Victoria was seen as ridiculous steps were taken to suppress information. For instance, when Queen Victoria died her daughter Princess Beatrice removed pages from the queen’s journal ‘that might cause pain…. It is clear, despite public gossip… there was nothing immoral in Queen Victoria’s relationship with John Brown. Queen Victoria would never have contemplated sex with a servant. Furthermore, she was never alone to carry out an affair having court ladies always within shouting distance. The significance of Queen Victoria’s attraction to John Brown was that he made a career out of her. He never married, had few holidays and devoted his life to the queen, and he was a walking encyclopedia of her like, dislikes, moods and needs. As a downright selfish person this greatly appealed to the queen…. She liked him because she needed to be fussed, cosseted and spoiled. He told her the truth, spoke boldly to her and importantly too; unlike her family and senior courtiers, he was not afraid of her. Above all, when Prince Albert died Queen Victoria needed a male friend — she never really made close friendships with women — and someone to lean on. John Brown supplied all that.”

Letter from Queen Victoria points to affair with Brown https://www.theguardian.com/uk/2004/dec/16/monarchy.stephenbates

Victoria and Abdul: The Truth About the Queen’s Controversial Relationship  https://www.vanityfair.com/hollywood/2017/09/queen-victoria-and-abdul-real-story

Original Movie Trailer for “Mrs. Brown” from You Tube https://www.youtube.com/watch?v=DsnOyuU2o6A