Posted on September 21, 2018 by reginajeffers

This post was originally posted on Austen Authors on 7 July 2018.

Most of my readers are not aware that my husband and I have a non-profit organization for teens. It is a long story how it all came about and that is not the focus of this blog, so I will just put a link to our website here and an article that was written about it and move on. (www.teenenrichment.org, https://www.fredericksburg.com/discover/difference-maker-spotsylvania-s-donald-robinson-works-overtime-to-help/article_e499c4c5-333f-5ab3-8a98-f60bf4ec39a0.html)

The reason I mentioned it now is that being part of this organization brought me into contact with many talented young writers who were searching for a writing group where they could learn and share their talents. Through a series of events that I now realize God set in motion a decade earlier, I became the coordinator of the Riverside Young Writers. The blessings of working with these kids and bringing in speakers to open their eyes to possibilities have been overwhelming.

One of these beautiful, bright young ladies was invited by one of our speakers to write a blog and she chose to discuss The Evolution of Strong Female Characters: From the Classics to Today’s Young Adult Fiction (https://klkranes.com/2018/04/15/the-evolution-of-strong-female-characters-from-the-classics-to-todays-young-adult-fiction-guest-blogger-cara-hadden/). I cannot tell you how tickled I was when she focused a good portion of her blog on Jane Austen, listing her as one of our “Founding Writer Mothers”.

With that in mind, a recent discussion about feminism with my Darcy-in-training son, and watching some of the teen dramas with my fifteen year old Elizabeth-like daughter made me start thinking about women, real and fictional, and how we treat each other. (As my son pointed out, men don’t “slut shame”; they have no problems with a girl who is easy.)

Though many things have changed since I was in high school, one always seems to remain the same: the way girls treat each other. When I first started playing with this topic, I immediately zeroed in on Caroline Bingley of Pride and Prejudice, Fanny Dashwood of Sense and Sensibility, and Mrs. Elton of Emma.

Who could deny that these “ladies” mastered the ability to undercut any woman who dared to consider drawing the attention of one of their gentlemen, whether brother or imagined suitor? But when I sat down with a list of characters from each book, I found myself having difficulty putting the women in categories of guilty vs. innocent of affronts to women-kind. Sure there is Jane Bennet who will only find the good in others, but even Lizzy admits uncharitable thoughts regarding Mary King following Lydia’s description of her as “a nasty little freckled thing”.

“Elizabeth was shocked to think that, however incapable of such coarseness of expression herself, the coarseness of the sentiment was little other than her own breast had harboured and fancied liberal!” (Pride and Prejudice, Chapter 39)

It does not surprise us when Marianne Dashwood displays an “invariable coldness of her behaviour towards (the Steele sisters), which checked every endeavour at intimacy on their side” (Sense and Sensibility, Chapter 22), but would we want our daughters to treat others in this manner?

Though I rarely admit it in public, and will probably hear about it for saying it here, I am not a fan of Emma. The only adaptation that I watch on a regular basis is Clueless.

In reading passages to find examples for this blog, I zeroed in on why Emma has always been a struggle for me. I don’t like her. Emma Woodhouse is the queen bee, the Regina George (Mean Girls), the Heather Chandler (Heathers).

She is the one who thinks it is her place to decide what and who all the other women around her should be. Okay, I will allow that she is not as cruel as some of the examples I have mentioned, but she is no saint either. Her own creator had this to say of her:

“The real evils, indeed, of Emma’s situation were the power of having rather too much her own way, and a disposition to think a little too well of herself; these were the disadvantages which threatened alloy to her many enjoyments. The danger, however, was at present so unperceived, that they did not by any means rank as misfortunes with her.” (Emma, Chapter 1)

And Mr. Knightley seemed to always be correcting her, reminding her to think of others.

“Emma, I must once more speak to you as I have been used to do: a privilege rather endured than allowed, perhaps, but I must still use it. I cannot see you acting wrong, without a remonstrance. How could you be so unfeeling to Miss Bates? How could you be so insolent in your wit to a woman of her character, age, and situation?—Emma, I had not thought it possible.” (Emma, Chapter 7)

In attempting to draw this blog to a close, I was at a loss. Mean girls will always exist, sometimes within ourselves. I suppose that all we can do is try to pay more attention to what we say and how we say it, and to encourage our daughters to be more accepting of each other. Jane Bennet might sound naïve at times and be a bit too trusting, but perhaps a page from her book is the best place to end.

“I (Jane) would not wish to be hasty in censuring anyone; but I always speak what I think.”

“I know you do; and it is that which makes the wonder. With your good sense, to be so honestly blind to the follies and nonsense of others! Affectation of candour is common enough—one meets with it everywhere. But to be candid without ostentation or design—to take the good of everybody’s character and make it still better, and say nothing of the bad—belongs to you alone.” (Pride and Prejudice, Chapter 4)

Who is your favorite Austen mean girl? 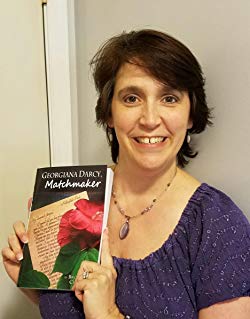 Bronwen Chisholm began her writing career working on Women’s Fiction and Suspense Romance, but finally became a published author with her Pride and Prejudice Alternatives. She takes great pleasure in searching for potential “plot twists” and finding the way back to a happy ending. Her current work is told entirely from Georgiana Darcy’s point of view and should be released by late summer, 2016.

Her love of writing has led her to several writing groups, and she is currently serving as the Vice President of The Riverside Writers.

For more information, visit her at http://www.bronwenchisholm.wordpress.com 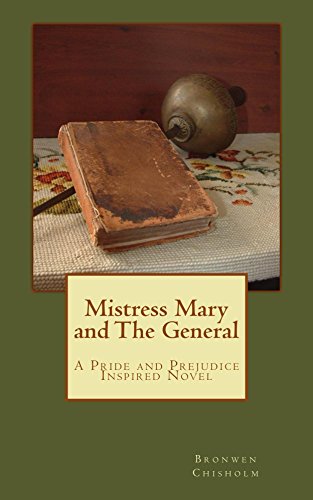 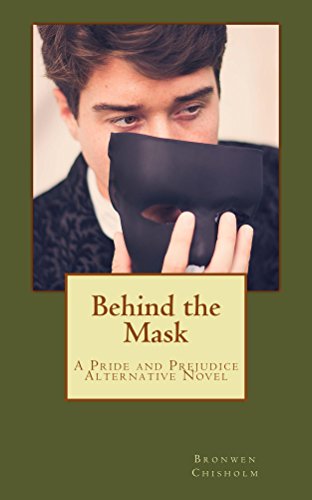 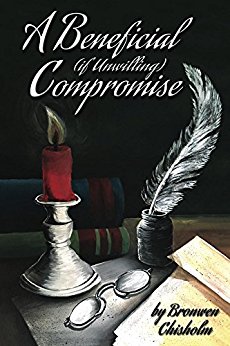 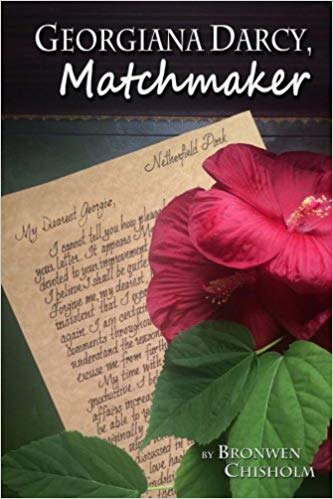 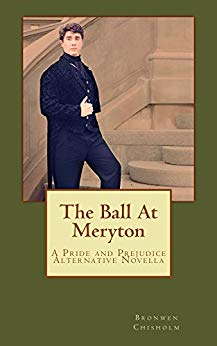