Artist: G.E. Madeley (fl.1826–1841, date of death unknown). Photograph by User:Dr_pda – Sir Nicholas Harris Nicolas (1799 – 1848) History’ of the Orders of Knighthood of the British Empire,of the order of the Guelphs of Hanover; and of the medals, clasps, and crosses, conferred for naval and military service, Volume iii, published in London, 1842. Photo taken by User:Dr_pda
Prince Augustus Frederick, Duke of Sussex wearing the robes of a Knight Companion of the Order of the Thistle ~ wikipedia

The sixth son and ninth child of King George III and Queen Charlotte, Prince Augustus Frederick, Duke of Sussex, was known to have convulsive asthma’; therefore, he did not join his brothers Ernest, Duke of Cumberland, and Adolphus, Duke of Cambridge, in military service. He was tutored at home before being sent to the University of Göttingen in Germany, along with Ernest and Adolphus. He briefly considered becoming a cleric in the Church of England. In 1805, during the Napoleoinic War, he served at home in Britain as Lieutenant-Colonel Commandant of the “Loyal North Britons” Volunteers regiment. [The Complete Peerage, Volume XII, Part 1. St Catherine Press. 1953. p. 535.Edited by Geoffrey H. White.]

Augustus travelled extensively. He was something of a scholar, with a love for music and books. It is said he owned over 5000 bibles, all part of 50,000 books’ collection that he claimed. In Rome, Augustus met Lady Augusta Murray, the second daughter of John Murray,  4th Earl of Dunmore, and Lady Charlotte. Lady Augusta was five years older than the prince, was considered without countenance, being very plain of face, and was known to be as bossy, as was her mother. Augustus and Augusta married, without his father’s permission, on 4 April 1793. The King’s minister of Hanover affairs Ernst zu Münster was sent to Italy to escort him back to London. [T. F, Henderson, ‘Augustus Frederick, Prince, duke of Sussex (1773–1843)’, Oxford Dictionary of National Biography, Oxford University Press, 2004.] Supposedly, the couple married a second time at St George’s, Hanover Square, on 5 December 1793. However, they did not disclose their complete identities to the cleric conducting the ceremony. Both marriages took place without King George III’s consent or knowledge.

Unfortunately, the Royal Marriages Act of 1772 said: “…no descendant of King George II, male or female, other than the issue of princesses who had married or might thereafter marry “into foreign families”, could marry without the consent of the reigning monarch, ‘signified under the great seal and declared in council.’ That consent was to be set out in the licence and in the register of the marriage, and entered in the books of the Privy Council. Any marriage contracted without the consent of the monarch was to be null and void. However, any member of the royal family over the age of 25 [Augustus was only 20 at the time.] who had been refused the sovereign’s consent could marry one year after giving notice to the Privy Council of their intention so to marry, unless both houses of Parliament expressly declared their disapproval. There is, however, no instance in which the sovereign’s formal consent in Council was refused.” [Royal Marriages Act 1772]

In August 1794, the Court of Arches annulled the prince’s first marriage on the grounds that it contravened the Royal Marriages Act 1772, not having been approved by the King. However, Prince Augustus Frederick continued to live with Lady Augusta until 1801, when he received a parliamentary grant of £12,000 and the couple separated. Lady Augusta retained custody of their children and received maintenance of £4,000 a year. Their two children were named Sir Augustus Frederick d’Este (1794-1848), born in Essex, and who later became Deputy Ranger of St James’s and Hyde Parks and who unsuccessfully claimed the dukedom of Sussex on his father’s death, and Augusta Emma d’Este (1801-1855), born at Lower Grovsvenor Street, London, and who married. Thomas Wilde, 1st Baron Truro, (age 63 at the time and Augusta Emma was age 44) who served as Lord High Chancellor from 1850-1852.

Augustus d’Este is the earliest recorded person for whom a definite diagnosis of multiple sclerosis can be made. The course of his MS, which was not diagnosed during his lifetime, is known from the diaries he kept. D’Este left a detailed diary describing his 22 years living with the disease. Meanwhile, like her father, Augusta Emma also suffered from asthma. Upon her death, The Thanet Advertiser remembered her as: “a lady of strict business habits, and rather reserved in manner, of exceedingly good general information, living, while at Ramsgate, in a very quiet and unostentatious way”. Neither of Prince Augustus’s children had children of their own.

Both parents were descended from the royal House of Este, therefore, the use of “d’Este”. In 1806, their mother, Lady Augusta, was given royal licence to use the surname “de Ameland” instead of Murray. With this she was styled as “Countess.” Prince Augustus was alienated from his parents and the Court for years because of his illegal marriage. Eventually, Augustus and Augusta became estranged. She died in 1830 at Ramsgate.

Prince Augustus again acted in contravention of the Royal Marriages Act 1772, not receiving his brother’s, William IV’s, permission, when he married Lady Cecilia Letitia Underwood in May 1831. Twelve years Augustus’s junior, Lady Cecilia was a widow, having lost her husband Sir George Buggin. She was the daughter of the Irish lord, Sir Arthur Saunders Gore, 2nd Earl of Arran. The pair sired no children.

“As the marriage was not considered lawful, Lady Cecilia could not take the style and title Her Royal Highness The Duchess of Sussex. Instead she assumed the name “Underwood”, her mother’s maiden name, by Royal Licence and was known as Lady Cecilia Underwood. The couple resided at the Duke’s apartments in Kensington Palace. However, Lady Cecilia was not accepted as a full member of the British Royal Family. Royal protocol restricted Lady Cecilia from being present at any functions attended by other members of the Royal Family, as she was unable to take a seat beside her husband due to her lower rank. To compensate for this, in 1840 Queen Victoria created her Duchess of Inverness, in her own right, with remainder to the heirs male of her body lawfully begotten. This recognised her husband’s subsidiary title of Earl of Inverness.”

With a morganatic marriage and a illegal marriage plaguing her, Lady Cecilia could not come to Court; therefore, she spent her time in Society, where she was welcomed by many a hostess. Meanwhile, Prince Augustus became a great supporter of the arts, science and literature. He was a favorite of Queen Victoria, when she came to the throne, and even did the honor of giving her away at her wedding to Prince Albert.

Prince Augustus died of erysipelas on 21 April 1843. [Erysipelas is an infection typically with a skin rash, usually on any of the legs and toes, face, arms, and fingers. It is an infection of the upper dermis and superficial lymphatics, usually caused by beta-hemolytic group A Streptococcus bacteria on scratches or otherwise infected areas. Affected individuals typically develop symptoms including high fevers, shaking, chills, fatigue, headaches, vomiting, and general illness within 48 hours of the initial infection.] Because Cecilia’s body could not be accepted into the royal vault, Prince Augustus is buried at Kensal Green Cemetery, north of Paddington.

NOTE! “Lady Cecilia is portrayed briefly in the 2016 ITV series Victoria, Episode 6 “The Queen’s Husband” by Dais Goodwin, creator of the series and its main writer. The portion of this episode relative to Lady Cecilia is thus described: “Victoria curries favour with her uncle the Duke of Sussex, who is unable to present his wife at court because their morganatic marriage was in violation of the Royal Marriages Act 1772. Although his wife was the daughter of an earl, she was not a member of the royal family. Victoria uses her discretion to make her the Duchess of Inverness and welcomes her to court.” In this episode, Lady Cecilia’s last name is given as ‘Buggin’, her former married name, and is not cared for much by Victoria for its sound. But no mention is made later of Lady Cecilia’s taking her mother’s surname Underwood. Lady Cecilia’s husband, the Duke of Sussex, is portrayed by David Bamber.” 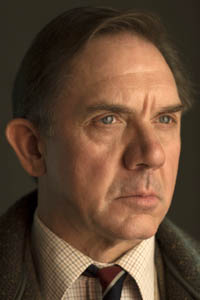