Irish Agrarian Societies: the Rockite Movement and the Release of “Lady Chandler’s Sister: Book 3 of the Twins’ Trilogy”

The third book in my Twins’ Trilogy, Lady Chandler’s Sister, leads us along a dark path in British history. The book culminates in early January 1822, which was when the Rockite movement had set its sights on having its demands taken seriously. 1821 – 1824  was a time of sustained agrarian violence. They were named after their mythical leader, “Captain Rock.” SJ Connolly in “Mass Politics and Sectarian Conflict, 1823-30” [in WE Vaughan (ed.) A New History of Ireland, V: Ireland Under the Union, 1: 1801-70, Oxford, 1989, page 81] says the Rockite movement was “primarily a pragmatic, even conservative, movement, concerned with limited and specific economic-based goals, including the regulation of rents, wages and tithes, the protection of poor tenants threatened with eviction and wider access to land for tillage.” 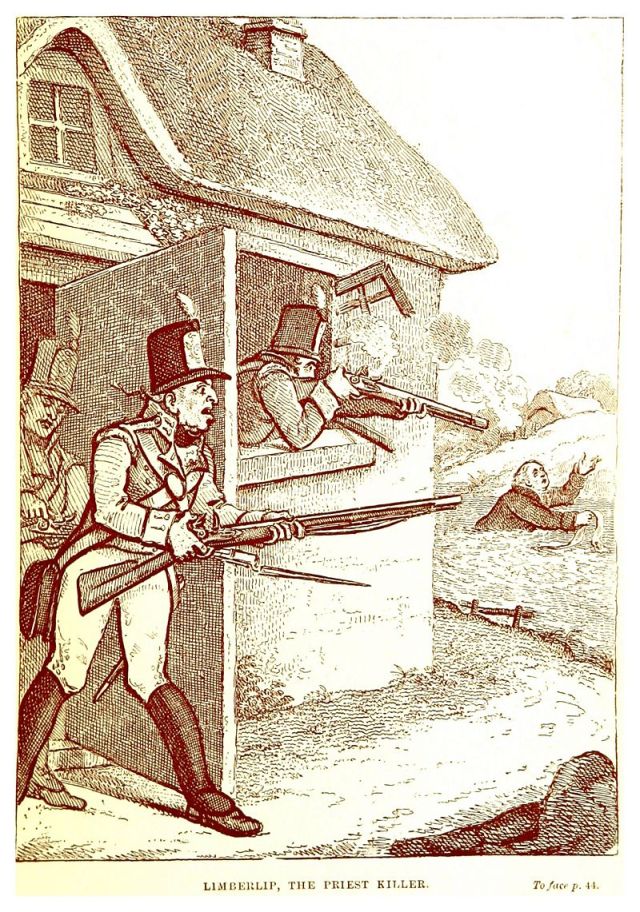 However in an essay from Rebecca Preston, the author proposes “that the Rockites were significantly influenced by contemporary politics and played a central role in pre-Famine Irish political life.” She goes on to argue, “that the Rockite movement had a strong political dimension as they were perceived as a political threat by the British Government and were partially motivated by political grievances. It is acknowledged that the Rockites were not solely motivated by political agitation — the movement encompassed a multifaceted agenda. The myriad motivations, however, including economic, ideological, political and religious, were interconnected and contributed to the politicisation of the Rockites.”

In the three years in which they operated in the six southwestern counties of Ireland, up to 1000 “accused” were beaten, 93 murdered, with 16 of those coming in an arson incident at Mullinghone in County Tipperary.

“Named for its mythical leader “Captain Rock,” avenger of agrarian wrongs, the Rockite movement of 1821–24 in Ireland was notorious for its extraordinary violence. In Captain Rock, James S. Donnelly, Jr., offers both a fine-grained analysis of the conflict and a broad exploration of Irish rural society after the French revolutionary and Napoleonic wars.

“Originating in west Limerick, the Rockite movement spread quickly under the impact of a prolonged economic depression. Before long the insurgency embraced many of the better-off farmers. The intensity of the Rockites’ grievances, the frequency of their resort to sensational violence, and their appeal on such key issues as rents and tithes presented a nightmarish challenge to Dublin Castle—prompting in turn a major reorganization of the police, a purging of the local magistracy, the introduction of large military reinforcements, and a determined campaign of judicial repression. A great upsurge in sectarianism and millenarianism, Donnelly shows, added fuel to the conflagration. Inspired by prophecies of doom for the Anglo-Irish Protestants who ruled the country, the overwhelmingly Catholic Rockites strove to hasten the demise of the landed elite they viewed as oppressors.

“Drawing on a wealth of sources—including reports from policemen, military officers, magistrates, and landowners as well as from newspapers, pamphlets, parliamentary inquiries, depositions, rebel proclamations, and threatening missives sent by Rockites to their enemies—Captain Rock offers a detailed anatomy of a dangerous, widespread insurgency whose distinctive political contours will force historians to expand their notions of how agrarian militancy influenced Irish nationalism in the years before the Great Famine of 1845–51.”

An article in the Irish Examiner, a review of Donnelly’s  book tells us, “In February 1822, a special commission in Cork charged 200 with Rockite or similar Whiteboy activity. Mercifully, only 15 were hanged. In the same month, the Insurrection Act introduced a sunset-to-sunrise curfew and summary justice for lawbreakers, of whom up to 330 per year were being transported in convict ships to Australia.

“Incidences of murder, arson, rape and mutilation are recorded by Donnelly in some detail, often gruesome. As a result, the comprehensive index, which names locations of more than 400 atrocities, gives modern residents anywhere in the southern counties a glimpse of their localities’ Rockite history and how much blood was spilt.

“Perhaps the most telling symptom of the near breakdown of rural Irish society in the 1820s was the 50,000 applications to a scheme of assisted emigration to Canada.

“Donnelly has theories aplenty for the historians and sociologists – for which the ordinary punter is advised to have their dictionary at hand. But what sets his book apart for non-academic readers are the reports from officials and information gleaned from newspapers, depositions and other sources. The author uses them to drill down to local level and bring us into a countryside riven by atrocities which are the symptoms of a non-functioning powder-keg society which was always just a spark away from igniting.

“Well before the trouble, trends were beginning in Irish agriculture which eventually set the scene for the rural protest movements of the late 18th and early 19th century. As livestock farmers expanded and took up more acres, a landless class of poor peasants and labourers also expanded.

“While better-off landowners were thriving from the mid-18th century to the end of the Napoleonic wars in 1813, inflation was slowly crippling the poor. While the landed elite were building their Georgian townhouses and Palladian mansions, the landless and land poor were falling behind.

“According to Donnelly, by 1841 there were 50,000 rich farmers averaging about 80 acres; 100,000 comfortable farmers averaging 50 acres; 250,000 family farmers averaging 20 acres; and 1.3 million poor peasants who laboured for the landowners and rented potato plots from them. The system offered the poor peasants just enough food, employment and land to ensure that their birth rates outstripped the rural Catholic middle class and that the rural social structure became more and more imbalanced with each year. At the top of the scale, absentee landlords worried little about the trouble brewing in Ireland, as long as sufficient rent came through to fund their high life in London.”

Captain Rock and the Irish Agrarian Rebellion of 1821-1824