It was twenty-two years after Robert Pate’s ill-fated attempt to kill Queen Victoria before another attempt was made against her. According to Raymond Lamont-Brown in How Fat Was Henry VIII (The History Press, 2009, page 149) Albert Young’s threat against the Crown was not like the previous ones. Young sent a letter threatening the life of the queen unless she lent £40 to each of some 50 Irish tenants of a landlord, who had recently turned them out. Unlike the other “assassins,” Young’s crime was one of intimidation. On May 26, 1872, Young was brought before High Court Judge Henry Charles Lopes. Lopes sentenced Young to ten years’ penal servitude on charges of intimidation.

However, earlier that same year (February 28, 1872), one Arthur O’Connor pointed at gun at the Queen when her carriage paused before the Garden Gate of Buckingham Palace. Prince Arthur jumped from the carriage to accost the man, but the Queen’s Scottish servant John Brown handled the situation. 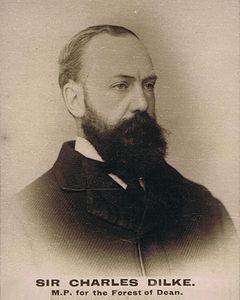 What led to this unrest in the Kingdom? Between 1871 and 1874, growing unrest marked Victoria’s reign. During the later years of Queen Victoria’s reign, there was considerable criticism of her decision to withdraw from public life following the death of her husband, Prince Albert. This resulted in a “significant incarnation” of republicanism. During the 1870s, calls for Britain to become a republic on the American or French model were made by the politicians Charles Dilke and Charles Brdlaugh, as well as journalist George W. M. Reynolds. (Republicanism in the United Kingdom) However, “[A]fter a royal wedding and the recovery of the Prince of Wales from the brink of death, another assassination attempt [by Arthur O’Connor] on the queen secured her position and quelled anti-monarchy sentiment for the rest of her reign.” (Culture Trip)

https://theculturetrip.com/europe/united-kingdom/articles/there-were-eight-assassination-attempts-on-queen-victoria/ ~ Princess Louise, Duchess of Argyll and daughter of Queen Victoria, married the Marquis of Lorne, an Englishman called John Campbell. This marriage helped revive the waning popularity of the British monarchy.

The Queen had gone out for a Leap Day drive around Hyde and Regent’s Park. O’Connor, the nephew of the late Chartist leader Fergus O’Connor, was able to scale the Palace fence and hide near the courtyard, without anyone taking notice. He managed to come within a foot of the Queen’s carriage. He carried a flintlock pistol, which he attempted to fire, although some reports say the gun was broken and unusable. John Brown wrestled the seventeen-year-old O’Connor to the ground. At his hearing, O’Connor claimed he had no desire to bring harm upon the Queen: He simply wished to frighten her into signing a document that would release Irish political prisoners being held in British jails.

Although originally sentenced to a year in prison and 20 strokes with a birch rod, after the Queen petitioned for him to be departed, O’Connor was exiled to Australia,

The Social Historian provides us this account of the events: “On Thursday, 29 February 1872, Earl Granville interrupted a discussion at the Houses of Parliament and made the following announcement to the House of Lords:

Your lordships will excuse my interruption of this discussion. I have just been informed that a boy of eighteen or nineteen ran into the garden of Buckingham Palace as the Queen entered, followed the carriage to the door, which is at a short distance, and presented an old-fashioned pistol within a foot of her Majesty’s head. The Queen bowed her head, and the boy was seized. I am informed that the pistol was not loaded, and it is believed that the object of the boy was to compel her Majesty by fear to sign a Fenian document which he had in his hand. The Queen showed the greatest courage and composure, and immediately commanded Colonel Hardinge to come down to the Houses of Parliament in order to prevent exaggerated rumours and alarm being spread. Pall Mall Gazette – Friday 01 March 1872

“The boy was seized immediately and disarmed. He was taken to the King-street police-station in Westminster and readily gave his name of Arthur O’Connor. He said that he was 17-years-old and a clerk to Messrs. Livett and Franks, oil and colour manufacturers, and said that he lived with his father and mother at 4 Church-row in Houndsditch.

“Arthur O’Connor was brought to trial for treason on 8 April 1872 and was indicted for unlawfully presenting a pistol to the person of Our Lady the Queen, with intent to alarm her. To this charge, the prisoner pleaded guilty.

“On hearing the plea, Mr. Hume Williams who was instructed by the prisoner’s friends asked that the plea be withdrawn since he was prepared to show evidence that the prisoner was of unsound mind. After some discussion, his evidence was allowed. The prisoner’s parents, George and Catherine O’Connor along with three doctors from Kings College Hospital were called but it was to no avail. The jury found that the prisoner was perfectly sane when he pleaded guilty to the indictment.”