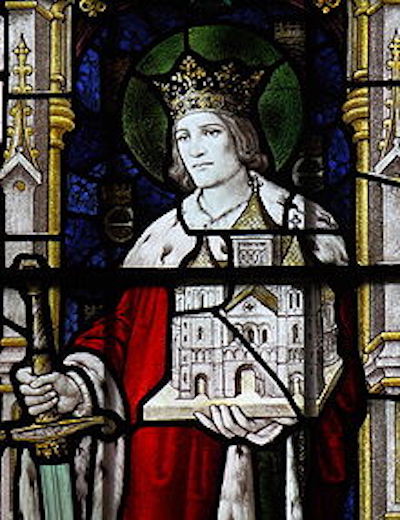 In 633 A. D., King Edwin of Northumbria (King of Deira and Bernicia), a Saxon, whose kingdom at the time stretched from the River Trent, which marks the boundary between the Midlands and the north of England, to Edinburgh (Edwin’s borough), marched south to fight the pagan King Penda of Mercia. Edwin had been converted to Christianity by his wife Princess Ethelburga of Kent, which was the first Christian kingdom in England. Unfortunately, Edwin was killed in the battle, which took place near a small hamlet known as Cuckney (in Sherwood Forest), then known at Hatfield. 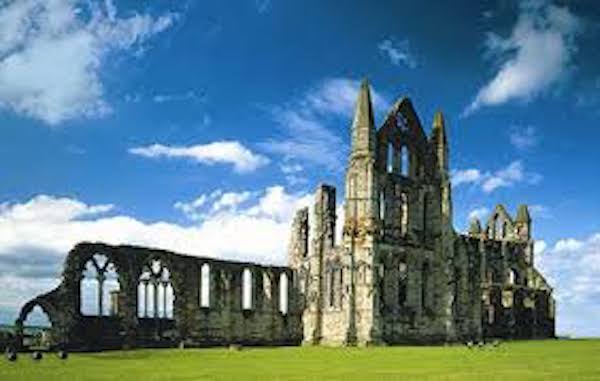 To prevent his body being mutilated by his enemies, his friends buried King Edwin in a clearing of the forest. They intended to see to a proper burial once the war knew success. Edwin’s body was to be taken to Whitby Abbey; yet, when they returned for his body, they discovered that the locals had begun to think of the late king as Saint Edwin, so instead of unearthing him, they built a small wooden chapel on the spot. A priest was pressed into service, and the place was christened, Edwinstowe, or “the holy place of Edwin.” In 1175, a stone church replaced the wooden chapel, one of the many churches put up by Henry II as penance for the murder of Thomas a Becket.

According to the Edinstowe Parish Council, “In 1066 Edenstou was royal land, part of the Saxon king’s manor of nearby Mansfield. The Domesday survey of 1086 records that in Edenstou was a church, a priest and four bordars (slaves who worked on the priest’s lands). Edwinstowe stood well within the roughly 20 miles long by 7 miles wide Royal Forest of Sherwood.

“The villagers were bound by harsh forest laws, and courts to punish offenders were held frequently. It was a punishable offence to damage living timber in any way, and all dogs taken into the forest had to be ‘lawed,”\’ i.e. three claws had to be removed from each front foot. Death and dismemberment was the punishment for deer poaching and these harsh laws were not changed until 1217 A.D. In 1334 A.D. the Vicar of Edwinstowe, John de Roystan, was convicted of ‘venison trespasses,’ a major crime. 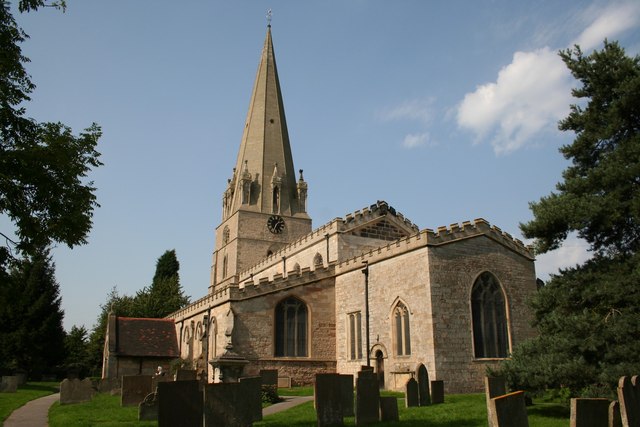 “Edwinstowe villagers had various privileges regarding the forest. e.g. gathering brushwood and letting their pigs root for acorns. They were also free born and could marry without permission.

“Much had changed by 1600 A.D. Queen Elizabeth owned parts of Sherwood Forest but it was no longer regarded as a hunting forest. Parts were cleared for farming and the oaks were felled for ship building. In 1609 A.D. there were 49,909 oaks in the forest areas just north of Edwinstowe. By 1790 there were only 10,117! Ship building accounted for the best timber although 10 oaks were used for the roof of Saint Paul’s Cathedral in London.

“By 1801, the total population of Edwinstowe had risen to 506! Piped water was available in Edwinstowe for the first time in 1905. In 1912, more than thirty Suffragettes (including Mrs. Emeline Pankhurst) visited Edwinstowe. In 1925 the nearby Thoresby Colliery began operation with benefits to the village.

“During World War II the nearby forest housed one of the largest ammunition dumps in the U.K. The area was also used for tank training and for housing thousands of troops prior to D-Day. The facilities were used after the war for European displaced persons.

“Popular belief has it that Robin Hood and Maid Marian were married in St Mary’s Church! There was certainly some sort of church here during any of the periods ascribed to Robin Hood.”