Axminster is a market town and civil parish of about 6,000 on the eastern border of Devon. The town is built upon a hill and overlooks the River Axe. The town dates back to around 300 BC. There was once a Roman fort on the crossroads at Woodbury Farm, south of the present town center. Axminster is one of only 15 British town on the Peutinger Map (also referred to a Peutinger’s Tabula or Peutinger’s Table). It is an illustrated itinerarium displaying the road network of the Roman Empire. It is a 13th C copy of a Roman original, drawn upon parchment. Aixminster lies on two major Roman roads: the Fosse Way from Lincoln to Seaton and the Dorchester to Exeter road. 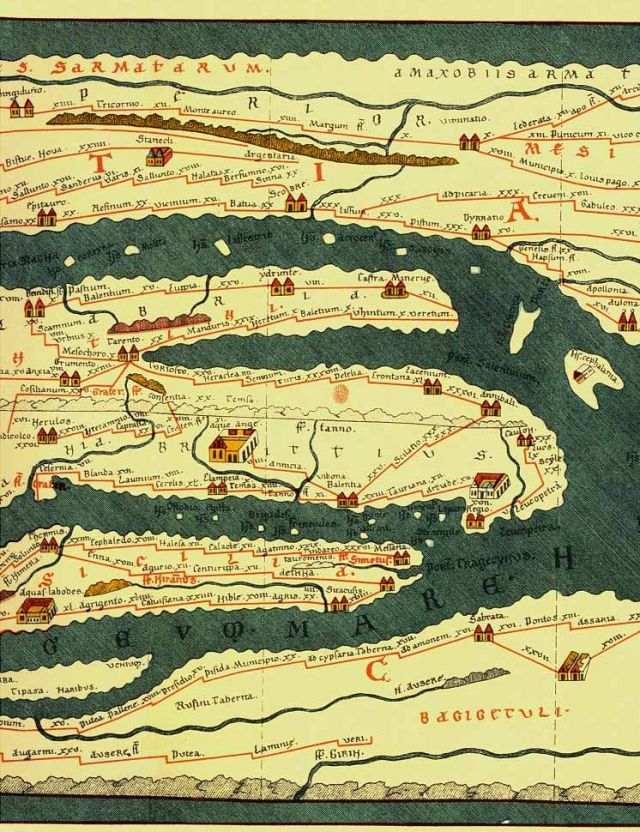 Aixminster was registered in the 1086 Domesday Book as “Ascanmynster,” meaning a monastery located near the river Axe. In 1210, the town was granted the privilege of holding a weekly cattle market. This weekly market continued until the 2006 UK foot-and-mouth breakout. The town was on the London to Exeter coaching route, and in 1760, a coaching inn named The George Hotel opened on the corner of Lyme and Chard streets. Nearly 20 coaches a day stopped at The George. 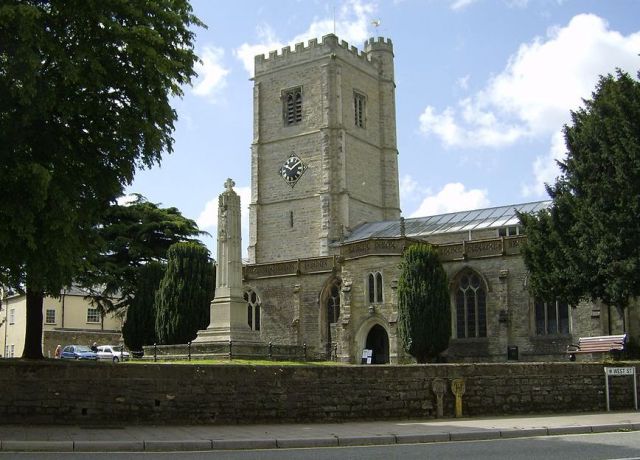 The town has lended its name to a type of carpets, which are known worldwide. The carpets are consider among England’s finest. They were first made (1775) at Court House near the town church. The carpets in those days were hand tufted, and, traditionally, the completion of a carpet was marked by a peal of bells from the parish church. The bells celebrated the hard work put into the carpet, and the town folk would flock to the workshop to have a look at the latest production.

The inspiration for Thomas Whitty’s founding of Axminster Carpets is uncertain. Some claim he was inspired by watching several French carpetmakers at work in Fulham. Others say he saw a large Turkish carpet at the market in London’s Cheapside and was compelled to learn more of the workmanship. It is said he returned to Axminster and went to work creating a piece of similar quality. He invented and built a new type of loom to permit the hand knotting of carpets. Axminster carpets graced the floors of the Brighton Royal Pavilion, Saltram House, Warwick Castle, and Chatsworth House. It is said King George III and Queen Charlotte purchases Axminster carpets and even toured the small factory from which they came. 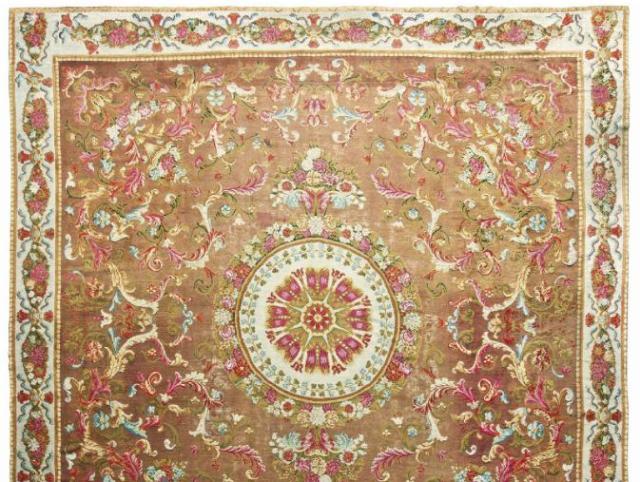 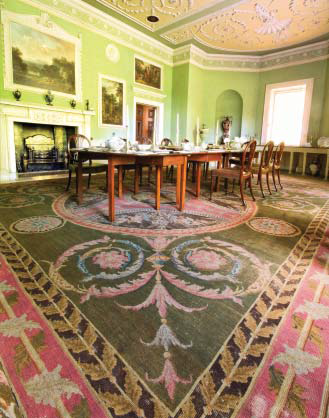 According to Axminster Heritage, “In order to support his young family, Whitty travelled to London to seek a fresh trade. Here, in the warehouse of a William Freke, he saw some carpets imported from Turkey. He marveled not only at their vibrant colours but also their size and the fact that they were seamless. For a long time he puzzled as to how they could be made. 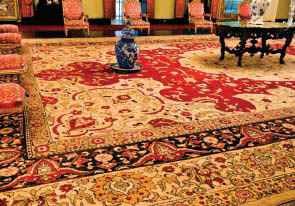 After much thought, Whitty had some ideas that he wished to try out. On Easter Fair day that year (25 April 1755), as his employees were away at the fair, he conducted some trials and succeeded in making an eight-inch square of ‘Turkey’ carpet. Although excited by his success he realised that he did not know of a loom that would enable him to make them economically.

“Many years later, in a 1790 letter to his sons, Whitty described how he overcame this difficulty. By chance he saw an advertisement for a carpet manufactur- ing company in Fulham owned by Peter Parisot, a French immigrant. He tells how he went to an inn close to the factory with the hope of making the acquaintance of some of the workers. He started talking with a man whose son was an apprentice at the carpet factory and, through him, was able to gain access to the works. Whitty wrote: “Accordingly, I obtained a view of everything I wanted, by which every remaining difficulty was removed from my mind and I was thoroughly satisfied.”

“Although he had seen how to make his carpets at the Fulham factory, he knew that the carpets made there were much too expensive and a cheaper method of production needed to be found. Although he reduced the number of knots per square inch, the labour cost was still too high. Thus, when he started to make his first carpet on Midsummer’s Day 1755, it was his own children, under the watchful eye of their aunt Betty Harvey, who were his first workforce. Throughout his life, Whitty employed mainly girls of between ten and seventeen years. His competitors employed mainly men, so not only was he able to gain the advantage of lower labour costs, but the girls’ fingers were much more nimble than those of the men, giving him an edge in productivity.

“Thomas Whitty’s first carpet was to have been bought by a Mr Cook of Beaminster but was seen by the Countess of Shaftsbury, who insisted on having it herself. Further orders followed and, in 1757 the Society for the Encouragement of Arts, Manufactures and Commerce (the forerunner of the Royal Society for the Arts) ran a competition for the best value carpet submitted to them. Although the carpet submitted by Thomas Moore of Moorfields was judged to be the finest carpet – being made of the highest quality materials – it was very expensive (forty guineas). The one made by Thomas Whitty was deemed the best value in proportion to its price (£15), and the prize was divided between them.

“Whitty’s prize-winning entry was bought by a William Crompton who, putting it on display in his warehouse in Charing Cross, received so many enquiries that he asked Whitty to supply as many carpets as possible for him to sell. In the following year a similar competition was held and again Whitty shared the prize – this time with a Claude Passavant of Exeter. Interestingly, Peter Parisot moved his Fulham factory to Exeter in 1755 and the following year sold it to Passavant. As Whitty had observed in Fulham, the carpets made in Exeter, although very fine, were much too expensive. (The one submitted for the competition was valued at eighty guineas).”

For some 80 years, until a fire in 1828 destroyed the weaving looms, Axminster produced the best hand-knotted carpets in Europe, and they made them with a small staff and only one workshop. Even today, some of the best homes have Axminster carpets. The largest of the carpets produced was for the Sultan of Turkey’s Topkapi Palace in Istanbul. Made in 1822, it measures 74 feet by 52 feet. Alas, the palace is now a museum, but no one can account for the missing carpet.

In 1835, Samuel Rampson Whitty, the grandson of the founder, declared bankruptcy, having never recovered from the fire seven years earlier. Blackmores of Wilton, near Salisbury, bought the remaining stock and looms and extended their business to include hand-knotted carpets, which are still called “Axminsters.”