Posted on December 4, 2017 by reginajeffers

On Saturday, December 2, I joined fifty+ other ladies and gentlemen for tea at the Lake Park Community Center. Ours was the 2 PM service. There were other services, one at noon and another at 4 PM, and the event was hosted by the local garden club. This was a special treat for me from one of my dearest friends, Kim Withey. At our table, we joined two other ladies and two delightful young ladies, whose mother, we were told, was from Yorkshire, England.

The event had us all thinking about high tea in England, which was a Victorian custom. One thing led to another and soon we were discussing tea traditions and Jane Austen.

Tea in the afternoon, we are told, began with the servants rather than with those they served. Some people question whether this could be true, but I have read something similar in more than one non-fiction book. Doubters say there is no way workers would come in from the field to take take and some sort of meal. However, in the households of the late 1700s, when the tradition began, it would make sense for the servants, who had been up since dawn to be permitted a mid afternoon meal around two o’clock. They would have eaten breakfast around eight and would have a late supper. 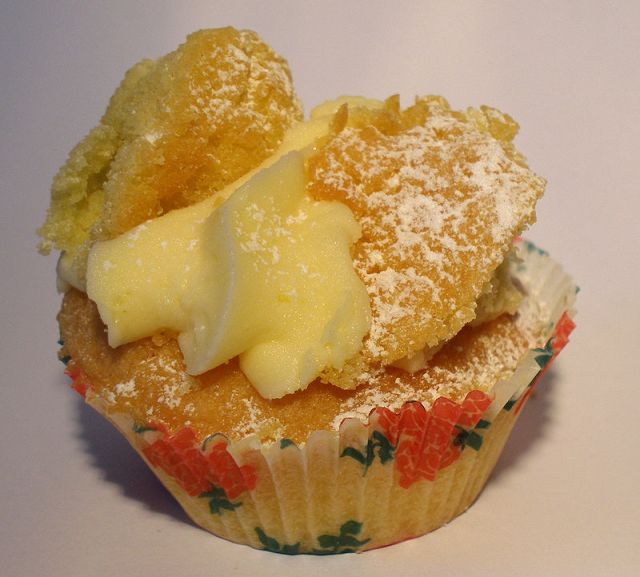 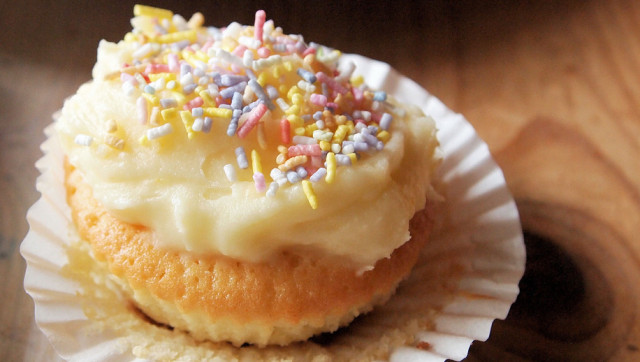 By Jane Austen’s time, afternoon tea, especially for those residing in London, took place around three or four. It is believed that the afternoon tea was followed by a walk in the park in what was known as the “fashionable hour.” In addition to the tea, the house’s hostess would serve her guests or family members some sort of finger sandwiches on thin bread, with no crust. I am particularly found of cucumber sandwiches, but I believe that is more modern than during this time. It would me more likely that the sandwiches had some sort of meat paste or very thin slices of meat. There would be biscuits (what we Americans call “cookies”), small cakes (not petite fours, as we sometimes think), but rather fairy cakes. The Huffington Post describes fairy cakes as such: “Fairy cakes are not, as their name might imply, themed cakes designed and decorated to the liking of fantasy and sci-fi fans. They are, simply stated, smaller versions of cupcakes. They’re widely popular in the UK, and tend not to pile on the icing in the same way that American bakers do with cupcakes. Mich Turner, a British baker and champion of the fairy cake,  describes American cupcakes as having ‘the wrong icing: great wodges of lurid buttercream, rather than the traditional non-fat glace stuff.’ Conversely, fairy cakes use a lighter glace icing. They also are traditionally made with a lighter sponge cake as opposed to the thicker butter cakes used in cupcakes. Alternatively, a fairy cake is a type of cupcake with its top cut off and replaced in two pieces, like wings. These are also called butterfly cupcakes.” As most of those in London during the Season ate supper around 8 PM, it would sense to adopt some sort of mid-day meal, and during the Regency the concept of lunch or “nuncheon” was not universally accepted. 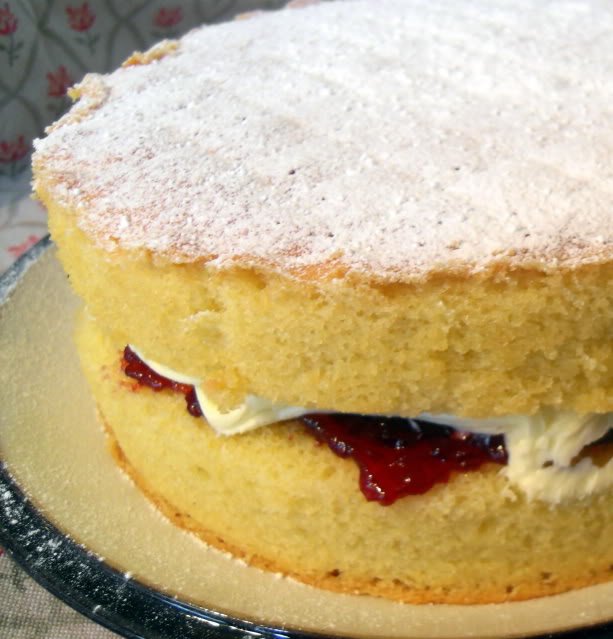 “High Tea” became popular during the Victorian era. “High tea” refers to the height of the tables, not necessarily “High Society.” Low tea would be served on what we might think of as a coffee table, here in the U. S. High tea was served on a table meant for dining. High tea served a more complete meal than did the tea we mentioned above. There would be a choice of bread, some sort of fish (usually salmon, but other fish could be served), roast pork or beef, ham, trifle, sponge cake, fruit tarts, currant teacake, macaroons, sandwich cake (see both the Swedish style with the vegetables and shrimp, as well as the one made of sponge cake and filled with jellies, fruit, etc., above). One would also expect to see a variety of jellies and cheese, as well as clotted cream and butter.

Kathryn Kane on the Regency Redingote says that tea leaves used during the Regency was a coarser mix/chop than we see today. This meant the tea was steeped for a longer period of time, but the larger leaves were easier to strain from the teapot, or Heaven Forbid!, the cup. Kathryn tells us, “Mote skimmers, also called mote spoons, were considered an essential part of any upscale English tea service for well over a century before the Regency began. Yet today, very few people are even aware of the existence of mote skimmers, let alone what they looked like or how they were intended to be used when tea was being served. Though there were some who considered a mote skimmer old fashioned by the time the Regency began, these handy little implements were still a part of a great many family tea services.

“The origin, history and use of the mote skimmer …

“Whether their teapots were made of silver or porcelain, most upper-class households had a set of silver implements which were considered part of their tea service and were brought out when tea was served. At the turn of the nineteenth century, these sets of silver implements typically included a dozen or more silver teaspoons, so that each guest would receive a silver spoon in the saucer when their tea was served to them. However, there were other implements in these silver sets which were meant for use only by the hostess as she brewed and served the tea to her guests. These silver hostess utensils typically included a tea scoop, a set of sugar tongs and a mote skimmer.”