The Irish Rebellion with Guest Author, Alina K. Field, and the Release of “The Viscount’s Seduction”

Today, I welcome one of my newer Beau Monde friends, Alina K. Field. She brings us a bit of the history that influenced her latest release, The Viscount’s Seduction and a lovely excerpt that is certain to entice you.

Research into the life and work of British Spy Master William Wickham for a blog post led me into the often tragic history of Ireland in the late 18th and early 19th centuries. My muse took bits and pieces of that information and spun the backstory of the heroine of the The Viscount’s Seduction, the second book in my Sons of the Spy Lord series.

In the 17th century, the people of Ireland had endured dreadful trials under Oliver Cromwell. By the Georgian era, conditions for the Irish people were still dismal, especially for Roman Catholics.

Inspired by rebellions in America and France, Irish rebels organized as the United Irishmen launched two significant attempts to throw off British rule in 1798 and in 1803. For each attempt, the Irish people had a major martyr, Lord Edward Fitzgerald in 1798 and Robert Emmet in 1803. 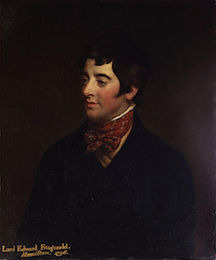 Lord Edward Fitzgerald was the charismatic, well-traveled younger son of a Duke who fought on the British side in the American Revolutionary War, and later served with the British army in Canada. He was radicalized in revolutionary France by Thomas Paine. 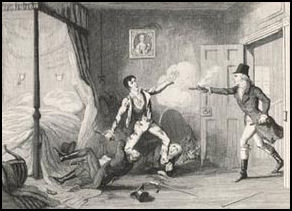 In 1798, Fitzgerald and the United Irishmen were betrayed by one of their own. The authorities were reluctant to arrest a member of a noble Protestant family and would have preferred his escape. His continued plotting forced the government’s hand and a reward was offered for his capture. During his arrest, Fitzgerald received what was thought to be a minor wound, but he died several days later from infection.

To bring the rebellious Irish under political control, the English forced through the Act of Union, abolishing the Irish Parliament and creating the United Kingdom of Great Britain and Ireland. Promises of Catholic emancipation were vetoed by the king, and Irish rebels, both Catholic and Protestant, continued to plot. 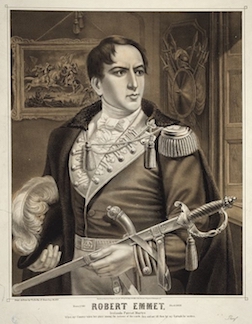 Robert Emmet was a Protestant doctor’s son who became involved in the cause of Irish nationalism at Trinity College. During the 1798 revolt, he avoided arrest by fleeing to the Continent, and once there, tried again to secure French help for the Irish cause. His 1803 rebellion failed, and he was arrested and executed in Dublin. 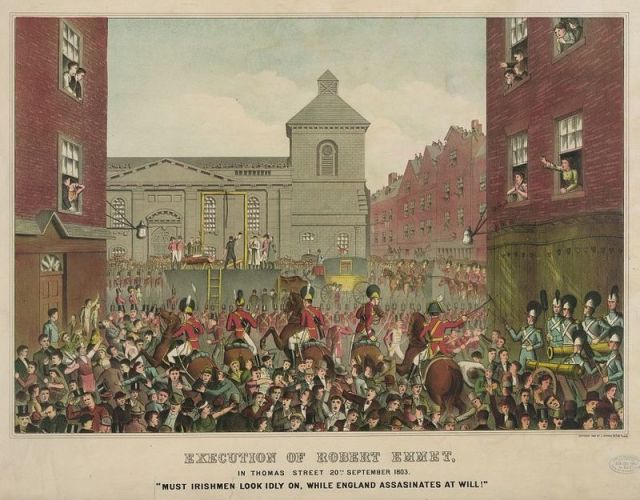 Throughout this period, the British paid bribes, recruited spies, and turned some rebels into informers, trying to stay ahead of the revolutionaries. William Wickham was Irish Chief Secretary during the 1803 rebellion, and he resigned soon after the execution of Emmet. He is quoted as saying he couldn’t enforce laws that were “unjust, oppressive, and unchristian,” and regarding Emmet “had I been an Irishman, I should most unquestionably have joined him.”

This is the background for my heroine, Lady Sirena Hollister, daughter of an Irish earl and sister of a man believed to be an Irish traitor. 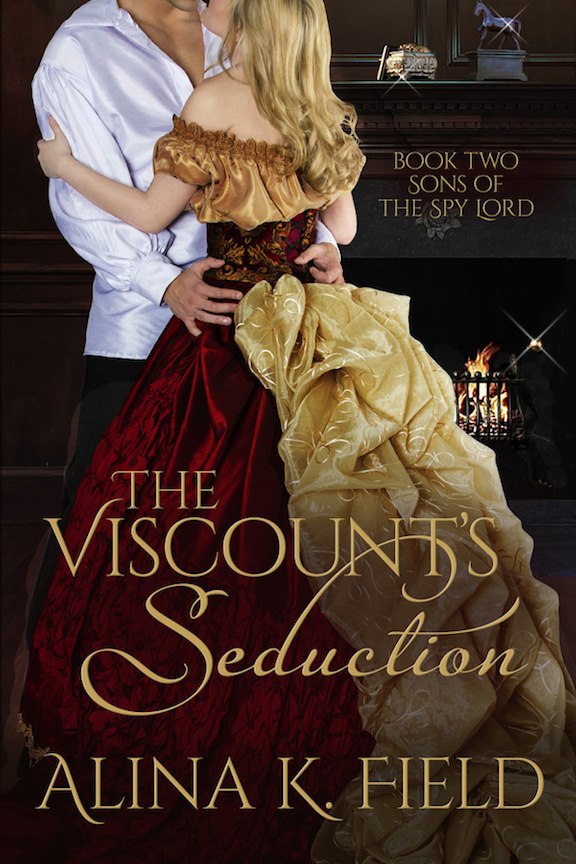 Introducing The Viscount’s Seduction: Book Two of the Sons of the Spy Lord Series, releasing September 12, 2017

He’s in no rush to marry…until the dreadfully unsuitable Lady Sirena Hollister crosses his path.

Searching for the Truth

Lady Sirena Hollister has lost her family, her home, and even her fey abilities, but somehow the fairies have handed her an unexpected chance at a Season in London. From her place on the fringes of high society, she resolves to find the truth about her only brother’s vanishing, and settle her family’s score with the wily English Spy Lord, the Earl of Shaldon. Soon enough, her schemes stir up an unknown enemy…and spark danger of a different sort, in the person of the Earl’s handsome heir, Viscount Bakeley.

The impertinent hoyden Bakeley met years earlier was as wild as her Irish roots, and just as unlucky. And she’s still an Irish traitor’s sister! But Lady Sirena has grown into a beauty whose charm and courage intrigue him. When danger threatens, Bakeley comes to her rescue, risking scandal, the ton’s disapproval, his interfering father’s ire…and his own heart.

Thump-thump. “Go and rescue that fool. He’s attempting to stand up with her again,” Lord Shaldon said.

“Go. I know you’re in no danger of beguilement.”

“I’m in no danger of getting another glass of punch either.”

He searched the room for his brother’s tawny hair. Charley was indeed preparing to stand up again with the same partner. Nodding to acquaintances, he wove through the crowd, reached his brother, and moved him aside.

And his heart launched into a gallop. The beauty that Charley was with—and she was a rare beauty—stared soulfully up at him. The blondest of hair shimmered and gray eyes glowed luminous in the light of many candles.

“How do you do?” Only manners honed by many years of encounters with the fairer sex kept him from stumbling over his words. He bowed. “Charles, Father commands your appearance. I am Bakeley, miss. I hope you do not mind dancing with an older brother.”

Charley sighed, and then shrugged, a grin spreading. “My apologies, my lady. This is not a proper introduction, but it will have to do. This is my brother, Lord Bakeley.”

The lady’s cheeks went unaccountably pink and she ducked her head in a curtsey.

Drat. She perhaps knew him, but he didn’t recognize her. So she was a lady, and beautiful. Was she also rich?

They took their place in the line. Damn, but he should have examined her when Charley had picked her out.

When she moved in a turn around the next gentleman, he looked her over as discreetly as possible. She was a thin little thing in her blue silks, not as plump as he normally liked. What he knew about dresses was almost nothing, but this one seemed to fit with the current fashions, though it had less of the flounces, ribbons, and fluttering pieces.

Which, in his estimation was good.

And it was not white, which meant she was not making her first bows.

A widow, perhaps. She smiled up at him on the next turn. A young widow, and not terribly willing. That smile had been tight and polite.

They went down the middle together and waited through a set. “I don’t believe we’ve met before. Is your family in town for the Season? Is your husband active in Parliament?”

She blinked and her eyes widened.

Not married, then. “I beg your pardon. Your title is from your father?”

They were interrupted again by the need to turn, and he concentrated momentarily on the dance.

When they came together again, her lips had curved up and her eyes gleamed with humor. “You are Shaldon’s heir, are you not?”

More infernal turning. Would this dance never end so he could find out who she was?

They marched down the center together again. Where her hand touched his arm, he felt a delicate heat.

“And isn’t this always the problem, Lord Bakeley, when a lord and lady dispense with a proper introduction?”

He heard it then: the slightest lilt, the tiniest burr. They parted to go round the next couple in line and came together again.

The dance ended and she curtsied, dipping her chin and rising again with a grin. 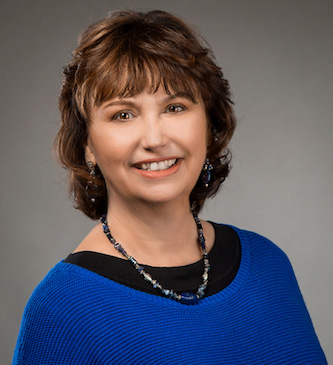 Award winning author Alina K. Field earned a Bachelor of Arts Degree in English and German literature, but her true passion is the much happier world of romance fiction. Though her roots are in the Midwestern U.S., after six very, very, very cold years in Chicago, she moved to Southern California and hasn’t looked back. She shares a midcentury home with her husband, her spunky, blonde, rescued terrier, and the blue-eyed cat who conned his way in for dinner one day and decided the food was too good to leave. 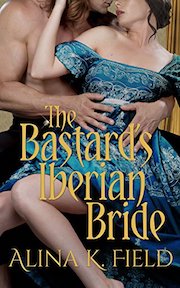 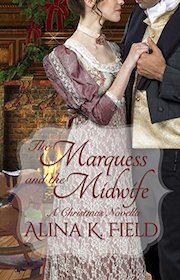 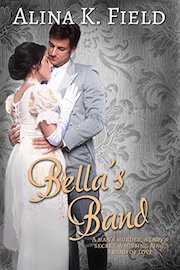 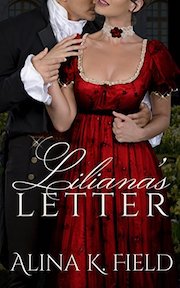 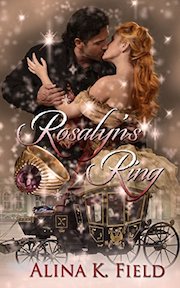 9 Responses to The Irish Rebellion with Guest Author, Alina K. Field, and the Release of “The Viscount’s Seduction”