How Do We Define the Genre for Jane Austen’s Novels? a Guest Post from Victoria Kincaid

This piece appeared on Austen Authors in May 2017, but I thought some of you might enjoy Ms. Kincaid’s analysis. Read on. 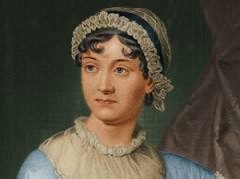 Earlier, I wrote of Austen and the Rise of the Novel and how Jane Austen played a role. I thought that in today’s post I would address the simple question: Into what genre of fiction does Austen fit? But answering that question turned out to be a lot harder than I expected.

I had actually expected the question to be fairly easy to answer. She was a…Well…she wrote like a…Okay, her style was…. The fact is that Austen’s genre is hard to pin down. Today many people would consider her genre to be historical romance, but of course, that category didn’t exist in her day, and her books wouldn’t have been considered historical when she was writing them. The idea of “romantic” doesn’t necessarily fit either. Romantic literature at that time often had to do with prioritizing human emotions and imagination—as well as emphasizing the beauty of nature. It didn’t have the same connotation that it does today: primarily concerning romantic/erotic love between two human beings. Thus Austen’s readers would have considered Wordsworth’s poems, Walter Scott’s novels, or Mary Shelley’s Frankenstein to be examples of romanticism; but they would not necessarily have given that label to most of the novels we consider romances today.

Another label that has been suggested for Austen’s works is comedy of manners, which is exemplified by Restoration comedies or Oscar Wilde’s The Importance of Being Earnest. Yet, those plays have a brittle humor not demonstrated by Austen’s works and lack her seriousness of purpose. In those works, poking fun at social convention is the primary goal and the happiness of the characters is secondary. Shakespeare’s Much Ado About Nothing is also called a comedy of manners; and Elizabeth and Darcy sometimes resemble a Regency era Beatrice and Benedick. However, both Much Ado and Austen’s works have more drama and a greater seriousness of purpose than many of the typical comedies of manners—so I would not say it is an entirely accurate description.

Since the novel itself was still a relatively new literary form when Austen was writing, it was still quite malleable and without as many established traditions as older forms. Still, many novels had been written before Austen herself started to write. Many of the novels Austen read were in the “sentimental novel” tradition—which valorizes “fine feeling” and emphasizes scenes of distress and tenderness—and many others were in the gothic tradition—full of crumbling castles, thrilling villains, and trapped heroines. Austen’s novels (particularly Northanger Abbey and Emma) famously poked fun at these genres, but she was not free of their influence either. Her novels do feature women who face distress and tenderness and threats to their virtue or who are trapped by social circumstances, if not by portcullises and moats. So her novels can be said to have elements of these genres while not fully belonging to them.

Austen herself often saw her books fitting into a genre of realism which had a slender yet noble tradition that included Daniel Dafoe (Robinson Crusoe), Henry Fielding (Tom Jones), and Samuel Richardson (Pamela). All of these novels were considered to have greater realism—often greater psychological insight—than other novels of the era. Yet, even in this tradition, Austen stands out. These “realistic” novelists tend to pick sensationalistic subjects and larger-than-life characters. Austen described ordinary people in everyday situations: dances, walks in the country, dinners, polite conversation. One critic calls this approach “social realism.”

And there is yet another candidate for Austen’s genre; there is no doubt that her stories are comedies or that that describe romances. So “romantic comedy” seems like an obvious label. Yet Austen’s books don’t exactly follow the familiar formula from today’s romantic comedies. Much of Austen’s comedy, for example, comes from social satire of the people around the hero and heroine, rather than that typical romantic comedy staple: humorous situations that the couple find themselves in. In fact, I find Austen’s use of comedy strikingly specific—as if humor helped to leaven the criticism that Austen, a woman, was aiming at a male-dominated world.

Meet Victoria Kincaid: Victoria has a Ph.D. in English literature and has taught composition to unwilling college students. Today she teaches business writing to willing office professionals and tries to give voice to the demanding cast of characters in her head. She lives in Virginia with her husband, two children who love to read, a cute (but clumsy) puppy, and an overly affectionate cat. A lifelong Jane Austen fan, Victoria confesses to an extreme partiality for the Colin Firth miniseries version of Pride and Prejudice. 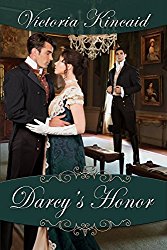 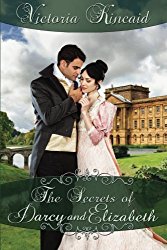 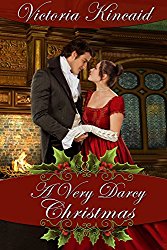 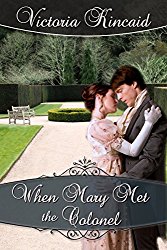 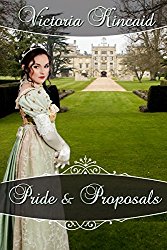 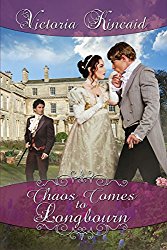 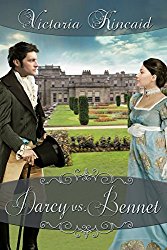 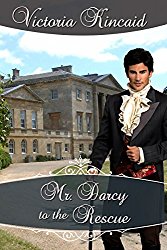