Posted on August 7, 2017 by reginajeffers 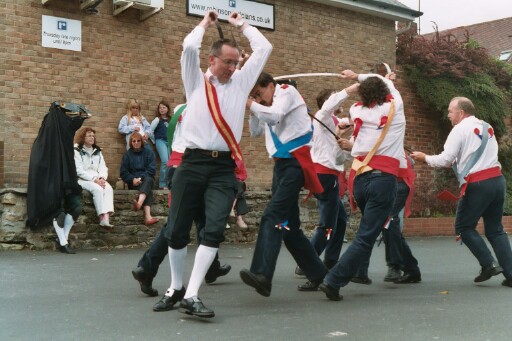 Sir Walter Scott wrote in his diary of the Shetland Sword Dance on 7 August 1814. “At Scalloway my curiosity was gratified by an account of the sword-dance, now almost lost, but still practiced in the Island of Papa…. There were eight performers, seven of whom represent the Seven Champions of Christendom, who enter one by one with their swords drawn, and are presented to the eighth personage, who is not named. Some rude couplets are spoken (in English, not Norse), containing a sort of panegyric upon each champion as he is presented. They then dance a sort of cotillion going through a number of evolutions with their swords.”

In a note to The Pirate (1821) Scott adds: “I am able to add the words sung or chanted, on the occasion of this dance, as it still performed in Papa Stour, a remote island of Zetland …. [The play is inserted here.] The manuscript from which the above was copied was transcribed from a very old one…. Mr. Henderson’s copy is not dated, but bears his own signature, and from various circumstances, it is known to have been written about the year 1788.”

The Shetland Sword Dance finds its roots as far back as does Beowulf. It is likely from the late 16th Century. Some versions have a leader who has ‘a fox’s skin, generally serving him for a covering and ornament to his head, the tailing hanging down his back” (J. Wallis, Hist. of Northumberland, II, 28). This “fool” or “tommy” was accompanied by a “bessy,” a man in woman’s clothes. In this debased version the comedy became grotesque. 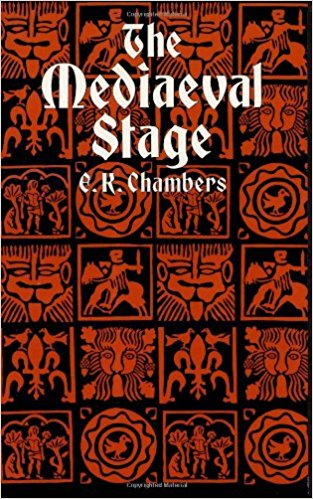 Originally, the sword dance was a mimetic representation of war, but in The Medieval Stage (I, 203), E. K. Chambers tells us, “It belongs to the cult of Mars, not as war-god, but in his more primitive quality of a fertilization spirit.”  Using swords suggest a symbolical sacrifice, as a prayer in agricultural worship for fertility. Therefore, some believe the play was a symbolized the death of winter. The play is most assuredly meant as a form of worship. In its later form it became a real, but questionable, influence on drama.

The Shetland Folk Festival (see video at this link) says, “The Papa Stour Sword Dance is a masque which represents the age-old theme of the struggle between good and evil. The forces of good are the Seven Champions of Christendom, St James of Spain, St Dennis of France, St David of Wales, St Patrick of Ireland, St Anthony of Italy, St Andrew of Scotland and they are led by St George of England who introduces them in a long speech in verse. Music is supplied by the Minstrel. They then link up in a circle and the dance contains seven figures. The movement of the swords represents the battle, and evil is finally vanquished by the spectacular climax. St George then bids farewell to the onlookers and heads the Seven Champions off stage.”

“The dance, although originating in Papa Stour, is now performed by a group of men from the Shetland Mainland. It is an incredible 49 years since the Sword Dance was last performed by a Papa Stour based team. The Papa Stour Sword, one of only 6 traditional Sword Dances left in the British Isles, currently boasts both a junior and senior team, with around 25 active performers scattered throughout Shetland!”

(Enter the Master in the character of Saint George)

Brave gentiles all within this boor

If ye delight in any sport,

Come see me dance upon this floor,,

Which to you all shall yield comfort.

Then shall I dance in such a sort

As possible I may or can.

You minstrel man, play me a Porte,

That I on this floor may prove a man.