Regency Era Lexicon – Next Up is the Letter “G” 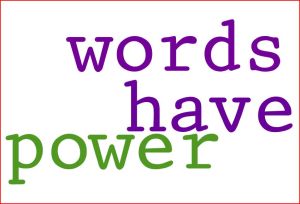 Gaiters – knee-high leggings that buttoned on the side; a master would wear these over his clothing to protect them from mud, dirt, and rain

Gamekeeper – oversaw the protection and breeding of game on an estate

Garter – the Order of the Garters was the highest order of knighthood; members outranked baronets; generally bestowed only on peers

Gated – to be gated was to be confined to the grounds of a college; a punishment for undergraduate students at a university

Gazette – a nickname for the London Gazette; a publication that listed governmental appointments and bankruptcies (“to be gazetted” was to have received a government appointment) (“to be in gazette” was to have gone bankrupt)

Genteel Poverty – usually the state for widowed or single women; being able to associate with the gentry, but living in a second-class manner

Gentlemen – male members of the landed gentry, along with noblemen and those of lesser titles (knight or baronet)

Gentleman Farmer – a man who farmed a sizable amount of land but less than 300 acres; came below the gentry in social hierarchy

Gentry – landowners below the nobility in the social hierarchy; owned at least 300 acres

Glebe – also known as “Church furlong” or “parson’s closes”; an area within a manor and parish used to support the parish priest; an area of land belonging to a benefice in both the Roman Catholic and the Anglican church; the property, along with the parsonage house and grounds, assigned to support the priest; granted by the lord of the manor in which the church was situated; the holder of the benefice could retain the glebe for his own use (usually agricultural endeavors) or he could lease it to others and retain the rents as his own income

George III – (4 June 1738 – 29 January 1820) King of Great Britain and King of Ireland beginning on 25 October 1760; later made King of Hanover on 12 October 1814; during his reign, Great Britain defeated the French in the Seven Years’ War; became the dominant European power in both North America and India; lost the American War of Independence to the colonists; and defeated Napoleon at the Battle of Waterloo in June 1815

George IV – (12 August 1762 – 26 June 1830) King of the United Kingdom of Great Britain and Ireland and also King of Hanover after his father’s death; from 1811 until his accession, he served as Prince Regent during his father’s mental illness

Georgian England – a period of British history, which takes its name from, and is normally defined as spanning the reigns of the first four Hanoverian kings of Great Britain: George I, George II, George III, and George IV; covers the period from 1714 to 1830 (with the sub-period of the Regency from 1811 to 1820, when George IV served as the Prince Regent); occasionally, the short reign of William IV (1830-1837) is included in the period; the term “Georgian” is used chiefly in referring to social history and architecture

Gordon Riots – on 2 June 1780, 50,000 rioters marched on Parliament in opposition to the Roman Catholic Relief Act of 1778; the act removed some of the more extreme discriminatory measures officially taken against the Catholics, especially requiring military recruits to swear an oath of allegiance to the Church of England

Gout – a hereditary disease, which is aggravated by the consumption of too much protein; results in swollen joints

Grand Tour – when a young made graduated from the university or finished his formal education, he often went on a Grand Tour: a journey across Western Europe, which included Italy and France; an opportunity to learn modern languages (French, German, Italian, etc.); associated with wealthy and titled families on the Continent; toured famous cities and sites; attended numerous parties where he learned something of exotic foods and foreign customs; lasted between 2-4 years

Grange – an isolated farmhouse owned by a member of the gentry

Greatcoat – a large overcoat worn outdoors; had several short collars known as capes about the shoulders

Greengrocer – a man who sells fruit and vegetables

Gretna Green – a village in the south of Scotland on the old coaching route from London to Edinburgh; a popular spot for those ignoring English laws of marriage and eloping; “being married over the anvil”

Groat – nickname for a fourpence

Groom – the servant who tended the horses

Grosvenor Square – a fashionable square in London; a part of Mayfair

Gruel – a food staple of the peasant class; made from some sort of cereal (oat, wheat, rye, rice, millet, hemp, barley, chestnut flour, or in the case of the English, corn) boiled in water or milk; often given to invalids and recently-weaned children; used in institutions and workhouses because it was a “hearty” sustenance and cheap to make