From Where Does That Phrase Come?

Posted on November 14, 2014 by reginajeffers

This first one is for Brian, who spoke of a preference for the word in one of my recent posts. 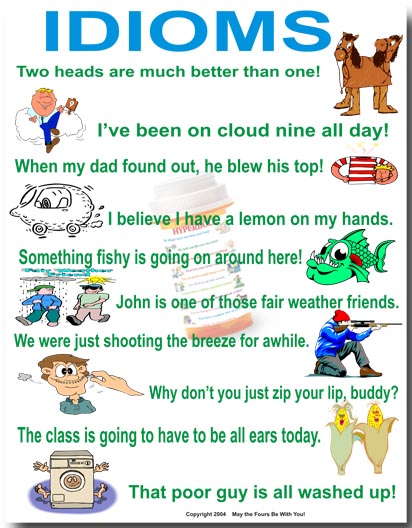 Codswallop ~ Unknown, attested from 1959 episode of UK TV series Hancock’s Half Hour. The writers (Galton and Simpson) state that the phrase was in general use when the show was broadcast. A national TV appeal in the UK in 2006 failed to find earlier references. Originally written (1963) codswallop, spelling cod’s wallop is later.

Various etymologies are proposed from some sense o(as in codpiece), from cod (“joke, imitation”) + wallop (“beer (slang)”), hence cod + wallop “imitation beer” (with interconsonantal -s- to ease pronunciation of -dw-), or from cod (“fish”) (some part of the fish, as from fishing industry).

A frequently given etymology, rejected as a folk etymology, derives it from Hiram Codd, British soft drink maker of the 1870s, known for the eponymous Codd-neck bottle, with the suggestion that codswallop is a derisive term for soft drinks by beer drinkers, from Codd’s + wallop (“beer (slang)”) “Codd’s beer (sarcastic).” This is widely rejected – there is no evidence that early uses had this sense, the slang wallop (“beer”) comes later than Codd’s lifetime, initial spellings (1963 in print) do not reflect such a derivation (*Codd’s wallop and *coddswallop with -dd- are not found), and there is an 80 year gap between proposed coinage and attestation.

This is also the name given to the wooden device placed over the neck of a codd bottle and given a push (wallop) to dislodge the marble in the neck of the bottle. The word has also been used to describe the process of opening a codd bottle.

Kentish Fire. Rapturous applause, or three times three and one more. The expression originated with Lord Winchelsea, who proposed the health of the Earl of Roden, on 15 August 1834, and added, “Let it be given with the ‘Kentish Fire.’” In proposing another toast he asked permission to bring his “Kentish Artillery” again into action. Chambers, in his Encyclopædia, says it arose from the protracted cheers given in Kent to the No-Popery orators in 1828–1829.

Dutch comfort – Frances Grose in The Dictionary of the Vulgar Tongue (1811) says this in comfort derived from a situation not being any worse than it is. From E. Cobham Brewer (1810-1897) in the Dictionary of Phrase and Fable (1898) we find, “‘Tis a comfort it was no worse. The comfort derivable from the consideration that how bad soever the evil which has befallen you, a worse evil is at least conceivable.”

Dutch uncle is a term for a person who issues frank, harsh, and severe comments and criticism to educate, encourage, or admonish someone. Thus, a “Dutch uncle” is a person who is rather the reverse of what is normally thought of as avuncular or uncle-like (which would be indulgent and permissive)

Origins ~ During the Anglo-Dutch Wars between England and the Netherlands in the 17th century, the English language gained an array of insults (including “Dutch uncle”), such as:

These colorful (though now incongruous) phrases became part of English usage worldwide, and some are still in use.

Alternative Explanations ~ One other proposed explanation is that the term, often expressed as “talk to one like a Dutch uncle,” originated in the early 19th century as an allusion to the sternness and sobriety attributed to the Dutch. Dutch behaviour is defined in the book Culture Shock! Netherlands: A Survival Guide To Customs and Etiquette as “practical, direct, outspoken, stubborn, well-organised, blunt and thinking they are always right.” According to that particular source, these are the alleged reasons behind the English term “Dutch uncle.” Another book that advocates this theory is The UnDutchables, which assigns comparable characteristics to Dutch people: “not lacking in self-esteem … caught up in a cycle of endless envy … always speak their mind … frank, obstinate, blunt,” basically summed up by the phrase “the natives thrive on shaking their fingers at and scolding each other.”

“Your currency was Spanish coins.” From the Online Etymology Dictionary, we find “small Spanish silver coin,” 1580s, from Spanish real, noun use of real (adj.) “regal,” from Latin regalis “regal.” Especially in reference to the real de plata, which circulated in the U.S. until c.1850 and in Mexico until 1897. The same word was used in Middle English in reference to various coins, from Old French real, cognate of the Spanish word.
The old system of reckoning by shillings and pence is continued by retail dealers generally; and will continue, as long as the Spanish coins remain in circulation. [Bartlett, “Dictionary of Americanisms,” 1848]
He adds that, due to different exchange rates of metal to paper money in the different states, the Spanish money had varying names from place to place. The Spanish real of one-eighth of a dollar or 12 and a half cents was a ninepence in New England, one shilling in New York, elevenpence or a levy in Pennsylvania, “and in many of the Southern States, a bit.” The half-real was in New York a sixpence, in New England a fourpence, in Pennsylvania a fip, in the South a picayune.

From Money, Pirates of the Caribbean, in Fact and Fiction, we discover, “During the Golden Age of Piracy, Spain minted coins in silver and gold. The silver coins were known as Reales (Reals) and the gold coins, Escudos (Escudo) The chart below shows the denomination of each coins minted. The famous ‘Piece of Eight’ was an 8 reale silver coin that had a distinctive “8” stamped into it. It was the largest of the silver coins weighing approximately one ounce. …By comparison the British Shilling was 1/20 ounce of silver. Thus 20 shillings made up the British Pound ( £ ). The British pound was the equivalent worth of the Colonial dollar ($) or piece of eight. (at least in weight) However, the British Crown frowned up foreign currency being used in its colonies and would often give a much lower rate of exchange on official transactions. By the time of the American revolution, Spanish or ‘Miller Dollars’ as they became known were being exchanged at the rate of 4-8 shillings to the dollar. This is between 1/4 to 1/2 their actual value in silver! Also by comparison there were 240 British pennies (240 pence) to £1.00 Stirling. Because of this the smaller British coins were often used interchangeably with the Spanish coins, 6 pence being worth slightly less than a 1/4 reale. The English 1/2 penny (pronounced hay-penny) was one of the smaller coins in common usage.”

Come to Loggerheads (or) At Loggerheads ~ From Dictionary.com, we discover, “n.
1580s, “stupid person, blockhead,” perhaps from dialectal logger “heavy block of wood” + head (n.). Later it meant “a thick-headed iron tool” (1680s), a type of cannon shot, a type of turtle (1650s). Loggerheads “fighting, fisticuffs” is from 1670s, but the exact notion is uncertain, perhaps it suggests the heavy tools used as weapons. The phrase at loggerheads “in disagreement” is first recorded 1670s.

From Phrase Finder, we learn, “‘At loggerheads’ is of UK origin. The singular ‘loggerhead’ occurs as a name in several contexts – as a species of turtle, a bird and as a place name. Originally, a loggerhead was none of these, but was used with the meaning of ‘a stupid person – a blockhead’. Shakespeare used it that way in Love’s Labours Lost, 1588:

“Ah you whoreson logger-head, you were borne to doe me shame.”

A ‘logger-head’ was literally a ‘block-head.’ A logger was a thick block of timber which was fastened to a horse’s leg to prevent it from running away. In the 17th century, a loggerhead was also recorded as ‘an iron instrument with a long handle used for melting pitch and for heating liquids.’ It is likely that the use of these tools as weapons was what was being referred to when rivals were first said to be ‘at loggerheads’.

The first known use of the phrase in print is in Francis Kirkman’s, The English Rogue, 1680:

“They frequently quarrell’d about their Sicilian wenches, and indeed… they seem… to be worth the going to Logger-heads for.”

The next year saw the printing of The Arraignment, Trial, and Condemnation of Stephen Colledge. In that text the author makes a clear link between loggerheads and fighting:

“So we went to loggerheads together, I think that was the word, or Fisty-cuffs.”

Incidentally, ‘fisticuffs’ is another two-word term from around the same date that was later amalgamated into a single word. A cuff was a blow with the open hand. A fisty cuff was a cuff using the fist, that is, a punch.

Following the departure of the clown William Kemp from The Lord Chamberlain’s Men, the troupe of actors with whom William Shakespeare worked for most of his writing and acting career, his place was taken by Robert Armin. In 1605, the diminutive clown Armin, a.k.a. ‘Snuff, the Clown of the Globe,’ had a stab at writing and came up with Foole upon Foole. In this piece he makes the first recorded reference to ‘fisty cuffs’:

“The foole… falls at fisty cuffes with him.”

‘Loggerheads’ is also the name of three small towns in the UK – in Staffordshire, in Lancashire and in Mold, North Wales. As is ‘de rigueur’ when a town might have reason to claim to be associated with some phrase or another, each town’s residents claim ‘at loggerheads’ originated in their home-town. Alas, despite the early citations referring to ‘going to’ loggerheads, this isn’t the case. The towns were named after the term, not the other way about. Nevertheless, the use of ‘loggerheads’ as a place name has been a boon to stand-up comedians of the ‘take my wife…’ fraternity. They have been trotting out this classic for years:

‘I’m going on holiday – a fortnight at Loggerheads with the wife’.”

Plain as a Pikestaff ~ Oxford Dictionary says the phrase means “ordinary or unattractive in appearance” or use as a simile to mean “extremely clear and plain to see.” We also find the phrase written “as plain as a packstaff,” the staff being that of a pedlar, on which he rested his pack of wares. From Brewer’s Dictionary of Phrase and Fable, we have “Plain as a pikestaff. Quite obvious and unmistakable. The pikestaff was the staff carried by pilgrims, which plainly and somewhat ostentatiously announced their “devotion.” It has been suggested that “pikestaff” is a corruption of “pack-staff,” meaning the staff on which a pedlar carries his pack, but there is no need for the change.

3 Responses to From Where Does That Phrase Come?