The Great Stock Exchange Fraud of 1814 was a hoax or fraud centered on false information about the then-ongoing Napoleonic Wars, affecting the London Stock Exchange in 1814.

The du Bourg Hoax
On the morning of Monday, 21 February 1814, a uniformed man posing as Colonel du Bourg, aide-du-camp to Lord Cathcart, arrived at the Ship Inn at Dover, England, bearing news that Napoleon I of France had been killed, and the Bourbons were victorious. Requesting that this information be relayed on to the Admiralty in London via semaphore telegraph, “Colonel du Bourg” proceeded on toward London, stopping at each inn on the way to spread the good news. At about noon, confirmation for the news of peace arrived in the form of another coach, which circulated throughout London, bearing three French officers who distributed leaflets celebrating the Bourbon victory.

Effects on the Stock Market
Rumors of Napoleon’s defeat had been circulating throughout the month, and the combined events had a significant impact on the London Stock Exchange. The value of government securities soared in the morning, after the news from Dover began to circulate among traders at the Exchange. Lacking official confirmation of the news, prices began to slide after the initial rush, only to be further propped up at noon by the French officers and their handbills.

However, the entire affair was a deliberate hoax. In the afternoon, the government confirmed that the news of peace was a fabrication. The affected stocks’ prices immediately sank to their previous levels.

Investigation
The Committee of the Stock Exchange, suspecting deliberate stock manipulation, launched an investigation into the hoax. It was soon discovered that there had been a sale that Monday of more than £1.1 million of two government-based stocks, most of it purchased the previous week. Three people connected with that purchase were charged with the fraud: Lord Cochrane, a Radical member of Parliament and well-known naval hero, his uncle the Hon. Andrew Cochrane-Johnstone, and Richard Butt, Lord Cochrane’s financial advisor. Captain Random de Berenger, who had posed both as du Bourg and as one of the French officers, was soon arrested, and a guilty verdict was returned against all three charged in the case. The chief conspirators were sentenced to twelve months of prison time, a fine of £1,000 each, and an hour in the public pillory. Lord Cochrane was also stripped of his naval rank and expelled from the Order of the Bath.

Culpability of Lord Cochrane
Though convicted of the fraud, Lord Cochrane continued to assert his innocence. In 1816, he brought an (unsuccessful) charge of “partiality, misrepresentation, injustice and oppression” against Lord Ellenborough, the presiding judge in his case. Popular opinion certainly backed Cochrane; his sentencing was followed by his re-election to the House of Commons for Westminster, and, due to public outcry over his treatment, the punishment of the pillory was officially discontinued in Britain.

Lord Cochrane continued to petition the government for redress; in 1832, he was granted a free pardon, including reinstatement to his rank of Rear Admiral. Restoration of the Order of the Bath and other honors followed in the subsequent decades, and, in 1877, a Select Committee found that his treatment since 1832 constituted “nothing less than a public recognition by those Governments of his innocence.”

Literary References
Security speculation based on allegedly accurate news delivered by semaphore telegraph forms a plot event in the novel The Count of Monte Cristo (published 1844).

The Great Stock Exchange Fraud forms the basis for the 11th novel in Patrick O’Brian’s Aubrey–Maturin series, The Reverse of the Medal (published 1986).

Lord Cochrane is a central figure in the end of my Jane Austen-inspired novel, Captain Wentworth’s Persuasion (published March 2010). 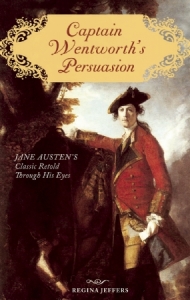 Note! In the terminology of 1814, stocks refer to interest-bearing securities of the type that are today called bonds.