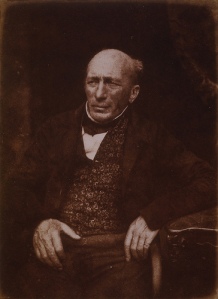 Known at Captain Barclay, Robert Barclay Allardice was in Scotland in August 1777. Compared to his sedentary contemporaries, Barclay was one of the most athletic men of his time. Barclay came by his athletic tendencies honestly. His family is said to have wrestled bulls, to carry flour sacks in their teeth, and to have uprooted trees with their bare hands. According to tales of his prowess, Barclay could lift an 18 stone man from the floor to a table with one hand, and he was most proficient in hammer throwing and caber tossing.

Captain Barclay’s father was Robert Barclay (1732–1797), 5th of Ury, a member of an ancient Scottish family, and great-grandson of Robert Barclay (1648–1690), 2nd of Ury, who published in 1678 a noted Apology (i.e. defence) for the Quaker faith. The banking Barclay family which founded Barclays Bank were descended from this 2nd Laird.

Robert Barclay married, in 1776, Sarah Ann Allardice, a descendant of Robert II of Scotland and of the Earls of Airth, Menteith, and Strathearn. In recognition of the nobility of his wife’s family, Robert Barclay thenceforth took the surname of Allardice.

Several of the Barclay family were noted for unusual strength. The 1st Laird of Ury was reputed one of the strongest men in the country at the time of the English Civil War, and Robert Barclay Allardice senior was himself a noted pedestrian, who once walked 510 miles (820 km) from Ury to London in 10 days.

Captain Barclay made his home at Fritwell Manor in Oxfordshire.

He was nicknamed the “Celebrated Pedestrian” because of his endurance in long distance walking, which was a popular spectator sport in the late 18th and early 19th centuries. Barclay was known to wager on the events, and he earned a small fortune as a competitor. Reportedly, Barclay would “sweeten” the pot by a bit of gamesmanship. For example, he supposedly wager 1000 guineas that he could walk 90 miles in 21 hours. However, he was said to have gotten a cold and lost the bet. Barclay then increased the wager to 2000 guineas, which he lost again. On his third try, the wager had grown to 5000 guineas, which he won with an hour to spare.

His most famous feat came at Newmarket in 1809. Over a 42 day period (1 June – 12 July), Barclay walked 1000 miles in 1000 hours. He covered one mile every hour continuous for 1000 hours. At the beginning of his task he walked his first mile in 14 minutes and 54 seconds. By the last week, his time averaged 21 minutes and 4 seconds. Over 10,000 people watched the event over the six weeks Barclay competed. He won a large purse for his efforts.

The enterprise quite caught the public imagination. The Times, which carried little in the way of general interest news, printed this report:

The gentleman on Wednesday completed his arduous pedestrian undertaking, to walk a thousand miles in a thousand successive hours, at the rate of a mile in each and every hour. He had until four o’clock P.M. to finish his task; but he performed his last mile in the quarter of an hour after three, with perfect ease and great spirit, amidst an immense concourse of spectators. The influx of company had so much increased on Sunday, that it was recommended that the ground should be roped in. To this, Captain Barclay at first objected; but the crowd became so great on Monday, and he had experienced so much interruption, that he was at last prevailed upon to allow this precaution to be taken. For the last two days he appeared in higher spirits, and performed his walk with apparently more ease, and in shorter time than he had done for some days before. With the change of the weather, he had thrown off his loose great coat, which he wore during the rainy period, and on Wednesday performed in a flannel jacket. He also put on shoes thicker than any which he had used in the earlier part of his performance. He said that during the first night after his walk he would have himself awaked twice or thrice, to avoid the danger of a too sudden transition from almost constant exertion to a state of long repose.

One hundred to one, and indeed any odds whatever, were offered on Wednesday; but so strong was the confidence in his success, that no bets could be obtained. The multitude of people who resorted to the scene of action, in the course of the concluding days, was unprecedented. Not a bed could be procured on Tuesday night at Newmarket, Cambridge, or any of the towns and villages in the vicinity, and every horse and every species of vehicle was engaged. Among the Nobility and Gentry who witnessed the conclusion of this extraordinary feat, were the Dukes of Argyle and St. Alban’s; Earls Grosvenor, Besborough, and Jersey; Lords Foley and Somerville; Sir John Lode, Sir F. Standish, &c. &c.

Capt Barclay had a large sum depending upon his undertaking. The aggregate of the bets is supposed to amount to £100,000.—He commenced his feat on the first of June.

In a 1813 book (Pedestrianism), Walter Thorn includes a detailed list of Barclay’s exploits, as well as a chapter on the “Captain’s” family history and another on Barclay’s training methods. Barclay did not adhere to a strict training program, and he held a reputation for purging and sweating, as well as the eating of meat. This techniques were widely used throughout much of the 19th Century.

Thorn describes Barclay’s competition clothing as consisting of a wool suit and socks, a cravat and a top hat. Barclay would bend forward when walking and take short steps. He lifted his foot only a few inches off the ground. If one has ever seen race walkers, he can understand the transition to the current style. Contemporary race walkers must meet the following guidelines.

Barclay also took an interest in pugilism and served as a trainer for Tom Cribb, the bare knuckles Champion of the World in 1807. Captain Barclay’s rank was in the 23rd Regiment of Foot, which he joined in 1805. In 1809 he served as aide-de-camp to the Marquess of Huntly on the ill-fated Walcheren campaign, starting out just 5 days after the completion of the 1000-mile feat.

In addition to being a successful soldier, Barclay invested heavily in the Defiance Stagecoach Line between Aberdeen and Glasgow. He reportedly once took the London mail to Aberdeen, a feat which kept him in the driver’s seat for three days and nights.

Captain Barclay claimed the Earldom of Airth, his lawyers claiming that this title could be inherited through the female line. The claim was rejected by the House of Lords in 1839. A similar claim to the Earldoms of Menteith and Stathearn was not pursued. A curious aside to the latter claim is that it would have implied that Captain Barclay was the rightful King of Scotland.

Ironically, he was kicked by a horse in 1854 and died several days following from paralysis. The only surviving child from his marriage was a daughter who settled in America.