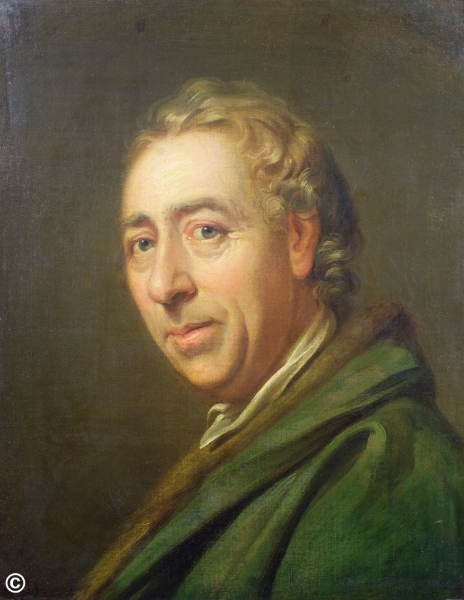 The fifth child of William Brown, the land agent for Sir William Loraine, who held the Kirkharle Hall estate in Northumberland, Lancelot Brown was educated at a school in nearby Cambo until age 16. His first position was as an apprentice to the head gardener on Sir William’s estate, mainly in charge of the kitchen garden. There he remained until age 23. In 1739, he traveled to Boston, a port in Lincolnshire, where he remained for awhile. Later, he took his landscape commission for a new lake in the park at Kiddington Hall, Oxfordshire. Next, he moved to Wotton Underwood House, Buckinghamshire, the seat of Sir Richard Greenville.

1741 saw him in the position of undergardener for Lord Cobham at Stowe, Buckinghamshire. William Kent, one of the founders of the “new” English style of landscaped garden of the 18th Century, was the head gardener. At Stowe, Brown executed both the architectural and landscaping works in the famous garden. He also met his future wife there, marrying Bridget Wayet, with whom he had nine children, in 1744. “At the age of 26 he was officially appointed as the Head Gardener in 1742, earning £25 year and residing at the western Boycott Pavilion. Brown was the head gardener at Stowe from 1742 to 1750. He made the Grecian Valley at Stowe, which, despite its name, is an abstract composition of landform and woodland. Lord Cobham allowed Brown to take freelance commission work from his aristocratic friends, thus making Brown well known as a landscape gardener. As a proponent of the new English style, Brown became immensely sought after by the owners of landed estates.

While at Stowe, Brown also began working as an independent designer and contractor and in autumn 1751, he was able to move with his family to the Mall, Hammersmith, the market garden area of London.

“By the 1760s, he was earning on average £6,000 a year, usually £500 for one commission. As an accomplished rider he was able to work fast, taking only an hour or so on horseback to survey an estate and rough out an entire design. In 1764, Brown was appointed King George III’s Master Gardener at Hampton Court Palace, succeeding John Greening and residing at the Wilderness House. In 1767 he bought an estate for himself at Fenstanton in Huntingdonshire from the Earl of Northampton and was appointed High Sheriff of Cambridgeshire and Huntingdonshire for 1770, although his son Lance carried out most of the duties.” (Capability Brown)

The CapabilityBrown.org site tells us, “Brown’s style derived from the two practical principles of comfort and elegance. On the one hand, there was a determination that everything should work, and that a landscape should provide for every need of the great house. On the other, his landscapes had to cohere and look elegant.

Prior Park: There are three lakes in the gardens along with a serpentine lake, a stunning Palladian bridge and a Gothic temple feature. http://www.aboutbritain.com/articles/gardens-of-capability-brown.asp

“While his designs have great variety, they also appear seamless owing to his use of the sunk fence or ‘ha-ha’ to confuse the eye into believing that different pieces of parkland, though managed and stocked quite differently, were one. His expansive lakes, at different levels and apparently unconnected, formed a single body of water as if a river through the landscape, that like the parkland itself, ran on indefinitely.

“This effortless coherence is taken for granted today in a way that was predicted in his obituary: ‘where he is the happiest man he will be least remembered, so closely did he copy nature his works will be mistaken’. His nickname of ‘Capability’ is though to have come from his describing landscapes as having ‘great capabilities’.”

Brown’s nickname came from his habit of saying: “This site has great capabilities.” Brown preferred to “perfect nature.” His lawns were smooth and undulating, intentionally leading the eye away from the manor house and toward stands of trees, hills, and lakes. He had abandoned the formal French style founded at Versailles, and Brown was sometimes criticized for his efforts, but he was a proponent of “English designs,” not French. In his lifetime, he is said to have laid out some 170 gardens. Some of England’s finest—those at Bowood, Burghley, Longleat, Stowe, Petworth, Althorp, and Blenheim are considered his masterpieces. 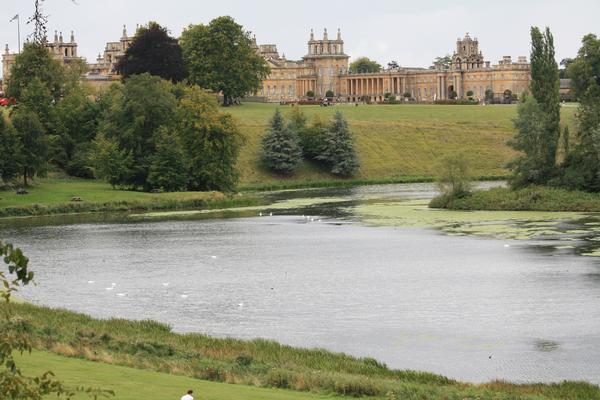 The landscaped parkland and gardens include water terraces, a magnificent lake and architectural eye-catchers such as the Grand Bridge designed by Vanbrugh and the Column of Victory. http://www.aboutbritain.com/articles/gardens-of-capability-brown.asp

When I think of Brown, I think of Jane Austen’s description of Pemberley in Pride and Prejudice. “They gradually ascended for half a mile, and then found themselves at the top of a considerable eminence, where the wood ceased, and the eye was instantly caught by Pemberley House, situated on the opposite side of a valley, into which the road with some abruptness wound. It was a large, handsome, stone building, standing well on rising ground, and backed by a ridge of high woody hills;—and in front, a stream of some natural importance was swelled into greater, but without any artificial appearance. Its banks were neither formal, nor falsely adorned. Elizabeth was delighted. She had never seen a place where nature had done more, or where natural beauty had been so little counteracted by an awkward taste. They were all of them warm in their admiration; and at that moment she felt that to be mistress of Pemberley might be something!“ 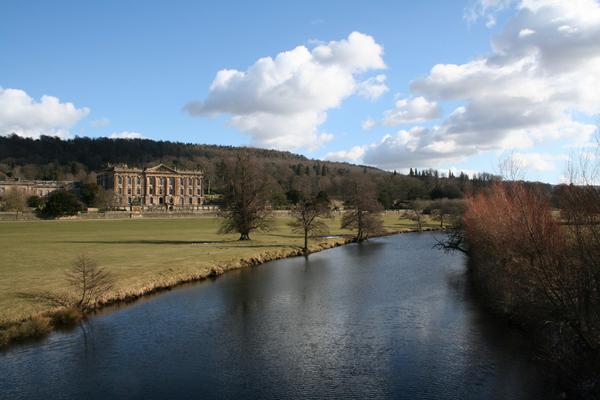 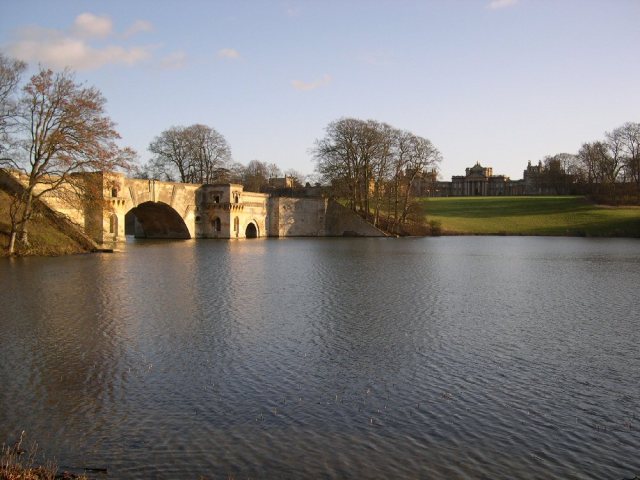