Posted on March 2, 2022 by reginajeffers 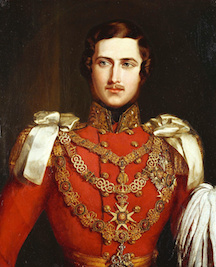 To really understand Prince Albert’s role in British history, one must know more of his early life. Albert Francis Charles Augustus Emmanuel of Saxe-Coburg-Gotha was born on 26 August 1819 at Schloss Rosenau, in Bavaria, the younger son of the duke of Saxe-Coburg-Gotha. Albert’s roots were planted in a small European duchy, which held little influence in the great scheme of international politics until Prince Leopold married George IV’s only child, Princess Charlotte of Wales. Later, Leopold’s sister Victorie married another of George III’s sons, the Duke of Kent. Saxe-Coburg-Gotha’s “insignificance” added to Albert’s growing vision of a relationship between those who govern and those who are governed.

When Albert was four, his mother, Duchess Louise, chose to no longer tolerate her husband’s infidelity. She sought solace in the arms of a young officer in Coburg’s army. Duchess Louise abandoned Albert and his older brother Ernest. When he was seven, Albert’s father, Duke Ernest divorced his mother in absentia on grounds of adultery, and she was sent to live in Switzerland and forbidden to see her children ever again. Duchess Louise died eight years later (1831). The duke remarried, and Albert and his brother developed a healthy relationship with their new stepmother, Princess Marie of Württemberg, who was their cousin.

Albert was an excellent student, possessing an intelligence that proved more ordered than his future wife, Queen Victoria. He was musically talented. He studied ancient and modern history, French, Latin, natural sciences, English, mathematics, etc. He practiced an unvaried schedule throughout his life, but as a youth 6 – 8 A.M. daily was set aside for his deeper studies. Albert was educated at Bonn University.

As Queen Victoria’s consort, Albert “adopted” England’s so-called enlightenment, which was obviously nothing like the enlightenment now practiced within the United Kingdom. Albert openly purported the idea a fair-minded monarch (who did not endorse party politics) should preside over Parliament. As devious as this might sound in light of today’s political posturing on both sides of the ocean, Albert saw his daughters as a means to spread his ideas to the thrones of other countries into which they would marry. His sons’ destinies were prescribed as the children of the queen and the British rule.

Queen Victoria came to appreciate Albert’s many talents and abilities. He began by overseeing the queen’s domestic affairs of their two households. However, during her lying in and delivery of their first child, Victoria permitted Albert to act in her stead on “official” business. She pressed Albert to write memos and instructions to her various ministers, an act Lord Melbourne referred to as “The Prince’s observations.” Albert’s efforts earned him new respect from those involved in the Queen’s business. With his keen insights, Albert managed to place his wife’s position on policies and laws in a kinder light than would likely have been achieved by Victoria herself.

In Victoria’s Daughters (Jerrold M. Packard, St Martin’s, 1998) we learn, “Victoria’s premarital fondness for and dependence on her first prime minister, Lord Melbourne, had been thought a dangerous thing, leading to serious difficulties between the sovereign and Melbourne’s successor when Melbourne lost office. It was Albert who diplomatically, and with unarguable logic, taught his wife that the breaking of ties to any minister had to be faced to prevent constitutional injury to the monarchy. In keeping with the passionate nature of her personality, Victoria soon thereafter came under the almost complete tutelage of her prince. One official would write of Albert as ‘in fact, tho’ not in name, Her Majesty’s Private Secretary.’ Another minister went further, stating that the queen had turned Albert into a virtual ‘King-Consort,’ which had, ironically, been the title she suggested for him when the marriage negotiations first got underway.”

From BBC History, we discover, “Albert’s role as advisor to his wife came into full force after the death of Lord Melbourne, the prime minister, who had exerted a strong paternal influence over Victoria, and Albert began to act as the queen’s private secretary. He encouraged in his wife a greater interest in social welfare and invited Lord Shaftesbury, the driving force behind successive factory acts, to Buckingham Palace to discuss the matter of child labour. His constitutional position was a difficult one, and although he exercised his influence with tact and intelligence, he never enjoyed great public popularity during Victoria’s reign. It wasn’t until 1857 that he was formally recognised by the nation and awarded the title ‘prince consort’.

“Albert took an active interest in the arts, science, trade and industry. He masterminded the Great Exhibition of 1851, with a view to celebrating the great advances of the British industrial age and the expansion of the empire. He used the profits to help to establish the South Kensington museums complex in London.

“In the autumn of 1861, Albert intervened in a diplomatic row between Britain and the United States and his influence probably helped to avert war between the two countries. When he died suddenly of typhoid on 14 December, Victoria was overwhelmed by grief and remained in mourning until the end of her life. She commissioned a number of monuments in his honour, including the Royal Albert Memorial in Kensington Gardens completed in 1876.”