Priscilla Mullins, Inspiration for the Heroine in “The Courtship of Lord Blackhurst” + a Giveaway

BIRTH:  Perhaps around 1602, likely either at Dorking or Guildford, co. Surrey, England, daughter of William Mullins.
MARRIAGE:  John Alden, about 1622 or 1623, at Plymouth.
CHILDREN: Elizabeth, John, Joseph, Priscilla, Jonathan, Sarah, Ruth, Mary, Rebecca, and David.
DEATH:  Sometime between 1651 and 1687 at Duxbury.  By tradition she attended the funeral of Josiah Winslow in 1680, but no primary source exists to confirm.

It is believed Priscilla Mullins hailed from Dorking, Surrey, England and she was in her late teen years in 1620 when she sailed for America on the Mayflower, along with her parents and her brother Joseph. Her relations died that first winter at Plymouth, leaving Priscilla as an orphan. It is believed she moved into the residence created for the Brewster family.

During that first year, it is assumed she became very close to John Alden (my 10th great-grandfather), a man hired to be a cooper (barrel maker). Alden was to take care of the barrels aboard the Mayflower when it set sail for the New World in the early fall of 1620. After his contract was up, he decided to remain in New England when the Mayflower returned home to England.

Priscilla is the best known woman who sailed to America on the Mayflower, because of the poem The Courtship of Miles Standish by Henry Wadsworth Longfellow (my sixth great uncle 5 x removed). I was inspired by Longfellow’s poem to write “The Courtship of Lord Blackhurst.”  According to Longfellow’s legend, John Alden spoke to Priscilla Mullins on behalf of Miles Standish, who was interested in the lovely young woman. But she asked, “Why don’t you speak for yourself, John?” You will find that line and a few more from the poem embedded within my tale. Priscilla and Alden were married by 1623, because she is not listed separately in the 1623 Division of Land at Plymouth Colony. Each man drew lots to determine the location of his land. John Alden’s grant was “on the other side of the bay” from the original Plymouth settlement.

“Not much is known about their early married life, but records show that by 1627 they were living in a house on the hillside, across from the Governor’s house and near the fort. John Alden served in various offices in the government of the Colony. He was elected as assistant to the governor and Plymouth Court as early as 1631, and was regularly re-elected throughout the 1630s.

“At first, the colonists only planted crops on the land given them at the Division of Land. But by 1632, John Alden and others wanted to stay on their new land year round, and Plymouth Colony reluctantly agreed. There, the Aldens helped to found the town of Duxbury, and raised their ten children.” [History of American Women]

Mayflower History provides us with a look at the house in which Priscilla Mullins lived in Surrey. 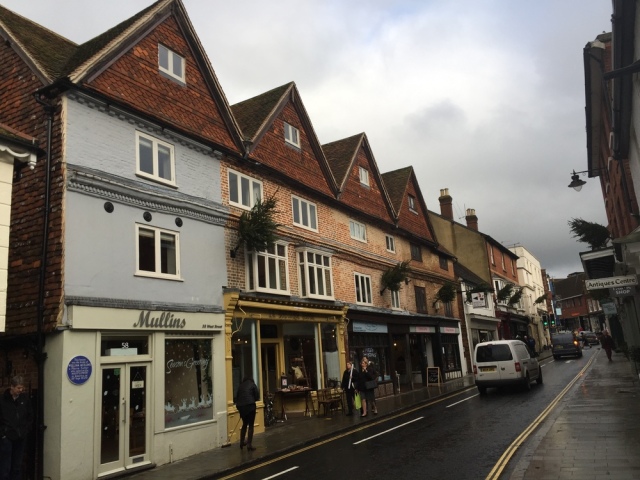 This is where the Aldens lived in Duxbury. 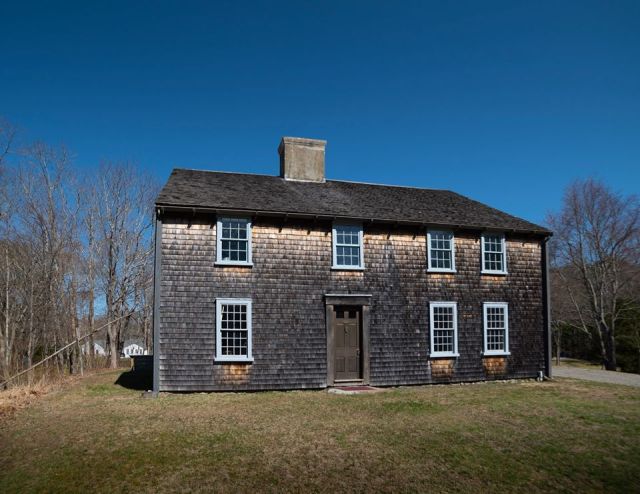 The Courtship of Lord Blackhurst

What happens when a lady falls in love,  not with her betrothed, but rather with his cousin?

Miss Priscilla Keenan has been promised to the Marquess of Blackhurst since her birth. The problem is: She has never laid eyes upon the man. So, when Blackhurst sends his cousin to York to assist Priscilla in readying Blackhurst’s home estate for the marquess’s return from his service in India, it is only natural for Priscilla to ask Mr. Alden something of the marquess’s disposition. Yet, those conversations lead Cilla onto a different path, one where she presents her heart to the wrong gentleman. How can she and Alden find happiness together when the world means to keep them apart? Inspired by Henry Wadsworth Longfellow’s “The Courtship of Miles Standish,” this tale wants for nothing, not even a happy ending, but it is not what the reader things. 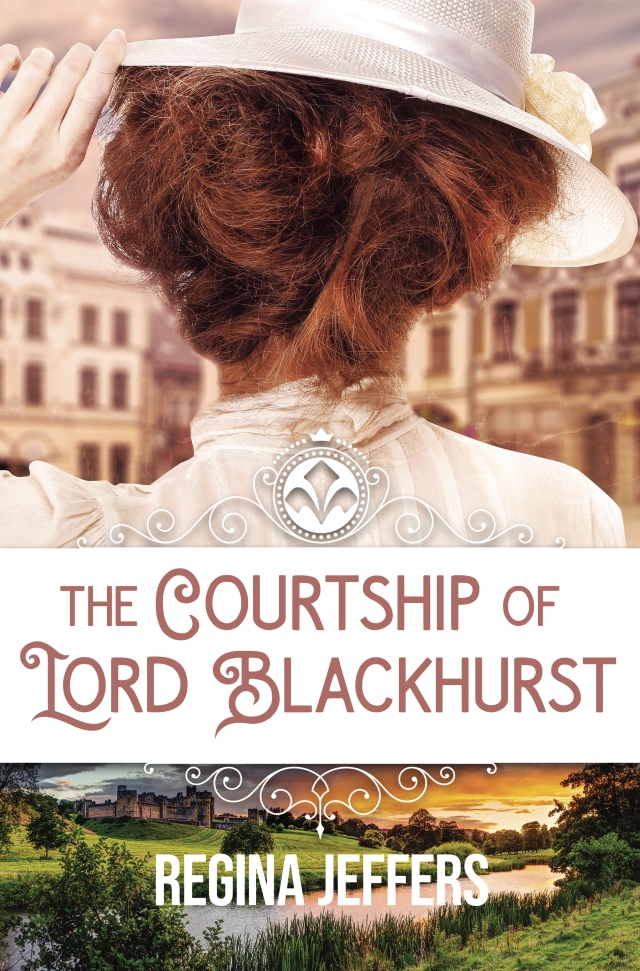 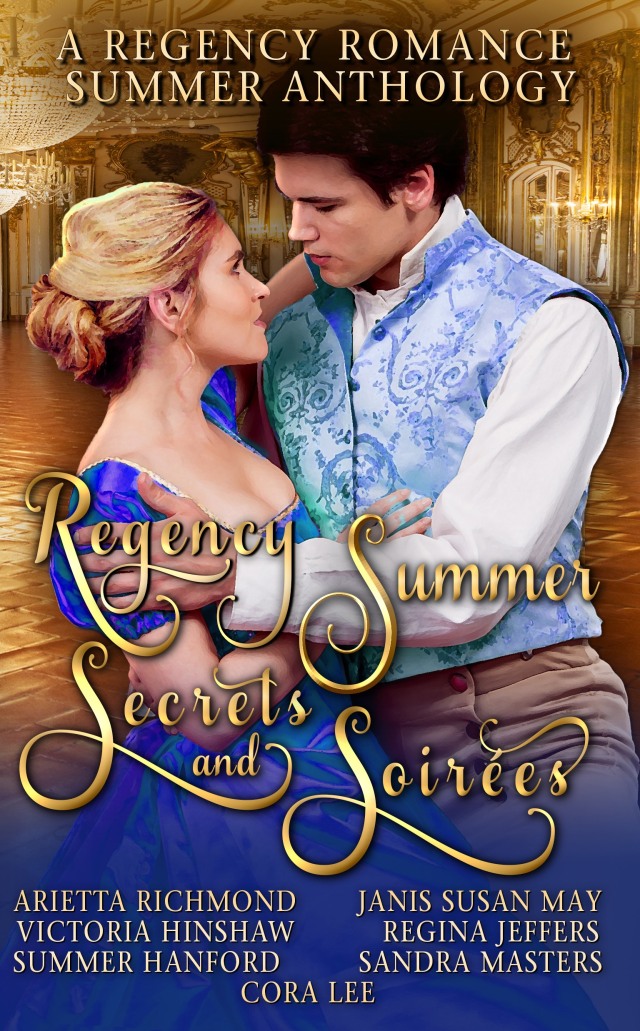 A delightful anthology of Regency Romance Summer stories from best selling authors! Fall in love for Summer, with these wonderful romantic reads! Seven novellas to keep you reading all through Summer, each centered around Summer.

The Courtship of Lord Blackhurst by Regina Jeffers

A Lady promised to a man she has never met, who yet answers his request for assistance in preparing the home they will share, a Marquess unsure what to expect, an unplanned deception, a seemingly improper affection, misperception untangled to love.

A Hero for Harriet by Victoria Hinshaw

A young woman whose family want her to marry well, a gentleman, nobly born but uninterested in society, two matchmaking aunts, assumptions and misconceptions, the intervention of a donkey, love found despite it all.

Her Absent Duke by Arietta Richmond

A Lord and a Lady promised from birth, an avaricious uncle with plans of his own, an impossible choice which leads to disaster, an unplanned compromise, a love fulfilled despite all opposition.

The Magic Garden by Janis Susan May

A beautiful young woman, shut away in the country so that her less appealing sister may shine, an Earl set upon visiting a never seen estate, simply to escape the demands of his aunt and the pursuit of unwanted young women, an accident, a garden left to run wild, a new perspective on the world, a love which defies all expectations.

Trying to save her dearest friend from heartache will unravel a web of secrets that just might get Miss Grace Birkchester killed. Doctor Andrew Carter is determined to help those in need – but doing so draws him ever deeper into a web of danger. When their worlds collide, love may be the only thing which can save them.

What if I Loved You by Cora Lee

A man who needs to marry for his career, a woman who needs a new location in life, a proposal born of friendship, a shocking family secret which could ruin them both. Will love triumph, or will all be lost?

An opera singer who is cousin to royalty, a Duke with an artist’s soul, who is yet reputed as a rake, a chance meeting, an overwhelming attraction, a masquerade, a love which burns away all past resolve.

If you love Regency Historical Romance, you’ll love these!

GIVEAWAY: I have two eBooks copies of Regency Secrets and Soirées available to those who comment below.

2 Responses to Priscilla Mullins, Inspiration for the Heroine in “The Courtship of Lord Blackhurst” + a Giveaway