Life Below Stairs: Life as a Maid-of-all Work in Victorian England

Posted on February 7, 2020 by reginajeffers

Maids-of-all-Work were the “general,” rather than the exception in Victorian England. Women employed in these positions were expected to be a combination of housemaid, nurse, parlourmaid, and even cook if something happened to incapacitate the cook. They were expected to perform all the duties and chores, except that of laundress. [Occasionally, a charwoman or a ‘step girl’ assisted with the required work, but not with any consistency.] 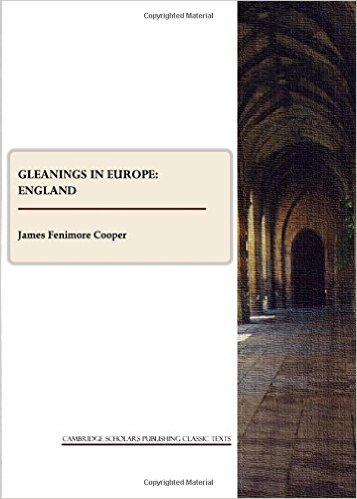 In some households, a single servant served in the role of maid-of-all work. Generally, this servant was a girl from the age of twelve to fifteen.  The conditions of the work were poor, with the girl often working from 5 A.M. to midnight for a wage of £6 to £9 per year. In James Fennimore Cooper’s Gleanings in Europe: England (Bentley, 1837, Vol.II, page 123), the author says: “These poor creatures have an air of dogged sullen misery that I have never seen equalled in any other class of human being, not even excepting the beggars in the streets.” He described one such slavey who entered a room with “a sort of drilled trot, as if she had been taught a particular movement to denote assiduity and diligence, and she never presumed to raise her eyes to mind, but stood the whole time looking meekly down. [Find a copy of the book HERE.] These young girls were often recruited from the workhouse. In the 1870s, the government permitted approved families to ‘adopt’ girls from the workhouses as foster children who would be trained for service in the households. This was a form of subsidized domestic labour. 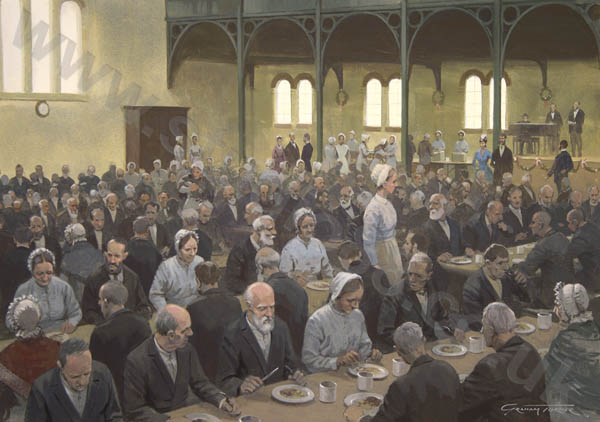 Households benefited by employing those from workhouses as domestic servants Frank Huggett in Life Below Stairs [Book Club Associates, London, 1977, pages 110-111] describes an 1871-72 investigation into the practice of taking girls from the workhouses. “[The investigation] showed that only 16 per cent of the girls were given good marks by their mistresses; 30 per cent were considered ‘fair’; 38 per cent were rated ‘unsatisfactory’; and 16 per cent were described as ‘bad.’ Although the workhouses claimed that the children were already trained for service, many mistresses found that, in addition to their other manifold faults, they were often totally lacking in domestic abilities. One ‘unsatisfactory’ girl was described by her mistress as ‘a pilferer, untruthful, idle; incorrigibly dirty in habits. Can scrub a floor, but has no other accomplishments.’ A comment on another child read: ‘Girl said she had never lit a fire or cleaned a grate, but as she never spoke the truth about anything, probably she lied there.’ A number were unsound in both body and mind: one ‘half-witted’ orphan was round-backed and unhealthy, with one eye permanently dimmed by disease. No less than 8 per cent of the girls had weak or seriously defective eyesight. Another girl, who was described as ‘strong in body, but deficient in mind,’ was told to sweep the bedroom. When her mistress returned, expecting to find the room neat and tidy, she found to her amazement and annoyance that the girl had trodden all the tea leaves firmly into the carpet. 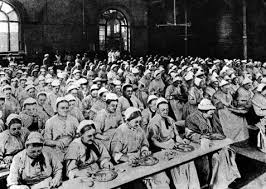 “Lacking the security of a family, friends and home, these girls often reacted violently to any real imposition or imagined slight. One not unintelligent fifteen-year-old girl, whose father wad dead and whose mother was still living in a workhouse, would ‘sing like a bird’ at her work when she was in a good mood. But ‘when she took a fit of sulks, nothing could be done with her. She would fold her arms and stand behind the kitchen door, and absolutely refuse to do anything.’ Others howled and screamed their rage until a crowd gathered threateningly outside the house to the alarm of the mistress. Mistresses, who tested the girls’ honesty by leaving a coin under the carpet (a common stratagem in Victorian homes), often had their worst expectations confirmed. Some of the girls were violent. One threatened to stab the nurse; another broke a plate over the head of a fellow servant. About 8 per cent absconded and another 2.5 per cent were known, or believed, to have ‘fallen,’ joining the many other former servants who had sunk into the vast underworld of vice and crime in the capital. One girl, who left service to marry a £2-a week house painter, soon discovered that he was nothing but a pimp; another girl, who was dismissed for theft and violence, was later seen by the daughter of the house, walking along the street ‘with long curls down her back, and not looking respectable.’ It was amazing what some mistresses, obviously not uneducated, would put up with just in the hope of getting cheap domestic labour.”

15 Responses to Life Below Stairs: Life as a Maid-of-all Work in Victorian England