English Drama and the Origins of Censorship

Of late, on social media we have been bombarded with what is termed “obscenities.” We writers are often accused by “reviewers” of writing obscenities or sexually explicit scenes when in our estimations, we are writing PG scenes. The problem is often in the “view of the beholder,” so to speak. What one person thinks to be too explicit signifies as nothing to another, and so it was with the efforts of early English playwrights. 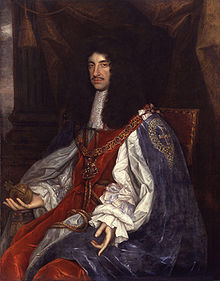 Our modern concept of “obscenity” is heavily nestled in history—the history of Charles II, to be exact. Charles II was king of England, Scotland and Ireland. He was king of Scotland from 1649 until his deposition in 1651, and king of England, Scotland and Ireland from the restoration of the monarchy in 1660 until his death in February 1685. Before we discuss Charles II’s influence upon English drama, let us have a look at one of Charles II’s close associates, Sir Charles Sedley, 5th Baronet (March 1639 – 20 August 1701), an English noble, dramatist, and politician. Sedley is famous as a patron of literature in the Restoration period, and was the Francophile Lisideius of  Dryden’s Essay of Dramatic Poesy.  Sedley was reputed as a notorious rake and libertine, part of the “Merry Gang” gang of courtiers which included the Earl of Rochester and Lord Buckhurst.  Sedley was principally remembered for his wit and profligacy, or lack thereof in a particular incident that occurred in 1663. 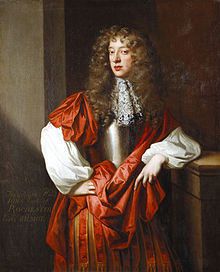 Along with Charles Sackville, 6th Earl of Dorset and 1st Earl of Middlesex (Lord Buckhurst), and Sir Thomas Ogle [some accounts say the third member of the group was John Wilmot, 2nd Earl of Rochester], Sedley spent a lovely afternoon drinking heavily in a tavern near Covent Garden on Bow Street. Young men being foolish, they began to boast of their sexual prowess. Sedley went so far as to claim that women chased after him because of his stamina in the bedroom. Inebriation drove them to a balcony overlooking a busy street, where they undressed and pantomimed a series of sexual acts. They finished off their performances by urinating in bottles and throwing said bottles at those who had gathered below to gawk at them in amazement. The crowd responded by throwing stones at the fools until the drunkards fled the scene. [Why is it, with this description, that I think of drunken frat parties or college spring break shenanigans?]

Unlike today, self expression at the time was not considered unlawful, no matter how lascivious or pornographic, unless doing so was an act of sedition, heretical, or blasphemous. Sedley, therefore, was arrested, tried and convicted. He was made to pay “2000 mark, committed without bail for a week, and bound to his good behaviour for a year, on his confession of information against him, for shewing himself naked in a balcony, and throwing down bottles (pist in) vi et armis among the people in Covent Garden, contra pacem and to the scandal of the government.” [Nussbaum, Martha C., and Alison L. Lacroix, eds. Subversion and Sympathy: Gender, Law and the British Novel. New York, NY: Oxford University Press, 2013, page 70] In other words, Sedley was convicted for inciting a riot, not for public nudity and profanity.

According to Samuel Pepys, Sedley `showed his nakedness – and abusing of scripture and as it were from thence preaching a mountebank sermon from the pulpit, saying that there he had to sell such a pouder as should make all the cunts in town run after him, 1000 people standing underneath to see and hear him, and that being done he took a glass of wine and washed his prick in it and then drank it off, and then took another and drank the King’s health.’. This behaviour provoked a riot amongst the onlookers and condemnation in the courts, where the Lord Chief Justice gave his opinion that it was because of wretches like him “that God’s anger and judgement hang over us”.

The first true “obscenity” prosecution occurred in 1708. In a reaction to Puritanical rule, the English theatre had chipped away at what was considered good taste for public performances until the point when the English public out for a form of censorship—”pure” expressive obscenity. At the start of the English Civil War (1642) theatres were closed, and in 1647, a law was passed to punish anyone who participated in or viewed drama. After the war, and during the English Interregnum, the Puritans, under Oliver Cromwell,  had control of most of the English government. They placed heavy restrictions on entertainment and entertainment venues that were perceived as being pagan or immoral. In the English Restoration (1660), playwrights reacted against the Puritanical restrictions with much more decadent plays. The plays produced in the Restoration drew comparisons to the great Elizabethan dramas by critics of the day. However, these plays were considered vulgar because they mocked and disrespected marriage, morals, and the clergy. Furthermore, King Charles II allowed women to act on stage; some of the first actresses were of ill-repute.

Therefore, the Lord Chamberlain in 1696 instructed that those overseeing the production of plays to be “very careful in correcting all obscenities and other scandalous matters and such as any ways offend against ye laws of God and good manners or the known statutes of the kingdom.” (Nussbaum and Lacroix, page 70]

Societies for the censorship of immorality were formed, and the Reverend Jeremy Collier took a bold step. Collier was an English theatre critic, non-juror bishop and theologian, who, in the history of English drama, launched an attack on the comedy of the 1690s in his Short View of the Immorality and Profaneness of the English Stage (1698), which draws for its ammunition mostly on the plays of William Congreve, John Vanbrugh, John Dryden, and Thomas D’Urfey. Unfortunately for Collier, his pamphlets rekindled the Puritans’ outcries against the theatres and brought forth a desire to again ban all performances or to return to Restoration drama.

Collier’s work spoke out against what he considered to be profane in the productions of the era. He also addressed what would be called the impact on the moral degeneration of the populace as a whole. His works ranged from general attacks on the morality of Restoration theatre to very specific indictments of playwrights of the day. Collier argued that a venue as influential as the theatre—it was believed then that the theatre should be providing moral instruction—should not have content that is morally detrimental.

A Pamphlet war broke out between Collier and several of the playwrights, especially Vanbrugh. Many of the playwrights responded with equally vehement attacks, but some were so deeply affected, they withdrew from theatre permanently or substantially changed their approach to writing comedies, William Congreve amongst them. Although the theatre styles of the Restoration lasted a while even after Collier’s pamphlets, a new and more restrained theatre began to develop due, in part, to Collier’s critiques. Due to the strict morals of the Puritans, as well as others such as Collier, neoclassicism drama began to emerge even while Restoration drama was still flourishing. During Collier’s time, Societies for the Reformation of Manners dedicated themselves to maintaining honour in playhouses.