The Early Origins of the Novel

In the mid to late 1700s, the novel, as a means of literary expression developed to an art form. In many of the Regency-based romances that I read, it speaks of the “novel” being something females might read, rather than a male. However, I doubt that many of my contemporary writer understand how “debased” those early tales were. Most of the stories dealt with fornication, rape, incest, adultery, seduction, polygamy, and voyeurism. Some of the early novels were Defoe’s Moll Flanders (1722), Richardson’s Clarrisa, Fielding’s Tom Jones, and Sterne’s Tristram Shandy.

One of the greatest writers of all times, Jane Austen, read Richardson quite often. According to her nephew, James-Edward Austen-Leigh, her knowledge of Samuel Richardson “was such as no one is likely again to acquire . . . Every circumstance narrated in Sir Charles Grandison, all that was said or done in the cedar parlour, was familiar to her; and the wedding days of [characters like] Lady L. and Lady G. were as well remembered as if they had been living friends.” But what was the context of Richardson’s writing? 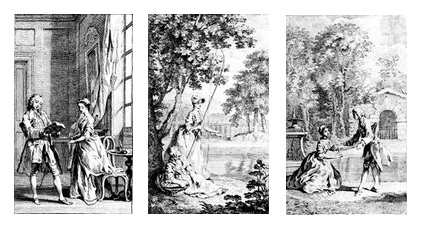 Laurel Ann at Austenprose tells us: “Richardson is a literary hero of mine, too, and I always think it’s sad that so few people read him nowadays. Not only because Clarissa, in particular, is one of the great masterpieces of European literature, but because it’s only by reading Richardson that you really understand the tradition Austen was writing in, and where she got some of the inspiration for her books. Pamela is a novel-in-letters, written by a young serving-maid to her parents, in which she describes her master’s attempts to seduce her. But as the subtitle (‘Virtue Rewarded’) suggests, all’s well that ends with a wedding. It sounds pretty standard stuff now, but at the time it was a publishing sensation.  There were 5 editions by the end of 1741, with an estimated 20,000 copies sold. It was also the first book to have what we would now call a ‘promotional campaign’. As a printer himself, Richardson employed all the tricks of the book-trade, including newspaper leaders and celebrity endorsement, and may even have encouraged the publication of a pamphlet that denounced the novel as pornographic, which certainly had a predictably healthy effect on sales! But if it was Pamela that was ground-breaking, Richardson’s next novel, Clarissa, is the one that really established a new kind of prose fiction in English. This, like all Richardson’s books, is an epistolary novel, and it’s worth remembering that when Austen first put pen to paper seriously herself, she chose exactly this form – first in Lady Susan, and then in Elinor & Marianne, the first version of Sense & Sensibility. Clarissa is the story of a young woman who’s tricked away from her family by the libertine, Robert Lovelace, and eventually raped. The story evolves through two parallel correspondences – Clarissa’s with her friend Anna, and Lovelace’s with his confidant Belford. The depth and subtlety of the psychological characterization is extraordinary, and you can see immediately why Henry Austen says his sister was such an admirer of ‘Richardson’s power of creating, and preserving, the consistency of his characters.'” 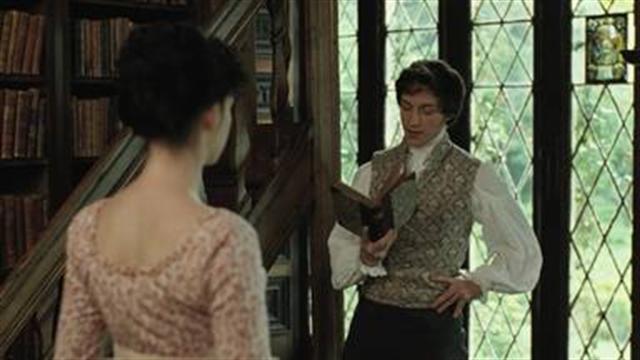 Do you recall the scene in Becoming Jane, a biographical portrait of a pre-fame Jane Austen (portrayed by Anne Hathaway) and her romance with a young Irishman (played by James Mcavoy), where Tom Lefroy’s character tempts Jane by suggesting that she read Tom Jones? His suggestion is more than one of presenting a young lady with a piece of literary greatness. It is part of his romantic “seduction” of Miss Jane Austen.

An awareness of sexuality was never far from the surface in these early novels. One of the major forces of the time was John Cleland, an administrator for the East India Company. Reportedly Cleland made a bet that he could write the “dirtiest book in the English language” without using ANY “dirty words.” His Memoirs of a Woman of Pleasure (better known as Fanny Hill) provided readers with the story of a country girl who experiences lesbianism, group sex, masturbation, flagellation, etc. For his efforts, Cleland was arraigned before the Privy Council. The Earl of Granville, the president of the Council, suggested that Cleland be awarded a pension of £100 a year, with the guarantee that he would not repeat the exercise. Cleland foolishly sold the copyright of the book to a publisher for a mere £20. The publisher raked in more than £10,000 in book sells.

John Wilkes, a strong political activist, who spoke out regularly against George III and who supported the American colonies’ push for independence, is said to have written Essay on Woman, a parody of Alexander Pope’s Essay on Man. Whether Wilkes actually penned the piece is debatable, but it was the perfect instrument for his political opponents to use against him. It did not help Wilkes’s defense that he was reportedly a member of the Medmenham monks, or Hell-Fire Club, a secret society known to take pleasure in sexual activities. According to The Montague Millennium, “The Hell-Fire Club was sort of a cross between the Dead Poets Society and a risque Playboy club. John Montagu (Lord Sandwich) was a principal, and apparently Lady Mary Wortley Montagu attended. The club formally styled itself the Monks of Medmenham, and originally occupied the caves beneath the ancient Abbey of Medmenham. Its members could reach the Abbey by boat from the river at night and thus not be bothered by `paparazzi’.”

If Wilkes was a member of this group, I find it odd that Lord Sandwich was the one who read the scandalous poem to the House of Lords, which termed the poem as “a gross profanation of many parts of the Holy Scriptures.” Before the House of Lords could have Wilkes arrested, the man escaped to America, never to stand in answer to the charges against him. In absentia, he was fined £300. 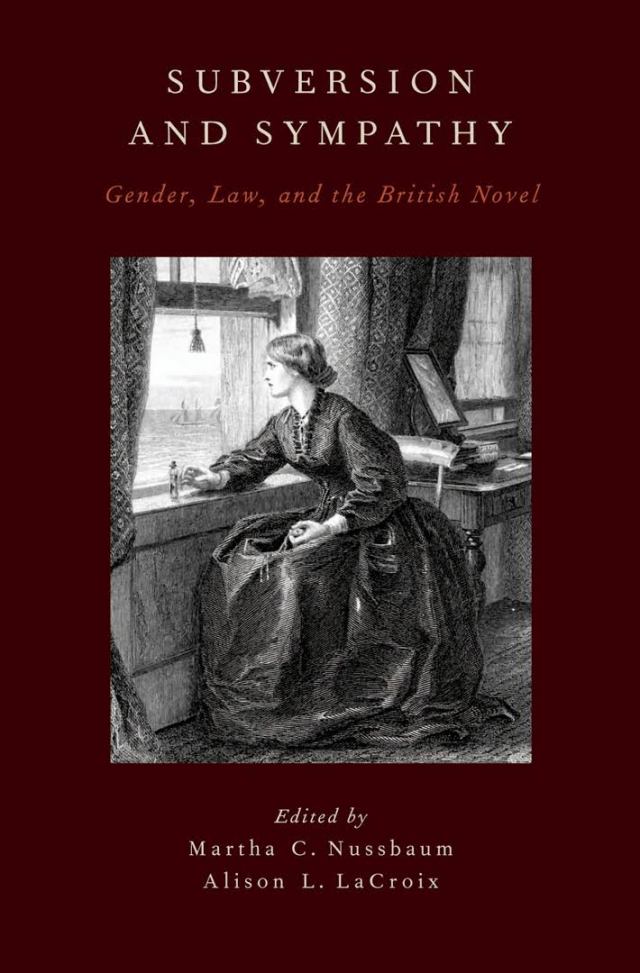 According to Nussbaum, Martha C., and Alison L. Lacroix, eds., of Subversion and Sympathy: Gender, Law and the British Novel. [New York, NY: Oxford University Press, 2013, pages 78-79], “For more than a century. . . English law yielded nothing at all definitive about the concept of literary obscenity. There was no definition of the concept, no rationale for its regulation, and only sporadic skirmishes over the issue. The historian Peter Wagner has aptly characterized the “Age of Enlightenment” as the “Age of Eros.” The proliferation of writing about sex in the eighteenth century led to ‘a sort of downward osmosis’ through which an upper-class ‘libertine philosophy’ was, at least, for a time, dispersed and then absorbed by a larger culture. By the 1780s, when the United States was contemplating its Constitution, London was awash with all sorts of sexually explicit material, including lewd novels, racy poems, bawdy songs, erotic prints, and licentious newspapers and magazines. Throughout this era, neither influential citizens or public authorities made any serious effort ‘to curb this sexual Eden,’ though occasional prosecutions were brought when individual libel was involved or ‘when there were personal axes to grind, as in the prosecution of Wilkes. It was against this background that the United States enacted the First Amendment.“

3 Responses to The Early Origins of the Novel