A Writing Desk Fit for Jane Austen, a Guest Post from Laurie Benson

Posted on November 30, 2017 by reginajeffers

This post originally appeared on Austen Authors, but I wished to share it with you. Laurie Benson shows us how cramped was the desk upon which Jane Austen created some of the world’s finest literature. Enjoy! 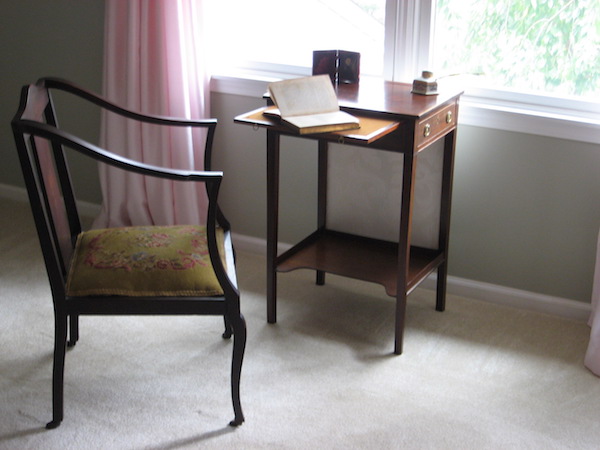 Since I collect antiques, I thought I’d share one with your readers that might have appealed to Jane Austen. It’s my Georgian era writing desk. I confess, while it’s in my home and I adore it, the Georgian writing table is much too small for me to use as my primary desk. For Jane, however, it would have been ideal, since her desk was about the same size.

In 1809, Jane moved to Chawton Cottage in Hampshire with her mother, her sister Cassandra, and friend Martha Lloyd. If you visit Chawton Cottage today, you’ll see the small twelve-sided walnut table Jane sat in front of when she revised Sense and Sensibility and Pride and Prejudice. It’s also from this table that she penned Mansfield Park, Emma, and Persuasion. 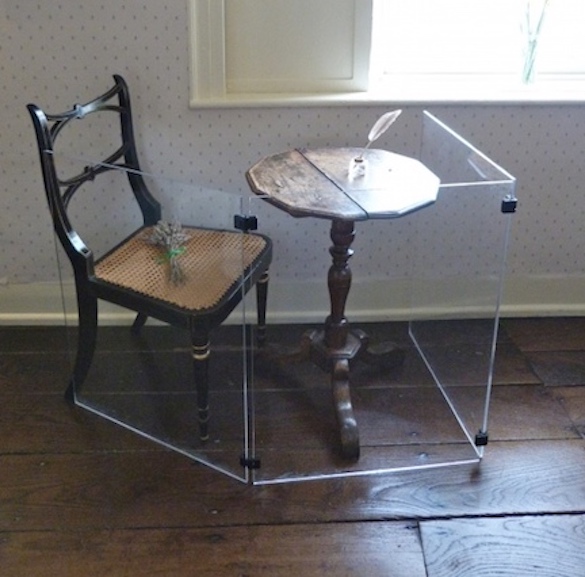 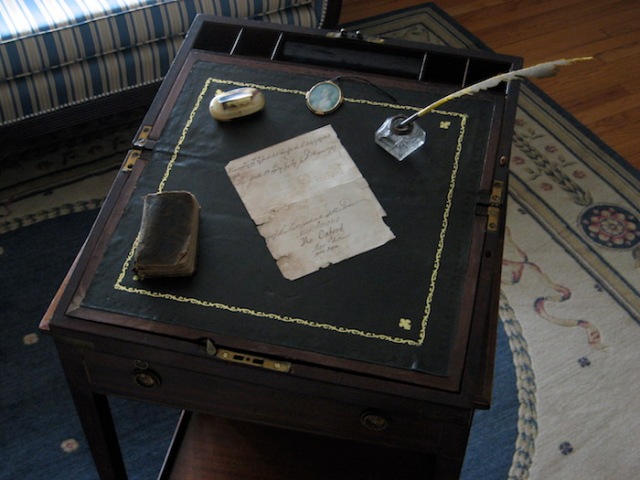 According to A Memoir of Jane Austen by her nephew James Edward Austen-Leigh, Jane’s table was located in the general sitting room of the house. This room had little privacy but thankfully for Jane, it had a creaking door. She never wanted this door fixed since it warned her of any approaching visitors. Once she heard the door creak, she would hide her manuscript before anyone could see it.  My writing table has a special feature that I think she would have appreciated and found quite useful.

When I stumbled across this mahogany table at my favorite antique shop, I fell in love with this little treasure dating from the Georgian era. It has one drawer, and a writing surface covered in felt that slides out of the front. While I was inspecting the piece, I discovered a silk brocade-covered panel on the lower back of the table that slides up and down. The owner of the shop was away at the time, and unfortunately his assistant couldn’t tell me anything about this feature. 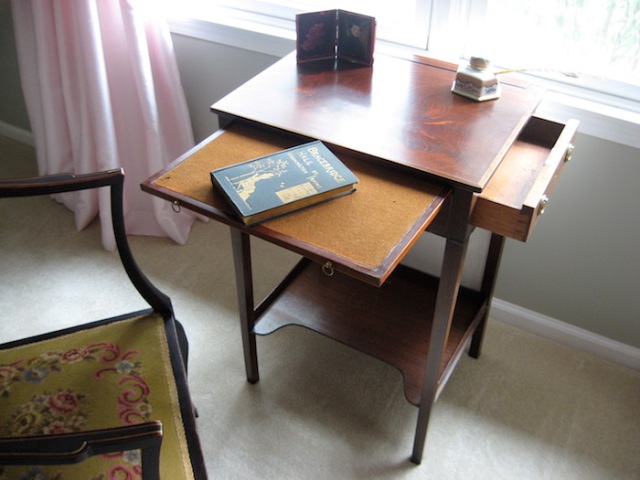 Once I got the table home, I looked through Judith Miller’s book Furniture World Styles from Classical to Contemporary and was thrilled to find a picture of a writing table almost identical to mine. The description of the table in her book reads:

English Writing Table: This one-drawer mahogany table has a leather insert top. A silk-upholstered, adjustable face screen is fitted to the back. It has square tapering legs with brass canisters. circa 1790 W. 17 inches. 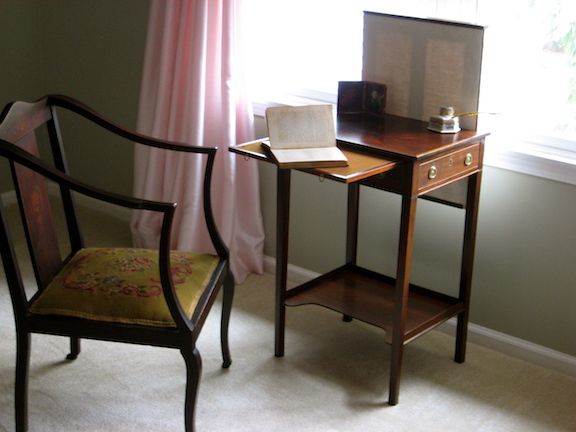 I also think Jane Austen would have liked the feature to prevent prying eyes from reading her writing. 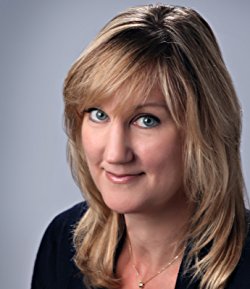 Laurie Benson is an award-winning author of historical romances published by Harper Collins. When she’s not at her laptop avoiding laundry, she can be found browsing museums or heading for the summit on a ridiculously long hike. She’s loves to chat with readers and fans of the regency era. You can find her on Twitter at @LaurieBwrites or on Facebook at www.facebook.com/LaurieBensonAuthor. To find out more about her books, visit her historical blog, or subscribe to her newsletter, visit her website at http://lauriebenson.net. 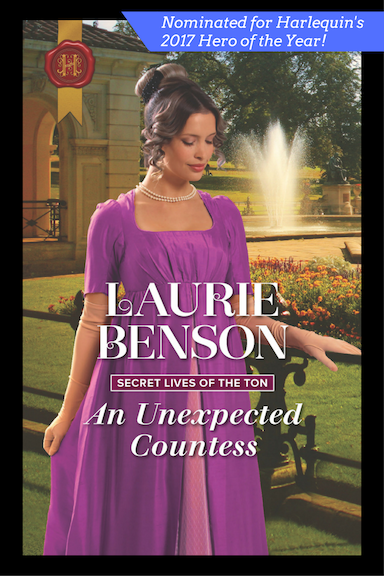 Her current release, An Unexpected Countess, is nominated for Harlequin’s 2017 Hero of the Year Award.

Sarah Forrester is an American diplomat’s daughter who must locate the fabled Sancy Diamond or her family will be ruined by a mysterious blackmailer. But the Earl of Hartwick has also been tasked by the Prince Regent with finding the diamond. Little does Hart know that the feisty woman he meets on a roof top is his competition. As they each follow the clues hidden in a bracelet, Sarah and Hart realize they will have to work as a team. Being together may be as dangerous to their hearts as the hunt is to their lives…and finding the jewel is only the beginning.

Also, check out these other titles from Ms. Benson… 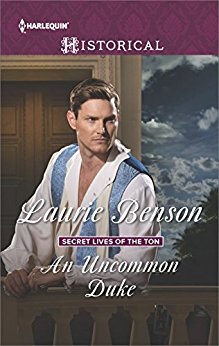 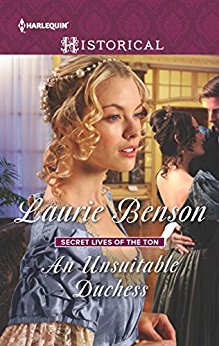 8 Responses to A Writing Desk Fit for Jane Austen, a Guest Post from Laurie Benson