The Wilderness Road, Setting for “The Road to Understanding”

According to Ancestry.com, the Wilderness Road “was only a crude trail; only pack teams could cross the mountains. Pioneers coming from Pennsylvania, Maryland, Virginia and the Carolinas before 1796 found it necessary to unload their Conestoga Wagons at Sapling Grove [Bristol, Virginia] and pack their belongings on horses in order to cross the mountains. The early pioneers lashed huge baskets and bundles of clothing, bed furnishings and household articles upon packhorses. Children perched on top, or rode in front and behind their mothers and relatives. The older boys and men who did not have mounts had to trudge along on foot. A caravan of pack horses and people on foot sometimes stretched out as far as three miles along the trail. Indian raids were common at various points on the Wilderness Road.

“Professional packhorse men made it a business to hire out to settlers or merchants for transporting supplies through the wilderness. They objected to road improvements, saying it would drive them out of business. After 1796 when the trail was widened, Conestoga Wagons could cross over the mountains. A Scots-Irish family could travel from the end of their sea voyage at Alexandria, Virginia, all the way to the middle of Kentucky in the same wagon.

When Kentucky and Tennessee became occupied, the Wilderness Road provided the means to send surplus produce back to the eastern seaboard. Droves of cattle, horses, mules, and hogs went by this route to the cotton plantations of South Carolina and Georgia. Conestoga wagons were constructed of oak, with eight-inch wide hickory-spoked wheels, five feet high. They were pulled by six draft horses. The high-riding canvas top was supported by eight hoops, rising six feet above the wagon panels. The body was sixteen feet long–large enough to accommodate most of the personal belongings pioneer families wanted to take with them.”

Part of the road through the Cumberland Gap was known first as Boone’s Trace. Daniel Boone was hired by the Transylvania Company  to clear a trail into the valleys “over mountain.” Boone, with 30 men, managed to cut a trail of 208 miles in less than three weeks from Long Island on the Holston River (near what is now Kingsport, Tennessee) through the Cumberland Gap and on into Fincastle County, which is now Kentucky. Constant travel through the Cumberland Gap widened after the first settlements of Boonesborough and Harrodsburg were established. Once Kentucky claimed statehood the stream of settlers increased dramatically.

“Early roads were made by chopping out underbrush and small trees in a swath only ten to thirty feet wide and cutting off the larger timber eighteen inches from the ground. The axemen had to leave the largest trees standing, even in the middle of the road. They bridged small streams with logs, and crossed rivers by fords or ferries. Even under the best of conditions such roads were unsatisfactory, and during wet weather they were impassible. Nevertheless, they connected the East to the West, and that was enough! Of Kentucky’s 75,000 population in 1790, about 90% had arrived by way of the Wilderness Road.

“Some suggest that the origin of the Wilderness Road was at Fort Chiswell (Ft. Chissel) on the Great Valley Road where roads converged from Philadelphia and Richmond. Others claim the Wilderness Road actually began at Sapling Grove (now Bristol, VA) which lay at the extreme southern end of the Great Valley Road because it was at that point that the road narrowed, forcing travelers to abandon their wagons. It moved through the Allegheny Mountains at Cumberland Gap, at what is now the junction of the State boundaries of Kentucky, Tennessee and Virginia. Heading northwest, it splits at Hazel Patch–with one route creating Boonesborough, the other Frankfort. Today one can follow the main route from Bristol, VA to Middlesboro, KY, then to Pineville, Mt. Vernon, and on towards Lexington on Interstate 75.” (Ancestry) 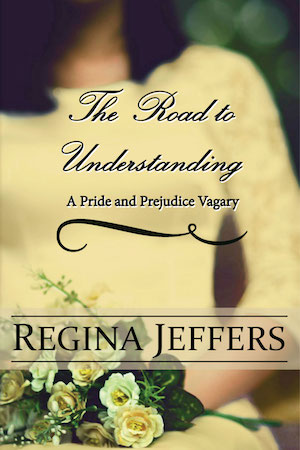 DARIUS FITZWILLIAM’s life is planned down to who he will marry and where he will live, but life has a way of saying, “You don’t get to choose.” When his marriage to his long-time betrothed Caroline Bradford falls through, Darius is forced to take a step back and to look upon a woman who enflames his blood with desire, but also engenders disbelief. Eliza Harris is everything that Darius never realized he wanted.

ELIZA HARRIS is accustomed to doing as she pleases. Yet, despite being infuriated by his authoritative manner, when she meets the staunchly disciplined Captain Fitzwilliam, she wishes for more. She instinctively knows he is “home,” but Eliza possesses no skills in achieving her aspirations.

Plagued with misunderstandings, manipulations, and peril upon the Great Valley Road between eastern Virginia and western Tennessee in the years following the Revolutionary War, Darius and Eliza claim a strong allegiance before love finds its way into their hearts.

This is a faith-based tale based on Jane Austen’s Pride and Prejudice.