The Cancelled Chapters of Jane Austen’s “Persuasion,” a Guest Post from Alexa Adams

I can listen no longer in silence. I must speak to you by such means as are within my reach. You pierce my soul. I am half agony, half hope. Tell me not that I am too late, that such precious feelings are gone for ever. I offer myself to you again with a heart even more your own than when you almost broke it, eight years and a half ago. Dare not say that man forgets sooner than woman, that his love has an earlier death. I have loved none but you. Unjust I may have been, weak and resentful I have been, but never inconstant. You alone have brought me to Bath. For you alone, I think and plan. Have you not seen this? Can you fail to have understood my wishes? I had not waited even these ten days, could I have read your feelings, as I think you must have penetrated mine. I can hardly write. I am every instant hearing something which overpowers me. You sink your voice, but I can distinguish the tones of that voice when they would be lost on others. Too good, too excellent creature! You do us justice, indeed. You do believe that there is true attachment and constancy among men. Believe it to be most fervent, most undeviating, in

Captain Frederick Wentworth of Persuasion is not my favorite Austen hero. Though rather more dashing than the others, his behavior towards Anne Elliot is peevish and hurtful. Mr. Darcy, following Elizabeth’s rejection, struggles to impress her. Mr. Knightley, even when he thinks Emma’s heart belongs to another, remains her strongest advocate. Captain Wentworth, on the other hand, distinguishes himself by flirting outrageously where his heart is unengaged, claims Anne to be altered beyond recognition (and says so in the hearing of those who are sure to repeat his hurtful words), a

nd when he thinks he has lost Anne forever, he stalks off in a fit of jealousy. For all this I blame him, but then comes that letter …

Captain Wentworth might be unworthy of Anne, but his declaration of love is the most intense and satisfying in all of Austen. I have a hard time maintaining my irritation with him when he expresses himself so passionately, without any reserve, and fully reveals the true extent of his internal struggles. His transgressions are the result of his deep hurt. A better man might have proceeded differently, but there is no doubt of the ferocity of his love. Though I have read this novel countless times, I still feel the intense anticipation and grow week in the knees every time I read chapter twenty: one of the greatest scenes Austen ever wrote! And I ask myself: what if that letter had never been written?

It almost wasn’t. One of the greatest insights we have into Austen’s writing process are the so-called “Cancelled Chapters” of Persuasion.

One of the most common criticisms I receive on my books is that they end too quickly. I know a lot of authors hear this. It is wonderful to know that my readers want more, and with each new book I try harder and harder to deliberately slow down, but it is a constant struggle. In editing, it is inevitably the last chapter or two that I change the most. I completely rewrote the ending to my second book, Second Glances, only a month before publishing. I was nervous about the change, but knowing what Austen did to Persuasion gave me courage to proceed.

Austen not only changed the sequence of events leading to her story’s conclusion, she also added an entire additional chapter, considerably slowing down the rush towards happily ever after. In the cancelled chapters, Anne meets Admiral Croft on her return from Mrs. Smith’s house, having just learned of Mr. Elliot’s perfidy. The scene does not paint the Admiral in the best light, as he bullies Anne into intruding upon his wife, abandons her to the awkward company of Captain Wentworth, and, heeding the rumors of her forthcoming engagement to Mr. Elliot, forces the love sick man to ask her if the Crofts should give up their lease on Kellynch Hall, in order to make room for the supposedly engaged couple to move in. To a woman of Anne’s sensibilities and discretion, the moment is horrifyingly awkward. Fortunately, she readily dismisses the rumors in their entirety, and the lovers are able to swiftly find themselves reunited.

So much more satisfying is the final version! Our old friends from Uppercross arrive in Bath, bringing with them their own value and regard for Anne, as well as the impetus for throwing her and Wentworth back into the same society. We have that wonderful moment when Sir Walter and Elizabeth arrive at the Musgrove’s lodgings, making a big display of condescension by including the Captain in their card party invitation. We also have the supreme satisfaction of Charles Musgrove dismissing the Elliots’ mincing superiority. But most importantly we have that amazing moment when Anne and Captain Harville discuss the lasting affections of men and women while Wentworth listens, writes, and responds. The second version of the ending is immensely more sophisticated than the first. As a true fan, I still wish the story was yet longer, but thank goodness Austen made the changes she did. The letter, the stroll down the gravel walk, the shared confessions and reminiscences at the card party – the book would be a shadow of itself without all of it.

In all of Austen’s novels, the last chapter provides a rather rapid conclusion. The very first lines of these chapters often reveal her conscious haste. In Mansfield Park:

Let other pens dwell on guilt and misery. I quit such odious subjects as soon as I can, impatient to restore everybody,    not greatly in fault themselves, to tolerable comfort, and to have done with all the rest.

Who can be in doubt of what followed?

As readers, we wish she had lingered longer on the happily ever afters. I even wrote a short story collection drawing out these endings, following Austen’s hints about what happened, dwelling on the “guilt and misery” as well as the romance (the Persuasion tale is now available at Austen Author’s The Writer’s Block, if you are curious). Yet if Austen had given us everything we want and answered all of our questions, where would the Austenesque genre be? I will continue to strive to slow myself down and take the time to tell the story to completion, but I also feel pretty comfortable leaving my readers to dream up their own conclusions. As readers and writers, what do you think? Do you struggle with endings?

The entire text of Persuasion as well as the cancelled chapters are available at Molland’s Circulating Library, one of my very favorite websites and an excellent tool for the Austenesque author. It is also the source for the fabulous C.E. Brock illustrations featured above.

Meet Alexa Adams ~ A devoted reader of Jane Austen since her childhood, Alexa Adams is the author of The Madness of Mr. Darcy, Tales of Less Pride and Prejudice (First Impressions, Second Glances, and Holidays at Pemberley), Emma & Elton: Something Truly Horrid, Jane & Bingley: Something Slightly Unsettling, Becoming Mrs. Norris, and the short story collection And Who Can be in Doubt of What Followed?: The Novels of Jane Austen Continued. Alexa resides in Delaware with her husband, daughter, and cat. She blogs about Austen and Austenesque literature at alexaadams.blogspot.com and is a contributing member of AustenAuthors.net.
Alexa Adams’s Amazon Author Page 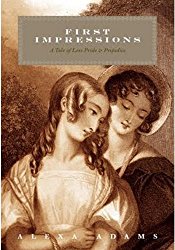 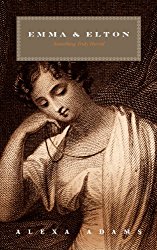