Welcome Suspense Writer, Tierney James, and the Latest Release in the Enigma Series

Today, I welcome fellow Black Opal Books Author, Tierney James, and news of her latest release. Tierney and I have included a short Q and A to introduce her and her Enigma mystery series.

I know you love to travel. Tells us a few places you have been.

Besides serving as a Solar System Ambassador for NASA’s Jet Propulsion Lab and attending Space Camp for Educators, I have traveled across the world. From the Great Wall of China to floating the Okavango Delta of Botswana, Africa, I enjoy tying my unique experiences into my writing projects such as the action thriller novel, An Unlikely Hero, the first in the Enigma Series, along with Winds of Deception, the second in that series. I lived on a Native American reservation and in a mining town for many years, and those experiences fuel the type of characters I love to create. 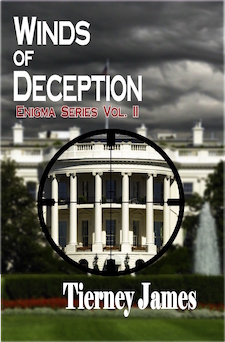 You started out writing a series of books involving Enigma, a secretly funded Homeland Security agency that work off the books. How did you get interested in writing these stories?

It was a case of mistaken identity. When I lived in Northern California people kept thinking I was someone named Melanie. Even the DMV questioned me when I tried to get a driver’s license. So I started wondering who she was; could she be in danger, a spy, a dangerous criminal or maybe someone who lived a double life? My imagination went into overdrive.

How is your main character, Tessa Scott like you?

Let’s see. I bake really good chocolate chip cookies, have blonde curly hair and possess a taste for adventure. I lived in Grass Valley where the story takes place and that house, well, I lived there too.

Rooftop Angels is #3 in the Enigma Series. How is it different from the first two?

Tessa is a lot more confident and is working for Enigma full time through the State Department. She also commits the ultimate crime and works with a notorious drug dealer. There are also children in this novel that need protecting.

Why did you choose Afghanistan for the setting for this book?

My dad gave me a National Geographic that featured the Kyrgyz tribesmen of the Wahkan Valley in Northern Afghanistan. They are a hardy and beautiful people. I fell in love with them. I wanted to bring them into my life and into Enigma.

What can we expect in the future from Enigma?

Expect them to become involved with the Kurds who are fighting ISIS, as well as an unexpected marriage proposal and pregnancy, and a trip to China.

I’m a hybrid author so I do both. I love the control of indie and I make more money. Traditional publishing opens a few more doors for me, and I love that whole process of working with top notch people.

Tell readers something that touches your heart.

Mission K9 Rescue, located in Texas works with military dogs to rescue, rehabilitate, and reunite with soldiers. They are amazing!

When Tessa Scott wakes with blood on her hands in a rat infested shack in Afghanistan, she discovers six orphan girls and the Undersecretary of State counting on her for protection. Confused at how she got there or why a smoldering Black Hawk helicopter has crashed outside the village, forces her into yet another adventure of cat and mouse with the Taliban who intend to kidnap them. With the help of a Kyrgyz tribesman and his men, they elude the danger only to discover their protection comes at a price which involves marriage to the leader. An unexpected chance at new love outweighs the secret Tessa must now carry forever. Meanwhile Captain Hunter, an Enigma agent, desperately searches for her before she disappears on the rooftop of the world. A race against time and ruthless drug lords, who work with the U.S. government, create obstacles which change Tessa’s life in a way she never expected.

You can learn more of Tierney on… 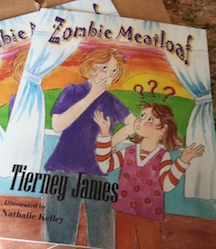