Posted on April 6, 2016 by reginajeffers

In referring to the cult-like following of those who extolled all things involving Admiral Horatio Nelson, Jane Austen once wrote, “I am sick of Nelson.” Yet, the author always appreciated the lives of men in the Royal Navy. Two of her brothers served thusly. The British Navy at the time of the Napoleonic War was divided into “ships of the line,” those carrying between 60 and 100 guns, and “cruisers,” which were frigates, sloops, and brigs with fewer guns. In 1810, British naval strength was estimated to be 150+ ships of the line and near 400 cruisers. Documents on the naval history sites say that the Navy employed 800+captains, 600+ commanders, and nearly 3300 lieutenants.

During the Napoleonic Wars, the size of the British fleet was greater than all the other sea-faring nations put together.

THE REMAINS OF AN 18TH CENTURY SHIP HAVE BEEN IDENTIFIED THROUGH DETECTIVE WORK ON HER TIMBERS AS THE NAMUR, WHOSE CREWS INCLUDED JANE AUSTEN’S SEAFARING BROTHER CHARLES, AND OLAUDAH EQUIANO, THE MOST FAMOUS BLACK WRITER AND ANTI-SLAVERY ACTIVIST OF GEORGIAN ENGLAND. http://www.allempires.com /forum/forum_posts.asp?TID=32226

The British Isles remained safe behind the “Wooden Walls” of the Royal Navy, and Britain was able to continue its world trade and empire building. They controlled English Channel and trading routes with size of their fleet, but Britain also actively sent its vessels out to attack enemy warships. With its strength in numbers and its developing naval industry, Britain could risk losing a ship or two to protect the British people.

In 1797, 1801, and 1807, the British navy sailed to destroy the neutral or French-allied vessels of Holland and Denmark. At Camperdown in 1797, Admiral Duncan pitted his 16 ships against 16 Dutch warships under Admiral de Winter and destroyed the enemy fleet – capturing seven Dutchmen and allowing the rest to flee.

In April 1801, the Admirality sent an expedition against Denmark to break up a northern European agreement, the Armed Neutrality of the North, that threatened British trade and shipbuilding materiel – wood, rope, grain and tar – in the Baltic Sea.

The naval Battle of Copenhagen was a British victory that saw 12 of 18 Danish vessels captured and ended the threat to its trade. In 1807, Britain again moved against Denmark when it became known there was a French move to grab the Danish fleet. Admiral Gambier took 20 ships of the line and an infantry force of some 20,000 men – including Arthur Wellesley (yes, that is the Duke of Wellington) – to prevent the vessels falling into French hands. A two-week siege began and a Danish military move to break the blockade was ended by Wellesley’s infantry. The bombardment of the capital by the Royal Navy forced neutral Denmark to hand over its 18 ships to London. 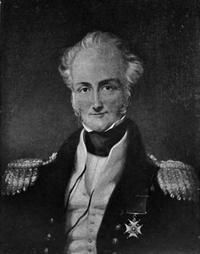 Jane Austen’s brothers entered the navy at the age of 12 and first went to sea at age 15. Naval life was a hard one, and many believed it necessary “to toughen up the boys.” Unlike in the army, naval commissions could not be bought. It was necessary to succeed in a naval career to have the patronage of an influential personage. If one knows of Admiral Crawford in Mansfield Park, this makes more sense. A man earned his future in prize money. Do we not recall Captains Wentworth, Benwick, and Harville in Persuasion? The captain would receive one-fourth of the value of the captured ship. His officers would receive graduated proportions, and ordinary seamen divided the final quarter among themselves. InPersuasion, Wentworth has earned 20,000 pounds in his eight years of service. Men learned to look forward to another war so they might continue their winning ways.”

“He would be a very lucky man, Shepherd,” replied Sir Walter. “That’s all I have to remark.”

“I presume to observe, Sir Walter, that, in the way of business, gentlemen of the navy are very well to deal with. . .I am free to confess that they have very liberal notions and are as likely to make desirable tenants as any set of people one should meet with.”

Sir Walter only nodded. But soon afterwards, rising and pacing the room, he observed sarcastically, “There are few among the gentlemen of the navy, I imagine, who would not be surprised to find themselves in a house of this description.”

Here Sir Walter’s daughter Anne spoke, “The navy, I think, who have done so much for us, have at least an equal claim with any other set of men, for all the comforts and all the privileges which any home can give. Sailors work hard enough for their comforts, we must all allow.”

“Very true, very true. What Miss Anne says, is very true,’ was Mr. Shepherd’s rejoinder, and “Oh! certainly,” was his daughter’s; but Sir Walter’s remark was, soon afterwards. “The profession has its utility, but I should be sorry to see any friend of mine belonging to it.”

“Indeed!” was the reply, and with a look of surprise.

“Yes; it is in two points offensive to me; I have two strong grounds of objection to it. First, as being the means of bringing persons of obscure birth into undue distinction, and raising men to honours which their fathers and grandfathers never dreamt of; and secondly, as it cuts up a man’s youth and vigour most horribly; a sailor grows old sooner than any other man; I have observed it all my life. A man is in greater danger in the navy of being insulted by the rise of one whose father, his father might have distained to speak to, and of becoming prematurely an object of disgust himself, than in any other line. One day last spring, in town, I was in company with two men, striking instances of what I am talking of, Lord St. Ives, whose father we all know to have been a country curate, without bread to eat; I was to give place to Lord St. Ives, and a certain Admiral Baldwin, the most deplorable looking personage you can imagine, his face the colour of mahogany, rough and rugged to the last degree, all lines and wrinkles, nine grey hairs of a side, and nothing but a dab of powder at top.– ‘Inthe name of heaven, who is that old fellow?’ said I, to a friend of mine who was standing near (Sir Basil Morley). ‘Old fellow!’ cried Sir Basil, ‘it is Admiral Baldwin. What do you take his age to be?’ ‘Sixty,’ said I, ‘or perhaps sixty-two.’ ‘Forty,’ replied Sir Basil, ‘forty, and no more.’ Picture to yourselves my amazement; I shall not easily forget Admiral Baldwin. I never saw quite so wretched an example of what a sea-faring life can do; but to a degree, I know it is the same with them all: they are all knocked about, and exposed to every climate, and every weather, till they are not fit to be seen. It is a pity they are not knocked on the head at once, before they reach Admiral Baldwin’s age.”

It seemed as if Mr. Shepherd, in this anxiety to bespeak Sir Walter’s goodwill towards a naval officer as tenant had been gifted with foresight; for the very first application was from an Admiral Croft. . .

“And who is Admiral Croft?” was Sir Walter’s cold suspicious enquiry.

Mr. Shepherd answered for his being of a gentleman’s family, and mentioned a place; and Anne, after the little pause that followed, added, “He is rear admiral of the white. He was in the Trafalgar action, and has been in the East Indies since; he has been stationed there, I believe, several years.”

“Then I take it for granted,” observed Sir Walter, “that his face is about as orange as the cuffs and capes of my livery.”

6 Responses to Jane Austen’s Love of the British Navy