Posted on February 2, 2015 by reginajeffers

As we celebrate Jane Austen with the relaunch of Austen Authors, I thought it prudent to examine what makes “our” Jane so popular. Austen’s influence proves that the past is always in the process of being reinvented. There have been over 300 continuations, retellings, adaptations, and sequels to Austen’s works.

In Ian Watt’s Rise of the Novel, the author says Austen combines the internal and external approaches to character, that she has authenticity without diffuseness or trickery, and that Austen offers a sense of social order, which is not achieved at the expense of individuality and autonomy of the characters.

And Devoney Looser says in “Feminist Impressions of the Silver Screen Austen,” that Austen’s worlds “…were not populated with upper-class gentlemen. Sir Walter Scott referred to Austen’s novels as about the ‘middling classes,’…and Madame de Staël called them simply ‘vulgaire.’ …It was not until our own century that Lord David Cecil tried to ‘co-opt Austen…into the aristocracy.'” But it does not take a genius to see that “what motivates the action is neither aristocratic arrogance or greed. Anxieties about money and status abound in the novels and the adaptations – and not simply to keep up with the Joneses or the de Bourghs.”

As we all know, Austen conveys life stories, which are small, but perfect. Her subjects are common, ordinary families. Austen sees things as they are and as they ought to be. Her happy endings translate the heroine’s moral assets into material ones.

So, what are some characteristics of Austen that may be easily translated into modern times?

** Her ironic take on society is delivered in a reassuring, sisterly voice.

** Her works deal with the believable, timeless obstacles of class, money, and misunderstandings, which make her works adaptable to any era.

** Jane Austen looks at society through a comedic screen, examining the problems of a male dominated society.

** “Family” is the building block of society.

** Her novels focus on the tenuous position of women, who accept the fact they must marry in order to achieve social acceptance.

** Adaptations of Jane Austen’s novels hold a mirror to our own society and expand Jane Austen’s keen analysis of the vicissitudes of class.

** The reader is presented with a protagonist whose life and social position appear similar to her own.

** Austen’s women are women of sense; they embody the notion of rational love.

** Her characters speak to what we were, what we are, and what we want to be. 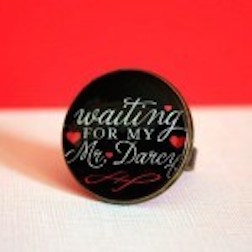 ** Courtship offers the hero a paradoxical challenge in that he must follow normalizing rules of public behavior in order to create uniquely personal emotional connections.

** The visual text escapes Austen’s verbal control and encourages her audience to interpret it.

** Modern readers appreciate the male hero’s displaying his struggle to achieve emotional expression, which will bring him into balance. He physically displays the emotions he cannot speak.

** We create “masculine balance” according to our own emotion-based criteria, while Austen creates our ideas of masculinity. Her characters’ internal contradictions become harmonized.

Ideas for this piece come from…