From Where Does That Phrase Come? 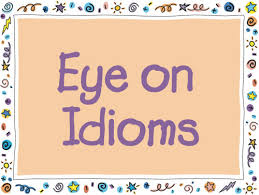 Recently, I was checking the source of several key phrases within my current WIP (Work in Progress), a cozy mystery, checking to discover whether the word/phrase would have been used in Regency England. Below, are some of those I researched. As one can easily observe, several I kept within the story, others made a quick exit.

A Wild Good Chase…
Noun: wild-goose chase (plural wild-goose chases) (idiomatic); (figuratively) A futile search, a fruitless errand; a useless and often lengthy pursuit; A task whose execution is inordinately complex relative to the value of the outcome.
Etymology:Early recorded use refers to a type of 16th century horse race where everyone had to try to follow the erratic course of the lead horse, like wild geese have to follow their leader in formation. Mentioned in the William Shakespeare play Romeo and Juliet, Act 2, scene 4 by the character Mercutio: “Nay, if our wits run the wild-goose chase, I am done; for thou hast more of the wild goose in one of thy wits than, I am sure, I have in my whole five.” Mentioned in Robert Burton, Anatomy of Melancholy (1621). Common use in the current may be the origin for the sport sense.

Red Herring…
Noun: red herring (plural red herrings):A smoke-cured and salt-brined herring strong enough to turn the flesh red; a type of kipper.
“Up in the morning, and had some red herrings to our breakfast, while my boot-heel was a-mending, by the same token the boy left the hole as big as it was before.” (Samuel Pepys diary entry of 28 February 1660);
(figuratively) A clue or information that is or is intended to be misleading, that diverts attention from a question.
Etymology:Until 2008, the accepted etymology of the idiom was that red herring were used to train dogs to track scents. This has proved to be a false In truth, it originated from a news story by English journalist William Cobbett, c. 1805, in which he claimed that as a boy he used a red herring (a cured and salted herring) to mislead hounds following a trail; the story served as an extended metaphor for the London press, which had earned Cobbett’s ire by publishing false news accounts regarding Napoleon.

The Cake is a Lie…
(Internet slang) The end you are pursuing is unattainable or misguided; the reward you have been promised is false.
Etymology: From the 2007 video game Portal, in which a self-aware computer, GLaDOS, lures the player into participating in dangerous experiments with the promise of cake. As the game progresses, the player discovers graffiti left by previous test subjects, including the warning “the cake is a lie.”

Tilt at Windmills…
Verb (intransitive) To attack imaginary enemies; (intransitive, idiomatic) to persistently engage in a futile activity.
Etymology: From a passage in the novel Don Quixote where the eponymous character tilts at (i.e. joust at) windmills he has mistaken for giants.

Keep It Between the Ditches…
Verb: (idiomatic) To stay out of trouble or follow a righteous (God-fearing) path.
Etymology:
This is a phrase that originated as a popular saying in the State of Alabama, particulary the northern part, to generally emphasize the desire to live a good and clean life. The rock band Drive By Truckers used the phrase in their song “The Rightgeous Path.” Some members of the band are from the northern part of Alabama.

Kill the Fatted Calf…
Verb: (idiomatic) To begin a festive celebration and rejoicing for someone’s long-awaited return.
Etymology:The phrase derives from the parable of the prodigal son in the New Testament.

Knuckle Dragger…
Noun: (plural knuckle draggers); (idiomatic, often derogatory) A large, strong, and rather dimwitted person: Synonyms: Neanderthal
Etymology: An allusion to the practice of less-evolved larger primates of walking upright with their knuckles close to the ground.

Cake Walk…
Noun:(plural cake walks):(idiomatic) Something extremely easy.
Etymology: A type of dance originating in the United States in the 19th century. From the mid 1900s, a game at a fair or party in which people walk around a numbered circle along to music. When the music is stopped, the caller draws a number from a jar and whoever is standing on or closest to that number wins a cake.

Head Over Heels… (Although I customarily write ‘Heels Over Head’ for to be upside down, one’s heels are up and the head down.)
Adverb (comparative form, more head over heels, superlative form, most head over heels) Tumbling upside down; At top speed; frantically; Hopelessly smitten.
Etymology: Emerged in the 14th century as “heels over head,” which is more literally accurate, as “head over heels” is the more standard state of being. “Heels over head” evolved into “head over heels” in common use departing its literal meaning, probably for reasons of phrasal elegance.

Greengrocer’s Apostrophe…
Noun: (plural greengrocer’s apostrophes); The incorrect use of an apostrophe to form the plural of a word through ignorance of the use of the apostrophe.
Etymology: The term is believed to have been coined in the middle of the 20th century by a teacher of languages working in Liverpool, at a time when such mistakes were common in the handwritten signs and advertisements of greengrocers (e. g., Apple’s 1/- a pound, Orange’s 1/6d a pound). Some have argued that its use in mass communication by employees of well-known companies has led to the less literate assuming it to be correct and adopting the habit themselves.

Speak of the Devil…
(idiomatic, humorous) An expression sometimes used when a person mentioned in the current conversation happens to arrive on the scene.
Etymology: Variation of “Speak of the devil and he shall appear,” which can be traced back to “Talk of the Devil, and he’s presently at your elbow” attested in 1666.

Sour Grapes…
Noun:sour grapes (uncountable) (plural only); (idiomatic) Things that somebody pretends to despise because he/she cannot possess them.
(idiomatic) A putting down or expression of disdain about something that one desires but cannot have.
Etymology: From the Aesop’s fable The Fox and the Grapes, in which a fox, unable to reach grapes he is seeking, decides that they must have been sour.

Square Away…
Verb: square away, squared away; (idiomatic) To finish, complete, tidy or put in order; (nautical) To square the ships’ yards to make her run before the wind, with the wind blowing straight from the stern.

Rag Bagger…
Noun: rag bagger (plural rag baggers);(idiomatic, disrespectful) A sailor who tends to sail on messy cruising vessels; (idiomatic, disrespectful) A sailboat, usually a cruising sailboat tending to carry and store lots of supplies along the deck, or any sailboat that looks neglected or messy.
Etymology: From rag referring to the sails, and bagger referring to the storage of many items.

And these are for my internet friend, Carol Cork, who asked of them in last month’s phraseology post. I was listening, Carol.

To Call a Spade, a Spade
This means to avoid euphemisms, calling a thing what it really is. The phrase goes back to the time of Plutarch in the 1st Century A.D. It is found in Plutarch’s writing about the life of Philip of Macedon. What many do not know is the Greek work for “spade” is very similar to the one for “boat” or “bowl.” Lucian, a Greek writer of the 2nd Century, supposedly used the phrase also.

The Bee’s Knees
This phrase has come to mean something of good quality, but in the 18th Century the phrase was used to mean something very small. Likely, it came to us from the fact that bees carry pollen back to the hive in sacs on their legs, but there is no proof to that fact. According to Phrase Finder, ‘Bee’s knees’ began to be used in early 20th century America. Initially, it was just a nonsense expression that denoted something that didn’t have any meaningful existence – the
kind of thing that a naive apprentice would be sent to the stores to ask for, like a ‘sky-hook’ or ‘striped paint’. That meaning is apparent in a spoof report in the New Zealand newspaper The West Coast Times in August 1906, which listed the cargo carried by the SS Zealandia as ‘a quantity of post holes, 3 bags of treacle and 7 cases of bees’ knees’. The teasing wasn’t restricted to the southern hemisphere. The US author Zane Grey’s 1909 story, The Shortstop, has a city slicker teasing a yokel by questioning him about make-believe farm products:
“How’s yer ham trees? Wal, dog-gone me! Why, over in Indianer our ham trees is sproutin’ powerful. An’ how about the bee’s knees? Got any bee’s knees this Spring?”
The nonsense expression ‘the bee’s knees’ was taken up by the socialites of Roaring 20s America and added to the list of ‘excellent’ phrases. A printed reference in that context appears in the Ohio newspaper The Newark Advocate, April 1922, in a piece on newly coined phrases entitles ‘What Does It Mean?’:
“That’s what you wonder when you hear a flapper chatter in typical flapper language. ‘Apple Knocker,’ for instance. And ‘Bees Knees.’ That’s flapper talk. This lingo will be explained in the woman’s page under the head of Flapper Dictionary.” [an ‘apple knocker’ is a rustic]

Cat Got Your Tongue

The phrase means someone remains inexplicably silent even though someone has implored him for information. From Phrase Finder, once again, we discover “‘Cat got your tongue?’ is the shortened form of the query ‘Has the cat got your tongue?’ and it is the short form that is more often used. It is somewhat archaic now but was in common use until the 1960/70s. It was directed at anyone who was quiet when they were expected to speak, and often to children who were being suspiciously unobtrusive.
There’s no derivation that involves any actual cat or celebrated incident of feline theft. It certainly doesn’t relate to sailors becoming taciturn when punished with the cat o’ nine tails as some have suggested – that’s pure invention. Like the blackbird that ‘pecked off his nose’, the phrase is just an example of the lighthearted imagery that is, or was, directed at children.
The expression sounds as though it might be old but isn’t especially so. It isn’t found in print until 1881, in the US illustrated paper Ballou’s Monthly Magazine, Volume 53:
Has the cat got your tongue, as the children say?
The demarcation of the phrase as being ‘children’s’ suggests that it may be earlier than the 1880s. Children’s language wasn’t written down until it became used by adults, which may be some years after it was common parlance in the playground.”

Marry in Haste, Repent at Leisure
The meaning of this phrase is quite literal. This proverbial saying was first expressed in print by William Congreve in his comedy of manners The Old Batchelour, 1693:
Thus grief still treads upon the heels of pleasure:
Married in haste, we may repent at leisure.

To Take Down a Peg or Two
This phrase means to lower one’s opinion of himself. Phrase Finder says, “Various quantities and qualities have been measured by the use of pegs. It has been suggested that the pegs in question here were those used to regulate the amount of drink taken from a barrel, or those that controlled the hoisting of the colours (flags) of ships. Either of these might be correct although, like the ‘yards’ of ‘the whole nine yards’, ‘pegs’ could relate to many things.
It is interesting though that all the early citations of the phrase have a religious context; for example:
Pappe with An Hatchet, 1589 – ‘Now haue at you all my gaffers of the rayling religion, tis I that must take you a peg lower.’
Joseph Mead’s Letters, 1625 – ‘A-talking of the brave times that would be shortly… when… the Bishop of Chester, that bore himself so high, should be hoisted a peg higher to his little ease.’
Samuel Butler’s Hudibras, 1664 – ‘We still have worsted all your holy Tricks,… And took your Grandees down a peg.'”

4 Responses to From Where Does That Phrase Come?