Stylist Choices (or) Why Would Anyone Choose that Word?

Recently, I entered an excerpt from my WIP (Work in Progress) in a contest. This is something I do with some degree of regularity, especially if I want an uninterested reader to speak to voice or tension or point of view. Occasionally, one of the anonymous judges makes a comment on word choice. In the contest of which I speak, one particular judge praised my grammatical care, but she/he felt I had missed the mark with my word choices for The Mysterious Death of Mr. Darcy, my last Pride and Prejudice mystery. She felt I had make a genuine effort to sound of Jane Austen, but I had failed in many of my choices. In truth, I have long abandoned the idea of sounding like Austen. “Our Jane” had a unique gift of words few of us could duplicate. I simply use words that may have gone away from current standards. That being said, permit to speak of some of my favorites from the past:

Are you familiar with “armamentarium”? Armamentarium is a collection of resources available or utilized for an undertaking, especially the equipment, methods, and pharmaceuticals used in medicine; in slang, “a bag of tricks” – circa 1860 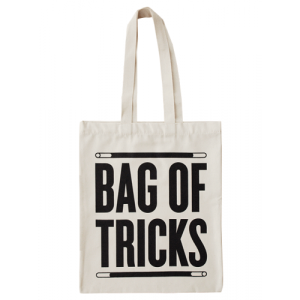 Have you ever used the word “ineffable”? Ineffable means incapable of being described in words, as in “ineffable joy.” It can also mean something not to be uttered, as in “the ineffable name of Jehovah.” It comes to us from Middle English and its first known use was during the 14th Century.

Did you know that “expectorate” is a euphemism for spit, dating to 1827? Literally, the word means to eject from the throat or lungs by coughing or hawking or spitting. Online dictionaries give the first known use as 1601.

Can you use the word “comport” in a sentence? Most Regency era based writers would use the word to behave in a manner comfortable to what is proper or expected, as in “Lord Townsend comported himself well in the matter.” However, there is also the idea of comport to mean “to be fitting,” as in “Equivocation ill comports with a true act of conscience.” Comport likely comes from Middle French, with its first known use in 1589.

In modern times we think of “conceit” means excessive appreciation of one’s own worth or virtue, but conceit was one used for a fanciful idea, an elaborate or strained metaphor (especially as used in poetry), or a fancy phrase or expression, as in describing a crowd as a “vast sea of humanity swaying to the music.” The word comes to use from Middle English via the Anglo-French “conceivre.” Its first known use was in the 14th Century.

Have you ever used “illume” instead of “illuminate”? Illume was once used to mean to edify, enlighten, inspire or nurture, as in “A hundred candles illumed the church’s interior.” It likely came to us in the early 1600s.

Have you ever used “presage”? Presage is something that portends or foreshadows the future, as in “A robin a presage of the return of spring.” Its first known use was in the 14th Century.

A like word is “prescient.” What do you know of “prescient”? Prescient is foreknowledge of events, either by divine omniscience or by human anticipation of the course of events (foresight), as in “His novel is a prescient look at the future.” It’s is another word from Middle English.

From the Greek word “hybris,” we find a fancy word for “arrogance.” Hubris came into use in the 1880s. It means “exaggerated pride or self-confidence.”

Although it’s one I have not used in some time, I would suggest another favorite: “cynosure.” Cynosure can mean one who directs or guides; a center of attraction or attention (as in, He turned the slums into a cynosure.); a person or thing that attracts lots of attention or interest. If the word is capitalized, it indicates the northern constellation Ursa Minor or Polaris (the North Star). Despite being slightly obsolete, I find it a highly literary word. Its first known use was in 1565.

Surely, many of you have used “modicum” previously. Modicum is a small portion or a limited quantity, as in a “modicum of skill.” It comes to us from Middle English via the Latin word “modicus.” Its first known use is during the 15th Century.

I would imagine many of you have come across “forthwith,” which is an obsolete means to say “immediately,” but have you ever used “forgather”? Forgather means “to assemble or come together.” It also means “to meet someone, usually by chance.” Its first known use was in 1513.

Finally, for today, what of the word “chef-d’oeuvre”? Chef-d’oeuvre is a “masterpiece, especially in art or literature.” It comes to us from the French, literally meaning, leading work. Its first known use was in 1619. One thing English writers might consider when using chef-d’oeuvre is its plural: chefs-d’oeuvre, not chef-d’oeuvres.

5 Responses to Stylist Choices (or) Why Would Anyone Choose that Word?