A Play from Emma Wood: “Mr Bennet’s Bride,” a Pride and Prejudice Prequel

Posted on November 9, 2016 by reginajeffers

First, before we begin, I should say that Emma is literally on the other side of the world. Where she lives it is already Thursday, November 10, so if she does not respond too quickly to comments below, it is not because she does not want to do so. That being said, permit me to introduce you to Emma Wood and “Mr Bennet’s Bride.” Personally, I loved this play, and I hope you will too. 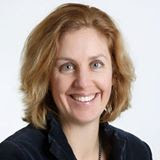 From Marriage to Courtship: Looking Back

Pride and Prejudice is a novel that offers so much to the reader that to quantify it in a single sentence is simplistic in the extreme. But without doubt, it is deeply concerned with courtship and marriage. An array of engaging characters and plots present different models of this well-trodden pathway. Over time I became gripped with one couple in particular. To explain why it may help to look briefly at a few others.

Naturally, the relationship that develops between Elizabeth Bennet and Mr Darcy comes to mind as the most prominent example of a courtship. Beginning without intention on either side, then developing slowly with many twists and turns, and happily resulting in a marriage of equals in mind and heart; their story is the core of the novel. Jane and Mr Bingley, though shown to be a true match, navigate many hurdles before finally overcoming them to general satisfaction. Lydia and Wickham appear somewhat settled by the end of their tumultuous path to matrimony, but as the reader knows too well, theirs is only a superficial ‘happy ending’. Another view is offered through the marriage of Charlotte Lucas and Mr Collins. Made hastily and without love on either side, it is seen through Lizzie’s eyes to be a penury she could never submit to.

The author rewards the elder Bennet girls who hold out for love. Lydia’s recklessness results in a marriage far less satisfactory, although she is blessedly ignorant of present complexity and probable future unhappiness. In spite of Lizzie’s misgivings, sensible Charlotte is pleased to have achieved material security, and willing to bear the inevitable frustrations of being married to the ludicrous Mr Collins.

The novel shows vividly that marriage has varying outcomes depending on many factors: luck, timing, fortune or the lack of it, decision-making, behaviour, and what we might call these days ‘love-onomics’. Charlotte fairly accurately assesses her own worth in the marriage market and does indeed settle for the best prospect she is likely to be offered. She is a realist and accepts the limited terms that society sets for women and seems reasonably content with the outcome. Lizzie, idealistic and romantic, does the opposite and holds out for love at all costs, stating ‘I am determined that only the deepest love will induce me into matrimony.’ 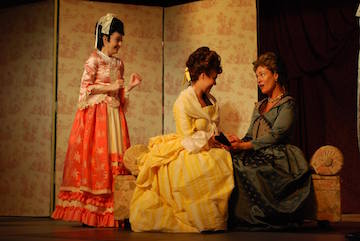 Each of these couples is depicted in their early adulthood, and mostly the journey to marriage is more closely examined than the destination. Each plot is brilliantly drawn, offering significant reflections on the theme of marriage. But there is another couple who matters greatly in broadening the understanding of Lizzie and others on marriage. Mr and Mrs Bennet kindle my greatest curiosity. Unlike the others, it is a marriage that has already endured decades, and any brief honeymoon period has long since been forgotten. Indeed, the opening chapter of the novel portrays the mismatched pair engaged in their customary game of cat and mouse, in which Mr Bennet continually takes delight. His provocation causes Mrs Bennet to cry on the second page of the novel:

‘You take delight in vexing me. You have no compassion on my poor nerves.’

To which he perfectly responds:

‘You mistake me, my dear. I have a high respect for your nerves. They are my old friends. I have heard you mention them with consideration these twenty years at least.’

This verbal jousting, in which he is always triumphs by virtue of his superior mind and steadier temperament, provides much amusement to both Mr Bennet and the reader throughout the novel – and in later screen productions provides wonderful comic opportunities for the actors.

Mr and Mrs Bennet are written with such theatrical flourish that their characters almost demand to be given life on stage or screen – and have been with delightful results in countless productions. Much of their story is conveyed through direct dialogue, a technique Austen utilises frequently in her novel, to great effect. Particular qualities of Mr and Mrs Bennet – her thoughtless, small minded and frequently melodramatic commentary, coupled with his dry, playful but provocative responses, make them a very lively sparring partners. The reader understands their relationship and all its dynamic failings with an immediacy that lends itself to dramatization.

But where did it all begin? What courtship was the prelude to this pairing?

While the story I began to envisage could have been written by a novelist, I am not one. I have a theatrical background: an actor, a director, a drama teacher, and recently a playwright of my first full length play, a modern drama called Water Child. The play won an award, produced some strong reviews, and I was inspired to continue. So when I sat down at the computer with Mr and Mrs Bennet burning in my brain, it didn’t occur to me to write a novel. I began a play.

I have conceived a prequel to Pride and Prejudice in the form of a full length play, entitled Mr Bennet’s Bride, set twenty-three years before the novel begins. The audience already knows how the courtship must end: so the mystery is how and why it began. The novel’s brief glimpse into their past allows so much room for speculation, that it was both a challenge and a delight to consider how this odd coupling began. In imagining their courtship, I have tried to emulate Austen’s ability to evoke both laughter and empathy. And much as the reader might enjoy the wit and ‘quick parts’ of Mr Bennet, and sympathise with his marriage to a woman of ‘mean understanding, little information, and uncertain temper’, the match begs closer imaginative examination.

What of the world they inhabited as younger people? What of the previous generation? Did their parents encourage or discourage the match? Did the future daughters of this couple inherit their widely differing personalities from a colourful range of forbears? And how did Mr Collins of the novel come to inherit – what was his place in the family, and why had the fathers not spoken for decades? 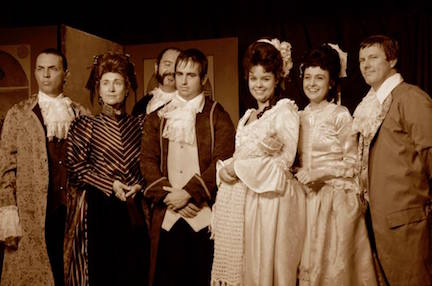 These questions and more were my canvas and provided so much to consider that it was hard to organise my thoughts. But I had a vision of the final moment of the play before I put pen to paper: a young Mr Bennet, having enthusiastically initiated a courtship with a woman entirely unsuited to him in temperament and ability, suddenly realises the outcome that will surely follow. The penny drops, and as the light dims, the dawning trepidation on his face is the last thing the audience sees. With this image as the destination point, young Mr Bennet became the protagonist. The other reason was that in sketching the details of their early lives, Mr Bennet inevitably became a more complex person. ‘…so odd a mixture of quick parts, sarcastic humour, reserve, and caprice, that the experience of three and twenty years had been insufficient to make his wife understand his character.’ His behaviour toward his wife, and his daughters, with whom he is incredibly uneven in his treatment, had to be shown to be shaped by influences in his earlier life.

While the future Mrs Bennet (in my play, a young Miss Gardiner) is a delightfully energetic and vivacious stage presence, her character was inevitably simpler to conceive, in order to maintain credibility with the character in the novel. As Austen states in Chapter One:‘Her mind was less difficult to develop.’ This playwright echoes that sentiment!

I felt an enormous responsibility to create characters that would ring true to Austen fans, who already knew and loved them so well: it was in many ways daunting. But when the play was written, refined, rehearsed and performed, it was the greatest joy to hear the audience laugh and cry, and to hear them afterward discussing the younger characters I had developed as being just what they would have hoped for. The Newcastle Theatre Company (Australia) immensely enjoyed the box office records too! The connection to Ms Austen was, of course, gold. 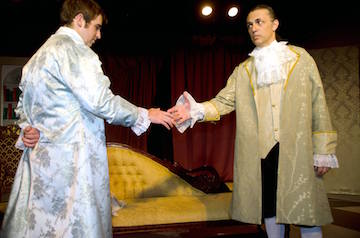 The play offers a cast of 6F/4M, with both the Bennet and the Gardiner family seen in their respective houses as the unsuitable match is kindled and deepened. Mr and Mrs Bennet, the younger, you will recognise – but other characters I have taken the liberty of creating afresh.

The play is meant for the stage, but to the Austen enthusiast will offer an engaging read. It has been enjoyed thoroughly as a read aloud at book clubs – something to consider for a fun night in? Or if you enjoy it and have theatre connections – perhaps suggest it to your local company as a thoroughly enjoyable and highly marketable play – being quite unique in that it is a both ‘new’ and ‘period/classic’.

I welcome your comments and questions, but as I live in Australia we may be in very different time zones, so please bear with me if my response is not immediate. 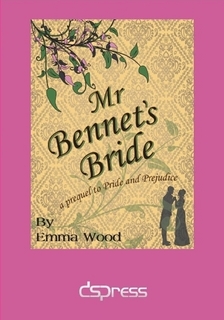 Mr Bennet’s Bride by Emma Wood is set in the 1780s, 25 years before the novel Pride and Prejudice opens. The play concerns the ill-suited couple Mr and Mrs Bennet, portrayed with such humour in that famous novel, and examines how they met and decided to marry. When it debuted in 2014, at the Newcastle Theatre Company, its ticket sales were the third highest in the group’s sixty year history.

To see photos and reviews:

1 Response to A Play from Emma Wood: “Mr Bennet’s Bride,” a Pride and Prejudice Prequel