Welcoming Author, Lindsay Downs + an Excerpt from “Married by Christmas: A Rogues and Rakehells Mystery”

Posted on November 18, 2015 by reginajeffers 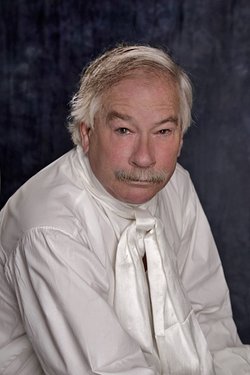 I would like to welcome author Lindsay Downs to the Every Woman Dreams Blog. Lindsay is the author of a variety of books, including: The Earl’s Spitfire; Highland Gold, The Guilty Countess, Operation: Love, Masked Lady and the Murder, Brotherly Love!, The Earl’s Queen, The Contessa and the Marquis, Spy Cathcher, and A Bluestocking’s Christmas, as well as several others. Today, we will learn something of a lovely holiday release, Married by Christmas, but first learn a bit more about Lindsay Downs.

I’ve been an avid readers ever since I was old enough to hold a red leather bound first edition copy of Sir Walter Scott’s The Lady of the Lake in my lap.

So, it only seemed natural at some point in my life I take up pen and paper to start writing. Over time my skills slightly improved which I attribute to my English teachers.

My breakthrough came about in the mid 1970’s when I read a historical romance written by Sergeanne Golon, Angelique. This French husband and wife team opened my eyes to the real world of fiction. Stories about romance, beautiful damsels, handsome heroes, and plots that kept me hooked. Of course, being a man, I had to keep my reading hidden from others as that wasn’t appropriate reading for men.

With this newfound appreciation of the written word, I took up other books and devoured them, as a starving person would a plate of food. I them attempted to write again. I still wasn’t satisfied, so I put my efforts aside for years, as other events entered my life.

Finally, in the early years of the new millennium I tried again to write and once again met with limited success. At least now I was able to get past the first page or two. Then, in 2006, a life changing event brought me back to my love: I took a job as a security officer. This allowed me plenty of time to read different genres.

My favourite was the Regency Era in England. As I poured through everyone I could get my hands on, I knew this could be something I wanted to attempt.

In 2012 when my debut Regency romantic suspense released, I was hooked and have, except for a few contemporaries, focused on this genre.

Since 2012, I’ve lived in central Texas. I’m also a member of Romance Writers of America and their local chapter.

Married by Christmas
When Nash, Marquis of Renfield, learns of a plot to make his love, Lady Amelia, marry someone else he marshals his friends, their wives, along with both sets of parents, to retreat to the Fenwick ducal estate.

Everyone starts planning for a Christmas Eve ball until things go awry, in the name Smedley, allegedly the only son of the Earl and Countess of Rosewood.

At first it was thought Rosewood, supposedly in the dun, was after Amelia’s dowry. It turned out the earl and countess were seeking more. Power. Great power which could bring England to its knees.

When Nash is kidnapped it falls on Amelia and their friends to rescue him. With the assistance of Justin, Nash’s groom, they devise a plan to save him from certain death.

Once back at the ducal palace Nash keeps his word to Amelia just as the ball starts.
The duke and duchess are also hiding a secret from everyone in regards to the Rosewood earldom.
Excerpt- Married by Christmas
Strolling up to his valet, Nash saw the man frowning which wasn’t a good sign.

“M’ lord, welcome. It seems the ride with the maids was interesting, to say the least, enlightening at most.”

“Let’s wait until we’re out of earshot then you can tell me,” Nash stated.

He accepted a nod from his valet, then followed Ryan into the tavern and up the stairs to the first floor, then down the opposite hall from the ladies. The fact they were a distance away made him happy.

Nash shrugged from his jacket, followed by his cravat and shirt. After he dropped them onto the bed, he took care of his needs. With his hands washed, he splashed water on his face then ran his wet fingers through his unfashionably long hair.

Dried off, he returned to where Ryan awaited.

Accepting a clean shirt, he fastened it then waited while a new cravat was tied. That done, he turned to his valet.

“All right what had you distraught earlier and still does.”

“What I’m going to tell you was told me in confidence, but with permission to inform you. It would seem the true reason for Lady Amelia to travel in your company wasn’t to see how you both dealt with it, but something more sinister. Her Grace didn’t collect Lady Amelia but the other way around.”

“I don’t understand, why did Her Grace say it differently?”

“The eldest son of an earl, close to being in the dun, is trying to marry her under his father’s direction. They are hoping the dowry will rescue them from debtor prison.”

“So, by sending Lady Amelia to London with me, her parents are hoping to throw the son off the scent?”

Then, he remembered the note from his father. Stepping over to his jacket, freshly brushed out, Nash retrieved it, broke the seal, and read.

Son,
I’m sure by now you are aware of why Lady Amelia is traveling to London with you and your mother. Both myself and The Duke of Appleton have complete faith in you protecting your future bride.
I’ve remained behind but will shortly be joining you all.
Finally, might I give you a piece of advice, which I pray you’ll heed?
We men, in general, tend to forget important days in the lives of our wife. On that, I would suggest you marry by Christmas, if not on that date. This way you’ll never have to worry about overlooking your anniversary.
Thomas

Now it all made sense. The strange worried look in her eyes two days ago. Not to mention what the ladies talked about when he’d returned to the sitting room before luncheon.

Nash marched over to the fireplace, took a lucifer stick, rubbed it against the stone mantle’s rough surface then touched the flame to the paper. He waited until the paper was almost engulfed, before throwing it in the hearth and watching the rest of it burn.

Regina Jeffers is the award-winning author of Austenesque, Regency and contemporary novels.
View all posts by reginajeffers →
This entry was posted in British history, Living in the Regency, Regency era and tagged excerpt, guest post, Lindsay Downs, Married by Christmas, mystery, Regency romance. Bookmark the permalink.

2 Responses to Welcoming Author, Lindsay Downs + an Excerpt from “Married by Christmas: A Rogues and Rakehells Mystery”