Posted on September 18, 2015 by reginajeffers

When I am not writing my own novels, I read voraciously. For this review, I chose Debra White Smith’s First Impressions. This book is part of Smith’s backlist, but it is worth doing a search for it. Ms. Smith is a minister, and her Austen Series are modern adaptations of Jane Austen’s novels, each with a religious message. Other than First Impressions, which is a contemporary version of Pride and Prejudice, one may find Possibilities (Persuasion), Amanda (Emma), Northpointe Chalet (Northanger Abbey), and Reason and Romance (Sense and Sensibility). I absolutely loved Possibilities and will address it in the future.

When Eddi Boswick is cast as Elizabeth, the female lead in a local production of “Pride and Prejudice,” she hesitates. Dave, the handsome young rancher cast as Darcy, seems arrogant and unpredictable. Accepting the challenge of playing opposite him, Eddi soon realizes that he is difficult to work with on and off the set. When a tornado springs out of nowhere, Dave protects Eddi…much to her chagrin. And he is shocked to discover an attraction for the feisty lawyer he can’t deny. Sparks fly when Eddi misinterprets his interest and discovers the truth he’s trying to hide.

The first in her Austen Series, Smith dedicates this novel to Dr. Michael Murphy, the professor who first introduced her to Jane Austen. In this novel, Smith begins by providing her readers with a “Cast” of characters. Please note that for each novel in the series,  she says her characters are “based on” Austen’s, which means that an Austen lover will see the similarities, but Smith has not insisted that the characters “do everything” as the Austen originals. Nor do they react in the same manner as Austen’s beloved characters, a purposeful choice which I appreciated. Even in an “inspirational” series, translating Austen’s characters into contemporary situations is not possible. Obviously, the restraints on marriage and relationships which colored the Regency Period are not an issue in the modern world. Las Vegas is the modern answer to Gretna Green.

Smith masterly tells the story through her dialogue. Although her description is first rate, her dialogue is spotless. Coming from a theatre background, I appreciate advancing the story with dialogue rather than long passages of narration. However, it is apparent from the beginning that Smith makes no attempt to replicate Austen’s style. The characters are relatable, and the book eloquently speaks to the role of religion in a person’s life. The challenges and rewards of love are the main theme.

If you are an Austen fan and are familiar with the scene where Mr. Darcy tells Charles Bingley that Elizabeth Bennet is “tolerable, but not handsome enough” to tempt him. Then this is Smith’s version of that event. (Dave’s aunt Madelynne DeBloom is conducting a reading of Pride and Prejudice to determine parts in the upcoming production.)

A cautious precognition suggested Eddi should stop eavesdropping. She rubbed her fingertips along the buttons on her linen jacket. A daredevil streak challenged her to ignore caution just this once.

What has caution gotten me so far? she asked. An empty townhouse with a dog pound refugee and two resentful felines to keep me warm at night. She crossed her legs and gazed past the honeysuckle-laden trellis to a woodpecker that was determined to pound his beak into the oak at the porch’s corner. All the while she pined for any signal of interest from the renegade rancher.

“Oh, so we’re not commenting on the lawyer?” Calvin teased. “Why not?”

Dave remained silent. Eddi looked down and pulled at the top of a piece of broccoli.

“Whatsa matter?” Calvin blurted. “Are you afraid of her?”

A caustic laugh bounced around the porch.

“Or maybe you’re worried she’s too smart for you! Ha!” Calvin laughed.

Eddi snapped her attention from the broccoli to the porch’s corner. Calvin slid his chair back and his legs disappeared.

“Oh, shut up, ” Dave groused. “If you must know, Eddi Boswick would have to be way more classy to keep my attention for long.”

If you are a Jane Austen lover, you will enjoy this novel. It is worth the read to see how Smith handles the “second proposal” scene. My only objection when I first read this novel was it was a bit “preachy” in the middle regarding Linda Boswick and Rick Wallace’s relationship. Linda and Rick are the Lydia Bennet and George Wickham characters in Smith’s novel. Of course, after I realized that Ms. Smith was the founder of Real Life Ministries, the emphasis on abortion issues made more sense.

I would give this book 4.5 stars out of 5. Although it is currently out of print, I encourage you to pick up a used copy on Amazon or another media outlet. 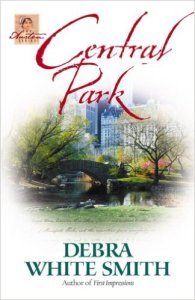 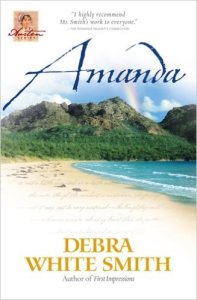 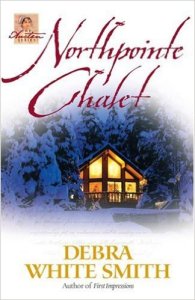 Regina Jeffers is the award-winning author of Austenesque, Regency and historical romantic suspense.
View all posts by reginajeffers →
This entry was posted in review, writing and tagged Debra White Smith, First Impressions, Review. Bookmark the permalink.