Henry Austen in “A Biographical Notice of the Author,” said of his sister, “Short and easy will be the task of the mere biographer. A life of usefulness, literature, and religion, was not by any means a life of event.” 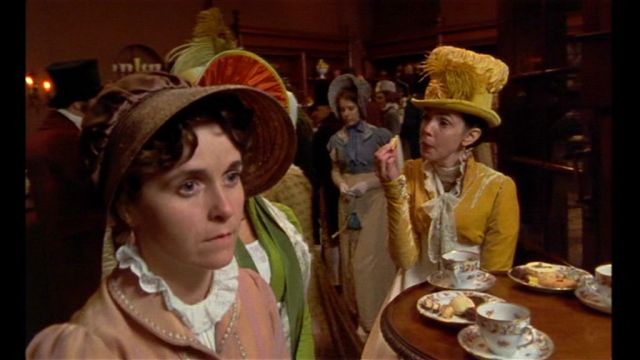 Jane Austen’s last novel is less “light” than her earlier efforts. Anne Elliot is more unhappy and constrained than the likes of Elizabeth Bennet or the Dashwood sisters. Anne certainly is no Cinderella figure. She is too rich and too well placed in Society to be a sympathetic figure, but somehow Austen creates just such a character.

Anne is reminiscent of Charlotte Brontë’s Jane Eyre, except that Anne lacks Miss Eyre’s sharp tongue. Anne’s personality is visible only to Austen’s readers, those who share Anne’s literary mind and understand the references in the story. Persuasion reflects Jane Austen’s very “typical education.” She had improved her mind by extensive reading. Her audience would also have been aware of her references, but modern audiences are less likely to do so. Below are some of the those points of greatness found in Austen’s last novel.

In reading Persuasion, an Austen fan must have a background in the literature of the time period. For example, the story begins with a reference to John Debrett’s Baronetage of England, which was published in 1808. That is quickly followed by a reference to Sir William Dugdale’s catalogue of Seventeenth Century nobility. Both mentions set the stage for Sir Walter’s vanity.

In Volume 1, Chapter 11, Austen says, “… the woody varieties of the cheerful village of Up Lyme, and above all, Pinny, wiht its green chasms between romantic rocks ….” Likely, Austen was “borrowing” from Samuel Taylor Coleridge’s “Kubla Khan,” in which the Romantic Period poet spoke of “deep romantic chasm” (1. 12) and “dancing rocks” (1. 23). At the end of the same chapter, Anne and Captain Benwick discuss his poetry choices. There are references to Sir Walter Scott’s “Marmion: A Tale of Flooden Field” (1808) and “The Lady of the Lake: A Poem” (1810). George Gordon’s (Lord Byron) receives a mention for “The Giaour: A Fragment of a Turkish Tale” (1813) and “The Bride of Abydos: A Turkish Tale” (1813). Bryon’s works were much talked about at the time of Austen’s writing her novel .

In Volume 1, Chapter 12, there is another Byron reference. “Lord Byron’s ‘dark blue seas’ could not fail of being brought forward ….” This is a reference to Bryon’s “Childe Harold’s Pilgrimage,” Canto 2, Stanza 17 (1812). At the end of Chapter 12, one finds an allusion to Matthew Prior’s poem “Henry and Emma.” Austen says, “Without emulating the feelings of an Emma towards her Henry, she would have attended on Louisa ….” Prior’s poem is based on the traditional ballad “The Nut-Brown Maid.” The poem “Henry and Emma” tells the story of a girl who proves her selfless love by extending her devotion to the woman she considers to be her rival. 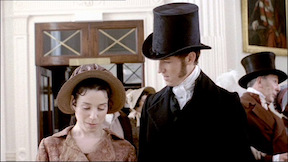 From Volume 2, Chapter 3, one finds the quote, “The elegant little clock on the mantle-piece had struck ‘eleven with its silver sounds,’” to describe Mr. Elliot’s late visit to Camden-place. This is likely a reference to Alexander Pope’s “The Rape of the Lock,” canto 1, line 18 (1714).

In Volume 2, Chapter 8, Austen adds to the story line with a mention of a character from Fanny Burney’s Cecilia. “She could not do so, without comparing herself with Miss Larolles, the inimitable Miss Larolles ….” In the 1782 novel, the character seats herself at theatrical performances in a manner where she might “cultivate” those in her vicinity.

Finally, in the opening paragraph of Volume 2, Chapter 11, Austen makes a reference to The Arabian Nights or The Thousand and One Nights. “Her faith was plighted, and Mr. Elliot’s character, like the Sultaness Scheherazade’s head, must live another day.” Scheherazade kept her head by telling the legendary king of Samarkand a new tale every night.