My Experiment with Regency-Era “Shampoo,” a Guest Post from Rebecca H. Jamison

One of my fellow Austen Authors conducted an experiment with the methods of shampooing one’s hair during the Regency era and reported on it during her November post. I hope you enjoy her tongue-in-cheek remarks as much as I did.

I once watched a reality show about a family who chose to live like Victorians for six months. One of the most memorable segments for me was when the mom and daughters snuck out to a drugstore to buy modern shampoo. They simply couldn’t stand to wash their hair the way Victorians did.

This made me wonder how people washed their hair during the Regency era, so I did a little research. I discovered that it was during the Regency Era that “shampooing” became available to people in England. Sake Dean Mahomed opened a shampooing bath in Brighton, England in 1814. He claimed that shampoo was “a cure to many diseases and giving full relief when every thing fails; particularly Rheumatic and paralytic, gout, stiff joints, old sprains, lame legs, aches and pains in the joints”. His “shampoos” were not what we think of today as shampoos, though. They were more like massages with aromatic oils.

People generally used harsh lye soaps dissolved in water to wash their hair. Hair powders had gone out of style by the Regency Era, but women still used pomades made from lard and grease. It’s likely many people also used egg washes to clean their hair. The Jane Austen Centre published a recipe on their blog, entitled “Wash for the Hair” that was originally published in The Mirror of Graces by a Lady of Distinction in 1811. It reads as follows:

This is a cleanser and brightener of the head and hair, and should be applied in the morning.
Beat up the whites of six eggs into a froth, and with that annoint the head close to the roots of the hair. Leave it to dry on; then wash the head and hair thoroughly with a mixture of rum and rose-water in equal quantities.

As you can see, my hair is on the wavy side, and in true Regency style, I am not wearing any makeup.

The recipe calls for six egg whites. I didn’t think I needed that many, so I used only four. (It turns out, I could have used only one or two.)

My mom taught me how to separate eggs when I was a teenager, and trying to keep the yolks out of the whites was probably one of the most frustrating things I ever experienced in the kitchen. I did finally master the technique, but I don’t think you need to be too much of a perfectionist when you’re making an egg wash for your hair.

The recipe says to beat the eggs into a froth, so I whipped them around for a minute with a wire whisk, which made me wonder whether people had wire whisks during Regency times. I looked it up, and it turns out the wire whisk was a Victorian inventions. During the Regency Era, people probably improvised wood brushes to beat egg whites.

Annointing my roots with whipped egg whites was quite an experience. It felt like a stiff hair gel, and you can probably tell from the picture below that instead of making my hair look wet and flat, my hair stuck out more and more as I massaged it in. I flattened it down a bit for this picture.

I followed the instructions, leaving the egg white on to dry, which, frankly, I was dreading. However, it wasn’t that terrible. It felt much like the curl cream I use and didn’t have any scent. It also dried into a nice, clear shine.

The recipe says to rinse thoroughly with equal parts rum and rose water. Since I don’t have either of those items in my house, I looked up the prices–both items run around fifteen dollars. I wasn’t about to spend thirty dollars on my experimental shampoo treatment, so I improvised with a vinegar, water, and lavender essential oil rinse.

It took a lot more rinsing than I anticipated to get the egg white out of my hair. Had I been actually using rum for that task, I would have used up an entire pirate’s boatload, but since I live in modern times, I simply stood under the shower after I used up all my vinegar solution.

My hair still felt rough and tangled after the rinse, and I was tempted to apply some conditioner. I was glad I didn’t, however, because once I combed it out, it felt perfectly conditioned. Also, my hair had a pleasant lavender scent.

Surprisingly, my hair turned out pretty well. Here are the after pictures:

My son thought that my hair looked better with the egg treatment than with my normal shampoo regimen. He may be right, but the egg treatment certainly took longer, especially since I had to let the egg whites dry on my hair before rinsing them out. From start to finish, it probably took me about five hours to wash, dry, rinse, and dry my hair. No wonder the recipe says to start in the morning!

This coming week when we celebrate Thanksgiving in the United States, I will add shampoo to the long list of modern conveniences for which I am grateful. What about you? Have you ever tried an old-fashioned beauty treatment? How did it turn out? What modern conveniences are you most grateful for?

Rebecca H. Jamison has lived on a live volcano, excavated the bones of a prehistoric mammal, and won first prize at a rigged chili cook-off. She wrote novels just for fun until she made a New Year’s resolution in 2011 to submit a manuscript to publishers.

Rebecca grew up in Virginia. She attended Brigham Young University, where she earned a BA and MA in English. Her job titles have included special education teacher’s aide, technical writer, English teacher, and stay-at-home mom.

You can learn more about Rebecca at www.rebeccahjamison.com 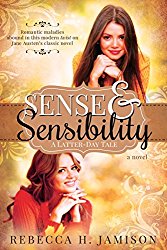 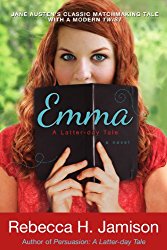 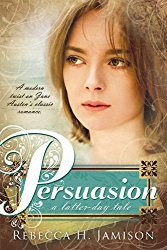 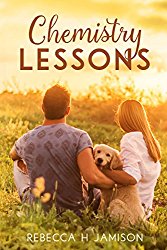 1 Response to My Experiment with Regency-Era “Shampoo,” a Guest Post from Rebecca H. Jamison