When reading historical fiction/historical romance the issue of the title the gentleman holds often comes into play. There are many misconceptions, and I admit for those of us in the States, the concept can be a bit confusing.

First thing a reader must know is that not all titles are created equal. For example, a baronet may pass on his title to his heir, but he is not considered part of the Peerage in the United Kingdom. There are some 800+ peers in modern day England whose titles may be inherited. Peers include Dukes/Duchesses, Marquesses/Marchionesses, Earls/Countesses, Viscounts/Viscountesses, and Barons/Baronesses.

In addition to hereditary peers, ones whose titles can be inherited, there are also Life peers and Representative peers. Life peers are appointed to the peerage, and their titles cannot be inherited. A life peer must meet age and citizenship qualifications under the Life Peerage Act of 1958. Prior to the Act’s passage, a member of the House of Lords had essentially to be male and in possession of an hereditary title (only a few exceptions occurred). Life peers receive the title of baron or baroness and are members of the HOL until their passage. Their legitimate children may assume the privilege of hereditary titles by being address by the prefix “The Honourable.” A representative peer, on the other hand, is  member of the Peerage of Scotland or the Peerage of Ireland, who is elected to sit in the British House of Lords. Representative peers created after 1707 as Peers of Great Britain and after 1801 as Peers of the United Kingdom held the right to sit in the House of Lords.

What does all this mean exactly? The law that applies to a particular British title depends upon when it was bestowed upon the family and the method of its creation.

“Peerages of England, Great Britain, and the United Kingdom follow English law; the difference between them is that Peerages of England were created before the Act of Union 1707, Peerages of Great Britain between 1707 and the Union with Ireland in 1800, and Peerages of the United Kingdom since 1800. Irish Peerages follow the law of the Kingdom of Ireland, which is very like English law, except in referring to the Irish Parliament and Irish officials, generally no longer appointed; no Irish peers have been created since 1898, and they have no part in the present governance of the United Kingdom. Scottish Peerage law is generally similar to English law, but differs in innumerable points of detail, often being more similar to medieval practice.” (Hereditary Peer) 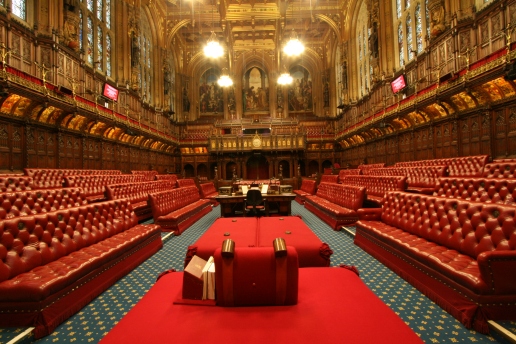 Constitution Committee reports on status of the Leader of the …
http://www.parliament.uk

A title may be created by a writ of summons, which means that a person is summoned to Parliament. “A writ of summons is a document calling Members of the Lords to Parliament. Members of the House of Lords may not take their seats until they have obtained their writ of summons. Writs of summons are issued by direction of the Lord Chancellor from the office of the Clerk of the Crown in Chancery. New writs are issued before the meeting of each Parliament to all Lords Spiritual and Temporal who have a right to seats in the House.” (Writ of Summons) Writs of summons set out the titles of the Sovereign and the recipient of the writ. They state the reason for Parliament’s calling upon the individual.

When the Earl of Berkley died, his oldest son applied for a writ of summons to the House of Lords. The Committee on Privilege turned the son down and said he and the other brothers born before 1795 were illegitimate and that the earldom had fallen to the 16 year old born 1796. The boy was too young to do anything about the matter and his oldest brother and mother ran things. When he came of age , he still never put forth a claim to the earldom . However, he was, by right and law, the earl so anything requiring the signature of the earl had to be signed by him. He signed responsibility over to his oldest brother but the title itself went dormant until he died. 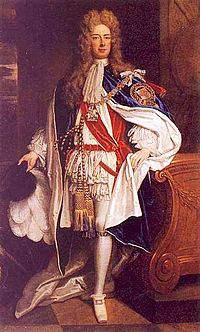 Titles may also be created by letters of patent. This method sets out a created peerage and names the person in question. It may limit the course of descent to the male line, with only legitimate children having a right to the title. (Scottish titles permit the “legitimacy” to be determined by a marriage, not simply a marriage at time of the birth.) Traditionally, only the peer sits in the House of Lords, but from the time of Edward IV, an heir to the title (who also held additional titles) could sit in the HOL as one of his father’s subsidiary dignities. This is possible through a writ of acceleration.

Letters Patent can be amended by Act of Parliament. If the title was Scottish, the line of descent could remain unspecified. In such a case, Parliament would determine the course of inheritance. Likely, the two most famous examples of amending Letters were the Dukedom of Marlborough in 1706, and the Duke of Windsor in 1936.

“A person who is a possible heir to a peerage is said to be “in remainder”. A title becomes extinct (an opposite to extant, alive) when all possible heirs (as provided by the letters patent) have died out, i.e., there is nobody in remainder at the death of the holder. A title becomes dormant if nobody has claimed the title, or if no claim has been satisfactorily proven. A title goes into abeyance if there is more than one person equally entitled to be the holder.

“In the past, peerages were sometimes forfeit or attainted under Acts of Parliament, most often as the result of treason on the part of the holder. The blood of an attainted peer was considered “corrupted”, consequently his or her descendants could not inherit the title. If all descendants of the attainted peer were to die out, however, then an heir from another branch of the family not affected by the attainder could take the title. The Forfeiture Act 1870 abolished corruption of blood; instead of losing the peerage, a peer convicted of treason would be disqualified from sitting in Parliament for the period of imprisonment.

“The Titles Deprivation Act 1917 permitted the Crown to suspend peerages if their holders had fought against the United Kingdom during the First World War. Guilt was to be determined by a committee of the Privy Council; either House of Parliament could reject the committee’s report within 40 days of its presentation. In 1919, King George V issued an Order in Council suspending the Dukedom of Albany (together with its subsidiary peerages, the Earldom of Clarence and the Barony of Arklow), the Dukedom of Cumberland and Teviotdale (along with the Earldom of Armagh) and the Viscountcy of Taaffe (along with the Barony of Ballymote). Under the Titles Deprivation Act, the successors to the peerages may petition the Crown for a reinstatement of the titles; so far, none of them has chosen to do so (the Taaffe and Ballymote peerages would have become extinct in 1967).

“Nothing prevents a British peerage from being held by a foreign citizen (although such peers cannot sit in the House of Lords). Several descendants of George III were British peers and German subjects; the Lords Fairfax of Cameron were American citizens for several generations.

“A peer may also disclaim a hereditary peerage under the Peerage Act 1963. To do so, the peer must deliver an instrument of disclaimer to the Lord Chancellor within 12 months of succeeding to the peerage, or, if under the age of 21 at the time of succession, within 12 months of becoming 21 years old. If, at the time of succession, the peer is a member of the House of Commons, then the instrument must be delivered within one month of succession; meanwhile, the peer may not sit or vote in the House of Commons. Prior to the House of Lords Act 1999, a hereditary peer could not disclaim a peerage after having applied for a writ of summons to Parliament; now, however, hereditary peers do not have the automatic right to a writ of summons to the House. Irish peerages may not be disclaimed. A peer who disclaims the peerage loses all titles, rights and privileges associated with the peerage; his wife or her husband is similarly affected. No further hereditary peerages may be conferred upon the person, but life peerages may be. The peerage remains without a holder until the death of the peer making the disclaimer, when it descends normally.” (Hereditary Peers)

So what can a person do if he does not wish to accept the title? He could simply refuse to take up the title or touch the money. Technically he would still be the title’s holder, but to have the full title and honors he must be confirmed before Parliament, and all the legal rigmarole has to be done to ensure he is the correct heir. He can simply not claim the title and not style himself by the title (meaning calling himself by the title, i.e., Manchester, Brandon, Northumberland, etc.), but it remains in place and at his disposal. The person does not need to send in the writ of summons to the House of Lords, and he can refuse to use the title, but someone must care for the property, and no one else may claim the title while the heir remains alive. He can also do something drastic, such as commit treason, in which case he and his family would be stripped of the title, but no one would recommend such a step. It would be easier simply not to claim the title. 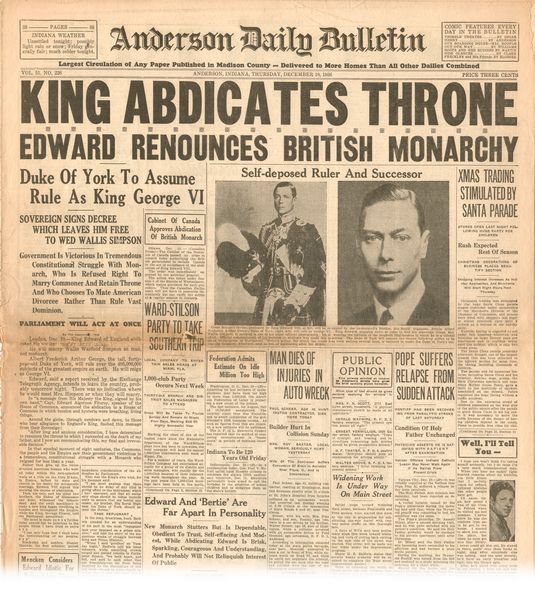 The Duke of Windsor’s (Edward VIII) abdication was a very complicated legal process, and one Parliament allowed and had to handle legally due to the duke’s marrying a divorced woman, which actually made him unfit to be head of the Church of England, which is a job the King of England must claim, and there are laws about the monarch’s marriages. This situation carried itself forward to the present with Prince Charles marrying Camilla, another situation sorted out legally before Parliament.

Like it or not, the heir can not be disinherited to prevent his assuming the title. If there is a living person and the lawful successor to a title, he cannot be displaced unless convicted of a crime. During the Regency there was no way to disclaim a peerage except by not using it and not sending in a request for a seat in the House of Lords.