Posted on September 29, 2016 by reginajeffers

Most people today think of the three gifts of gold, frankincense, and myrrh as being the original “Christmas presents.” However, we must recall that during the Roman ritual, known as Saturnalia, gifts were exchanged. The pagan rituals demanded that “generosity would be rewarded with good fortune in the coming year.” During the early stages of Christianity, most Christian converts still celebrated their old Roman holidays. When Christmas became an official date on the calendar (approximately the 4th Century A.D.), it was natural to carry over the tradition of giving presents, especially as “Christmas” and “Saturnalia” were celebrated at about the same time of the year. However, that being said, gift giving and the Christmas spirit were not always compatible.

Gift giving on New Year’s Day was a common practice during the Roman rule. This tradition began in the Dark Ages and continued in Britain through Queen Victoria’s reign.

To this gifting tradition, we might add the legend of St. Nicholas, the bishop of Myra (beginning in the 4th Century). The St. Nicholas legend says the the priest bestowed gifts upon the poor throughout Asia Minor. The images of “Santa Claus” and of “Christmas stockings” can be traced to St. Nicholas’s life’s work. The anniversary of St. Nicholas’s death (December 6) was often marked during the Middle Ages with the bestowing of gifts on children.

Unfortunately, not all who knew of St. Nicholas kept his teaching sacred. Some European rulers demanded gifts of their subjects rather than to spread their wealth around. In the 10th Century, King Wenceslas (a Bohemian duke) began the practice of gift giving in the nature of St. Nicholas. He distributed firewood, food, and clothing to his subjects. 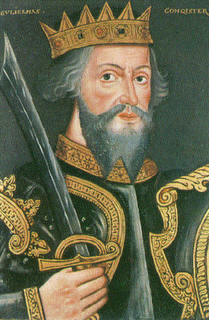 On December 25, 1067, William the Conqueror donated a large sum of money to the Pope. This act planted the seed for change in Eastern Europe and later England and America. In Germany, many chose to give gifts to friends and neighbors anonymously. The Dutch did something similar, but they made it into a “treasure hunt” with written clues to where the gifts were located. The Danes were the first to wrap presents. They would put a small box into a larger one and then another one, etc., etc.

England at this time was under Puritan rule, and gift giving and all things Christmas were banned. The Puritans thought God did not want Jesus’s birthday to be a time of giving to others. Christmas was a day of solemn reflection. That being said, the upper class still gave gifts at New Year’s (a leftover tradition from Roman times). Some families also presented gifts to children on January 6 (old calendar January 17), which is “Twelfth Night” – a symbol of the day when the wise men gave gifts to the baby Jesus, twelve days after the Christ child’s birth.

Clement Moore’s poem “The Night Before Christmas” was an 1820s sensation, and the idea of Christmas gifts became more accepted. Charles Dickens’s A Christmas Carol emphasized the idea of gift giving, especially giving to the needy. Merchants took the idea to the next level. After the American Civil War, America was the center of “gift giving.” In the 1880s, Christmas gifts became commonplace in England, and by the early 1900s, Christmas had replaced the New Year’s tradition for gifts.

What if Mr. Darcy purchased a gift for Elizabeth Bennet to acknowledge the festive days even though he knows he will never present it to her? What if the gift is posted to the lady by his servants and without his knowledge? What if the enclosed card was meant for another and is more suggestive than a gentleman should share with an unmarried lady? Join Darcy and Elizabeth, for a holiday romp, loaded with delightful twists and turns no one expects, but one in which our favorite couple take a very different path in thwarting George Wickham and Lydia Bennet’s elopement. Can a simple book of poetry be Darcy’s means to win Elizabeth’s love? When we care more for another than ourselves, the seeds of love have an opportunity to blossom.

Jeffers takes a familiar story and reinvigorates it with humor, warmth, and wisdom. – Roses and Lilacs Reviews

In Mr. Darcy’s Present, our favorite hero, is not so pleased with the demand of presenting presents to those he loves. It is not as if he is of the nature of Ebenezer Scrooge, rather he prefers to share his admiration with small gifts throughout the year.

“What have we here,” Bingley said as he eyed the array of items.

A bold grin claimed Darcy’s lips. “Despite my accident and his service to my person, Sheffield was kind in retrieving the items I previously selected to delight both the Fitzwilliam and Darcy sides of the family tree upon Christmas Day. Come tell me what you think.” He joined his friend before the table. “I would prefer to view many up close, but as this contraption that Harvon has upon my wrist makes me truly all thumbs, I have chosen to admire the more delicate pieces from afar.”

Bingley chuckled and with a dramatic bow said, “I am your squire, sir. Kindly bid me whatever you will.”

Darcy laughed easily in return. “As reason has gone the way of farthingales as to the relevance of Christmas, mayhap you might set the music box to playing. The tune is to be ‘The Holy and the Ivy,’ and I would hear the tone before presenting it to my cousin, Miss De Bourgh.”

Bingley’s eyebrow rose in curiosity as he reached for the item. “Customarily, you present Miss De Bourgh something less personal. Have you changed your mind regarding the lady’s suitability?”

Darcy reluctantly admitted, “Many men do not marry until thirty or beyond for they must first earn their fortunes, but that is not a consideration for me. I have been thinking of marriage often since my sister left the schoolroom. Miss Darcy will require a proper sponsor for her Come Out, and I will require an heir for Pemberley.”

Uncharacteristically, Bingley gazed upon him as if Darcy had escaped Bedlam. “I do not wish to offer an offense, but how might Miss De Bourgh prove an asset for either of those aspirations. By your own accounting, because of her poor health, your cousin has never known Society. Moreover the lady’s poor constitution could affect the possibility of a healthy heir. You cannot be serious in this notion, Darcy. I can think of a dozen women more suitable as the Mistress of Pemberley than Miss De Bourgh.”

“Such as Miss Bingley?” Darcy accused with more irritation than he intended. Even though he recognized Caroline Bingley could be considered a proper candidate to be his wife, her recent manipulations to separate her brother from Miss Bennet had soured Darcy’s opinion of her.

Bingley blanched white. “I am aware of Caroline’s aspirations, and I would celebrate having permission to call you ‘brother,’ but I have never encouraged my sister’s hopes of marrying you any more than you have encouraged her hopes of my choosing Miss Darcy.”

As it rushed forward to claim his conscious thoughts, Darcy pushed away the image of his and Bingley’s claiming family by marrying the Bennet sisters. “I apologize, Bingley. I am still from sorts with my injuries and the after consequences of the laudanum. You are correct regarding Miss De Bourgh’s health, but I am of the persuasion that if Anne were removed from Lady Catherine’s oversight, my cousin would blossom. Moreover, an endogamous marriage would strengthen the Fitzwilliam bloodlines.”

“And what of George Darcy’s bloodlines?” Bingley asked in serious tones. “You owe an allegiance to the Darcys also. It is the name your children will carry.”

“In the end, I must act in a manner that serves my estate best,” Darcy said simply, and Bingley, thankfully, permitted the subject to slip away.

Instead, his friend suggested, “Mayhap I could address the cards for each presentation if you would share your sentiments and later the directions. We could use a calling card so there would be no need for your signature.”

“I appreciate the offer,” Darcy said in grateful tones. He was also obliged to leave behind the prospect that he must choose someone other than Elizabeth Bennet as his life match. Such was not a welcomed thought.

Bingley laughed lightly as he retrieved a quill and ink from where they rested on Darcy’s desk. “You do recall my careless style of writing is quite different from your excellent penmanship?”

“I promise to keep my words to three syllables or less,” Darcy teased. As it was with him every minute since he left her in Hertfordshire, the conversation was another reminder of Elizabeth Bennet’s time at Netherfield and how she had supported Bingley’s defense of his friend’s nonsensical correspondence. Sometimes Darcy wondered if he would ever spend another day without her memory demanding his attention. Another day without her essence invading his heart. Keeping those thoughts private, he instinctively repeated part of what transpired that night at Netherfield, but he added a light-hearted tone. “Know I will not tolerate pride in your defects in writing,” he said with a wry twist of his lips. “No professions of such defects proceeding from a rapidity of thought and a carelessness of execution. Such will not impress me.”

Bingley placed a fist over his heart and playfully said, “I promise.” He placed a straight-back chair closer to the table. “Where do we begin?”

As part of today’s post, I have two eBook copies of Mr. Darcy’s Present for those who comment below. The giveaway will end at midnight on Saturday, October 1.

14 Responses to Holiday Gift Giving and the Release of Mr. Darcy’s Present + Giveaway