Posted on February 3, 2016 by reginajeffers

This post is designed to have a look back at events that marked our world in popular culture and in literature. This one is on “ The Day the Music Died.” Do you recall the event that killed Buddy Holly, Ritchie Valens, and the Big Bopper? If so, sound off below.

A group of men view of the wreckage of a Beechcraft Bonanza airplane in a snowy field outside of Clear Lake, Iowa, early February 1959. The crash, on February 3, claimed the lives of American rock and roll musicians Buddy Holly, Ritchie Valens, and J. P. ‘The Big Bopper’ Richardson. (Photo by Hulton Archive/Getty Images)

The three stars had been part of the Winter Dance Party Tour, which was to play 24 cities in 24 days throughout the Midwest. Holly was the premiere attraction on the tour for he had previously garnered two appearances on the Ed Sullivan Show. Unfortunately, the bus transporting the musicians had heating problems, and many in the groups took ill with the flu. It was so bad that Holly’s drummer Carl Bunch was hospitalized with frostbite.

The night of the Clear Lake show found the Surf Ballroom packed with 1500 teens, most accompanied by their parents. Frankie Sardo opened the show with his hit “Take Out.” 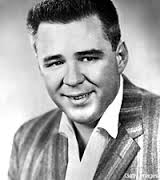 The Big Bopper was next on the program. Richardson wore a leopard jacket and carried a toy telephone. When he said, “Hellloooo baaaaaaby, this is the Big Bopper speakin’” the audience came to their feet. He continued with several mashups, including “The Big Bopper Wedding,” “Little Red Riding Hood,” and “The Purple People Eater Meets the Witch Doctor,” which was the novelty song on the flip side of his hit “Chantilly Lace.” (Memories, February/March 1989)

Valens was up next. He wowed the crowd with “La Bamba,” “Donna,” and “Come On, Let’s Go.” After the intermission, Dion and the Belmonts took the stage. With Bunch’s illness, Buddy had agreed to play drums for Dion, but he set up the drum set in the shadows of the stage’s lighting so as not to distract from the Belmonts’ performance.

When Holly took the stage, he gave the performance of his life, beginning with Billy Grammer’s “Gotta Travel On,” which was followed “That’ll Be the Day,” “Maybe Baby,” “Well…All Right.” He had obvious fun with “Bo Diddley” and with “Peggy Sue.” He finished with “Brown-Eyed Handsome Man,” which was performed twice–once alone and then with the whole touring troupe.

The conditions had driven Holly to charter a plane from nearby Mason City to Fargo, North Dakota, which was across the state line from Moorhead, Minnesota, the site of their next performance. The plane departed at 12:55 A.M., but it covered only a few miles before crashing, killing all four men instantly, in a snowstorm with high winds.

The plane had only enough room for Holly and his band and the pilot, Roger Peterson. Waylon Jennings, who became a legend in country music and who was Holly’s bass player at the time, relinquished his seat to J. P. Richardson, who was ill with a high fever. “According to Jennings’ autobiography, Holly teased his bass player by saying, ‘Well, I hope your ol’ bus freezes up.’ To which Jennings responded, ‘Well, I hope your ol’ plane crashes.’” (Ultimate Classic Rock)

“There are conflicting stories as to how Valens wound up in the third seat. Tommy Allsup, Holly’s guitarist, claimed that he lost a coin flip to Valens in the dressing room. In 2010, Dion Mimucci [the former lead singer of the popular 50s group Dion and the Belmonts], who had been silent about that night for 51 years, claimed that he, not Allsup, was slated for the third seat because he was one of the headliners. But after winning the coin toss, he balked at paying $36 for the flight–the amount his parents paid in monthly rent for the apartment where he grew up–and gave Valens the seat. Local DJ Bob Hale, who ws the MC for the concert, agrees that it was between Allsup and Valens, but that he, not Allsup, flipped the coin.” (Ultimate Classic Rock)

Most experts believe Peterson’s lack of experience in the storm conditions and the plane’s instrument panel contributed to the crash. Holly’s wife of only six months had a miscarriage when she heard the news.

“In March 1980, a long-missing piece of the plane crash was discovered. Holly’s signature black-rimmed glasses had landed in a snow bank and were discovered in the spring of 1959 [buried in the snow]. They were brought to the Cerro Gordo County Sheriff’s office, sealed in a manila envelope and forgotten about for 21 years. Upon discovery, the glasses were returned to his widow [Maria Elena Santiago] and are currently on permanent display at the Buddy Holly Center in his hometown of Lubbock, Texas.” (Ultimate Classic Rock)

(See “The Day the Music Died: Crash Site Photo Archive” for more images of the crash. )

Regina Jeffers is the award-winning author of Austenesque, Regency and historical romantic suspense.
View all posts by reginajeffers →
This entry was posted in American History, Do You Remember?, real life tales and tagged Buddy Holly, Do You Remember When, J. P. Richardson, Richie Valens, Roger Peterson, the Big Bopper, the Day the Music Died, Ultimate Classic Rock. Bookmark the permalink.
Loading Comments...
Comment
×
<span>%d</span> bloggers like this: