Primogenture and the 19th Century Entail 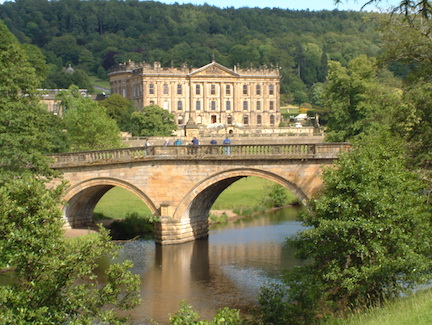 As it had been for centuries, a man’s status in 19th Century British Society rested in the land he held. Land was a symbol of wealth and social rank. Therefore, the need to pass one’s “wealth” to future generations increased with the amount of land owned. Land was “influence,” as well as affluence. To ensure one’s descendants received what had been incurred, a system known as primogeniture was put in place. Primogeniture meant that all the land in each generation’s possession was left to the eldest son in the family rather than being divided equally among off the offspring. Secondly, an entail assured that said “eldest son” could not mortgage or divide or sell said inheritance. It was to be held for his eldest son, etc., etc., etc.

Primogenture developed during Norman times. The concept was by leaving the land to the eldest son, the estate would remain intact for future generations. It would also be economically capable of supporting a military force, which could assist the king. By the 19th Century, the King/Queen had other means to field a military presence, and social status became the basis of the practice. Customarily, primogenture was part of a gentleman’s will or deeds of settlement. This practice remained intact until 1925, when it was changed by law.

The entail prevented a wastrel from selling off the family estate to pay his debts. Do you recall Sir Walter Eliot in Jane Austen’s Persuasion. “There was only a small part of his estate that Sir Walter could dispose of; but had every acre been alienable, it would have made no difference. He had condescended to mortgage as far as he had the power, but he would never condescend to sell. No; he would never disgrace his name so far. The Kellynch estate should be transmitted whole and entire, as he had received it.” An entail was defined by a deed of settlement (or) a strict settlement. The heir normally received the land for his use ONLY in his lifetime. His rights ceased to exist upon his death.

Originally, many attempted to entail their properties until the end of the world, so to speak. However, the law would not permit “infinity” to stand. In practice, an entailed property only remained so until the grandson of the land owner making the settlement became of age at 21 years. Then, the heir could sell or give away the property. So, theoretically, the entail only held the land through the first and second generation of land owners. However, a little coercion often secured the land for future generations.

Most land owners (and their sons) held no other financial employment. If the property owner’s son wished to keep his “allowance,” he agreed to sign a new deed of settlement, which would assure the property remained in the family for another two generations, etc., etc. However, what if no males were born to inherit? A family line could end if a female remained single or even if she married. Single females had no children to inherit, and through married females, the property passed to someone outside the family.

Such a “disaster” was part of the plot of Jane Austen’s Pride and Prejudice.

“‘Oh! my dear,’ cried his wife, ‘I cannot bear to hear that mentioned. Pray do not talk of that odious man. I do think it is the hardest thing in the world that your estate should be entailed away from your own children; and I am sure if I had been you, I should have tried long ago to do something or other about it.’ Jane and Elizabeth attempted to explain to her the nature of an entail. They had often attempted it before, but it was a subject on which Mrs. Bennet was beyond the reach of reason; and she continued to rail bitterly against the cruelty of settling an estate away from a family of five daughters, in favour of a man whom nobody cared anything about.” 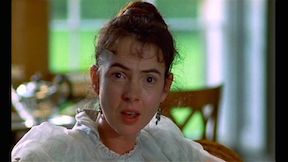 The females, however, often found another means of “retaining” the property. Propriety permitted cousins to marry. A girl could remain in her childhood home when no males were available to inherit by marrying the “heir presumptive.” It was Elizabeth Eliot’s hope in Austen’s Persuasion to marry William Walter Eliot, Esq., her father’s heir. “She had, while a very young girl, as soon as she had known him to be, in the event of her having no brother, the future baronet, meant to marry him.”

And Mrs. Bennet wishes Elizabeth to marry the odious Mr. Collins in order to save Longbourn. In his proposal, Mr. Collins explains why he assumes one of the Bennet sisters would accept him.

“Thus much for my general intention in favour of matrimony; it remains to be told why my views were directed to Longbourn instead of my own neighbourhood, where I assure you there are many amiable young women. But the fact is, that being, as I am, to inherit this estate after the death of your honoured father (who, however, may live many years longer), I could not satisfy myself without resolving to chuse a wife from among his daughters, that the loss to them might be as little as possible, when the melancholy event takes place—which, however, as I have already said, may not be for several years. This has been my motive, my fair cousin, and I flatter myself it will not sink me in your esteem. ”

Primogenture also created the concept of second and third sons searching for an heiress to marry so they might establish their own properties. It also sent marriage mad mothers into fits. There were only a limited number of eldest sons for daughters to land. Colonel Fitzwilliam in Pride and Prejudice says “Younger sons cannot marry where they like.” The real irony of this madness was the eldest son also inherited the debt from the previous generation. Even being the heir was not an path to “easy street.”

2 Responses to Primogenture and the 19th Century Entail