Heroes Require GMC Too! by Jacki Delecki + a Giveaway of “A Code of Love”

Posted on February 16, 2015 by reginajeffers

I am so pleased to welcome back to my blog, the incomparable Jacki Delecki with a new book in her “Code” series. Jacki has a giveaway also; so comment below to be entered in the giveaway. 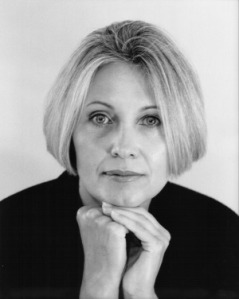 I don’t like to make generalizations but it seems like many historical novels focus on the goals, motivation and conflict (GMC) as it relates to the heroine. A marriage of convenience. A compromised reputation. The orphaned miss who seeks gainful employment. It’s important to remember that heroes need GMC too. As authors, we must create emotionally compelling internal and external conflict for both our heroines and heroes.

While working on research for my latest release, A CODE OF THE HEART, I came across some interesting facts about Robert Fulton, an American inventor and engineer who is credited with developing the steamboat. During the course of his life, he travelled around the world, collaborating with other inventors and scientists on naval vessels and weaponry. He designed the first working submarine while in France before switching alliances and moving to England, where he was commissioned to build weapons for the Royal Navy. One of Fulton’s “secret weapons” was the torpedo-catamaran, which the British Navy hoped to use to blow French ships out of the water. Like many inventions, the early model had some functionality issues, but I was intrigued by the concept of French-British espionage.

When I began developing my characters for the story, I started wondering what it would take to redeem a disreputable young rake. Perhaps protecting his country by preventing a secret weapon from falling into the wrong hands would work. So that is exactly the challenge I put in front of Lord Derrick Brinsley, as well as the not-so-small matter of proving his worth to the very proper society miss, Amelia Bonnington.

By using the information I discovered during my research, I was able to create strong GMC for my hero. As for Amelia Bonnington’s GMC, you’ll have to read the book.

Amelia Bonnington braced herself as the crowd bumped and pushed, straining to get close to His Highness. The crème of society shoved and elbowed, politely, of course, since one would never want to be accused of bad manners.

The Prince Regent stood on a small platform at the front of the ballroom, elaborately decorated for Christmas. Heavy bows of greenery and bells hung on red velvet throughout the room. Hundreds of beeswax candles burned. No expense had been spared for the house party celebrating His Royalty’s visit.

Amelia had no desire to be part of the Prince’s retinue, a ghastly group who were only interested in themselves and their own pleasure.

She sucked in the little air left in the room and pushed, politely, of course, toward the door. The crowd and the heat were unbearable. She never swooned, but with the strong smell of perfume and the hot pressing bodies, she felt tonight might be her first. A maelstrom of sensations and emotions enveloped her. The last days of upheaval must have had a greater effect on her than she had wanted to believe.

Her whole world had been turned upside down and twisted sideways at this house party. In the last two days, her friends had been poisoned and kidnapped, and she had been ensnared in the French villain’s trap.

She needed to escape from this crowded room. She needed fresh air and open space. A gentleman used the chaos in crowded room to take liberties with her person. After spending years in congested ballrooms, she fully recognized the scoundrel’s ploy to press against her. His heavy eyelids didn’t conceal his roving eyes, focused down her décolletage. As his eyes remained fixated on her breasts, he grabbed her elbow pretending to help her when, in fact, he intended to pull her closer against his heavy, malodorous body.

A sick sensation started in her stomach and crawled to her throat. She pulled her arm away from his grasp, repulsive with sweat seeping through his gloves. “Sir, release me this instant.”

She was about to dig her heel into the supposed gentleman’s fat toe when suddenly a space opened around her and a smell of fresh air and lime soap surrounded her.

The perspiring man stared behind her. His slack mouth and the look of fear on his face were priceless.

She recognized Derrick Brinsley’s scent and heat—the impossible, difficult, yet appealing man. His deep, dark voice flitted down her skin like a caress. “Miss Amelia, may I escort you away from this crowd?”

Relief and something much more potent tingled along her skin. She turned quickly and found herself pressed against the broad chest of the man she had been forced to conspire with to save her friend.

“I’ve never thought I’d be happy to see you.” She refused to be like all the other women who’d be grateful to have his attention.

His lifted one eyebrow in a sardonic way that she always found irritating. He was too big, too handsome, and too confident that she’d find him irresistible. She’d never let him have the satisfaction that she did find him…almost irresistible.

A CODE OF THE HEART coming February 2015!

Miss Amelia Bonnington has been in love with her childhood hero since she was eleven years old… or so she thought until a not-so proper impassioned and unyielding kiss from the not-so honorable and equally disreputable Lord Derrick Brinsley, gave her reason to question the feelings of the heart.

Lord Brinsley, shunned from society for running off with his brother’s fiancée, hasn’t cared about or questioned his lack of acceptance until meeting the beguiling Amelia Bonnington. One passionate moment with the fiery Miss Bonnington has him more than willing to play by society’s rules to possess the breathtaking, red-haired woman.

Amelia unwittingly becomes embroiled in espionage when she stumbles upon a smuggling ring in the modiste shop of her good friend. To prove her French friend’s innocence, she dangerously jumps into the fray, jeopardizing more than her life.

On undercover assignment to prevent the French from stealing the Royal Navy’s deadly weapon, Derrick must fight to protect British secrets from falling into the hands of foreign agents, and the chance at love with the only woman capable of redeeming him.

Share your favorite historical trope for heroes in the comments below for a chance to win a digital copy of A CODE OF LOVE, Book 1 in the Code Breakers series!

Jacki’s love affair with the arts began at a young age and inspired her to train as a jazz singer and dancer. She has performed many acting roles with Seattle Opera Company and Pacific Northwest Ballet. Her travels to London and Paris ignited a deep-seated passion to write the Regency Code Breaker Series. Jacki is certain she spent at least one lifetime dancing in the Moulin Rouge.

Jacki has set her Grayce Walters Mystery Series in Seattle, her long-time home. The city’s unique and colorful locations are a backdrop for her thrilling romantic suspense. Although writing now fills much of her day, she continues to volunteer for Seattle’s Ballet and Opera Companies and leads children’s tours of Pike Street Market. Her volunteer work with Seattle’s homeless shelters influenced one of her main characters in An Inner Fire and Women Under Fire.

Jacki’s two Golden Labs, Gus and Talley, were her constant companions. Their years of devotion and intuition inspired her to write dogs as main characters alongside her strong heroines. A geek at heart, Jacki loves superhero movies—a hero’s battle against insurmountable odds. But her heroines don’t have to wear a unitard to fight injustice and battle for the underdog.

Look for more heart-pounding adventure, intrigue, and romance in Jacki’s Code Breakers Series. A Code of Love is the first book in the series. A Christmas Code—A Regency Novella, is now available at all retail sites. A Code of the Heart was released on Valentine’s Day 2015.

To learn more about Jacki and her books and to be the first to hear about contests and giveaways join her newsletter found on her website: www.jackidelecki.com. Follow her on Facebook—Jacki Delecki; Twitter @jackidelecki.

5 Responses to Heroes Require GMC Too! by Jacki Delecki + a Giveaway of “A Code of Love”