Are You Smarter Than a Sixty Year Old? A Fun Quiz…

Posted on November 26, 2014 by reginajeffers

I was listening recently to Emmy Rossum from Showtimes’s “Shameless.” She was talking about being older than the other members of the cast. Rossum is 28 and the next oldest “sibling” in the show’s dysfunctional family is 15. Rossum remarked how the young ones on set have never heard a dial tone. They know nothing of rewinding a movie to watch it again. Heaven forbid they would recognize an eight track. With that in mind, I thought we could do something fun before the work of Thanksgiving dinners, endless football games, and Black Friday shopping consume all our energies, as well as our brain cells. Try this test of your knowledge of pop culture.

Are You Smarter Than a 60 Year Old?
DON’T LOOK BELOW FOR THE ANSWERS UNTIL YOU HAVE TRIED TO ANSWER THE QUESTIONS! IF YOU ARE NOT ASHAMED TO SHARE, TELL ME HOW MANY YOU GOT RIGHT IN THE COMMENT SECTION.

A TEST FOR OLD KIDS
This is designed for those who might actually remember a bit history, simply because they lived through it or their parents have spoken of these events often enough that they have second-hand knowledge of the events. Have some fun my sharp-witted friends. This is a test for us ‘old kids’! The answers are printed below, but don’t cheat.

01. After the Lone Ranger saved the day and rode off into the sunset, the grateful citizens would ask, Who was that masked man? Invariably, someone would answer, I don’t know, but he left this behind. What did he leave behind?________________. 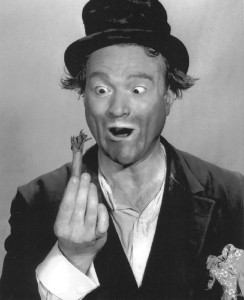 ANSWERS :
01..The Lone Ranger left behind a silver bullet.
02.The Ed Sullivan Show
03.On Route 66
04.To protect the innocent.
05.The Lion Sleeps Tonight
06.The limbo
07.Chocolate
08.Louis Armstrong
09.The Timex watch
10.Freddy, The Freeloader and ‘Good Night and God Bless.’
11.Draft cards (Bras were also burned. Not flags, as some have guessed)
12.Beetle or Bug
13.Buddy Holly
14.Sputnik
15.Hoola-hoop

Regina Jeffers is the award-winning author of Austenesque, Regency and contemporary novels.
View all posts by reginajeffers →
This entry was posted in Do You Remember?, holidays and tagged fun quiz, the 1950s, the 1960s. Bookmark the permalink.

7 Responses to Are You Smarter Than a Sixty Year Old? A Fun Quiz…