All Hallow’s Eve During the Regency

For this piece, I pulled together bits of information on All Hallow’s Eve from a variety of sources, all of which are cited within the post. I hope you enjoy learning of some of Halloween’s traditions.

All Hallow’s Eve (Halloween or Hallowe’en) comes to us via the Celtic festival of Samhain (pronounced sów-en, and meaning “end of summer”), which was a Druid “bonfire” festival. November 1 is half way between the autumn and the winter solstices, and it was believe to be the start of a new year during these times. Harvests were in and winter approached. The belief was that spirits could slip through the crack between the end of one year and the beginning of the next. As October 31 was the eve of the “new year,” with spirits about – good or bad – the day began to take on a superstitious overtone. Priests and villagers often staged ceremonies where they “led” the spirits back to their resting place, a walk often ending in the community grave yard. Far from being a burning Hell, the Celtic “underworld” was a place of light and feasting, much more akin to the Christian ideal of Heaven.

A bonfire was traditionally set by the local priests, who offered up blessings. Villagers would permit the fire in their hearth to burn out, and, then, they would relit the hearth fire with a flame from the community one, symbolizing their unity. People would also light “neeps,” lanterns made from beets, turnips, mangelwurzel, and rutabagas, to welcome home good spirits and drive away bad ones. (Remember: Pumpkins were not brought to England until the 1600s.) Pranks and mischief were also common on All Hallow’s Eve.

The Jane Austen Centre tells us, “When the Romans conquered Britain in AD 43 they drove the Celts to Scotland and Ireland, building Hadrian’s Wall across Britannia in order to protect their settlements from raiders, officially dividing the two countries. Though they brought with them their own polytheistic religion, they were not above incorporating the holidays already in place in the land, adding a celebration to their goddess of fruit trees, Pomona, to the revelries, forever linking apples and feasting to Halloween.

“The result of the Roman invasion and subsequent adoption of the Julian Calendar, which moved New Year’s Day to January 1st, was that for some, the entire period between October 31st (the Old New Year) and January 1st became a time when Ghosts were free to wander the earth and meddle in the affairs of mortals. It was with this in mind that, in 1843, Charles Dickens wrote A Christmas Carol as a ghost story. A vivid picture of this kind of nocturnal wandering can be found in Ebenezer Scrooge’s first meeting Marley’s Ghost. ‘The air was filled with phantoms, wandering hither and thither in restless haste, and moaning as they went. Every one of them wore chains like Marley’s Ghost; some few (they might be guilty governments) were linked together; none were free. Many had been personally known to Scrooge in their lives. He had been quite familiar with one old ghost, in a white waistcoat, with a monstrous iron safe attached to its ankle, who cried piteously at being unable to assist a wretched woman with an infant, whom it saw below, upon a door-step. The misery with them all was, clearly, that they sought to interfere, for good, in human matters, and had lost the power for ever.’

“Such was the power of tradition begun by the Druids. With the spread of Christianity in the 7th-10th centuries came the desire by the church to wipe out pagan rituals and holidays and replace them with festivals of Christian significance. Accordingly, Pope Gregory III (731–741) moved All Saints Day (originally celebrated on the first Sunday after Pentecost, signaling the official end of Easter) from May to November 1, followed by All Souls Day on November 2. All Saints Day, which involves a vigil kept the night before (October 31) was set aside to commemorate all saints too numerous to be given their own feast day. With the far reaching influence of the Catholic church, the day was soon celebrated across Europe and later the Americas.”

Regency Reader explains: “In England we celebrate all hallows eve or nutcrack night as this vigil is called by eating apples and cracking nuts; we disclaim and reject all worship of saints but as they never did us any harm if the apples are good and the nuts sound and we feel inclined to eat them we indulge our taste and kindly suffer the departed worthies to take whatever credit they may think redounds to them from the due performances of these ceremonies.” –The London Magazine, 1826

In an annotated version of Burn’s Halloween, Hamilton Paul (1819) describes Halloween as “thought to be a night when witches, devils, and other mischiefmaking beings, are all abroad on their baneful, midnight errands; particularly those a’e’rial people-, the Fairies, are said on that night to hold a grand anniversary”

So, what parts of this ancient tradition were still popular during the Regency era? In truth, not many, as Guy Fawkes’s Day proved more popular. However, fortune-telling would be a sensible choice for a Regency author, particularly, if the story is set in Ireland or Scotland. Having the cards reveal a potential spouse would be an acceptable plot point. Regency Redingote tells us, “One of the most popular of these fortune-telling games was played in both Ireland and Scotland well into the twentieth century. In Ireland, the game was played with cabbages, and in Scotland with kale. Though there were many variations on these games, most required that the person seeking to know their fortune enter the field where the vegetable of choice grew, either backwards or blind-folded and select one of the plants without seeing it. Once the kale or cabbage was pulled from the soil, it was examined for telling details about the harvester’s future mate. A straight or crooked stalk indicated the future spouse’s character, while the taste of it, whether sweet or sour, would indicated that future spouse’s nature.

“Another popular fortune-telling ritual, especially in Scotland, was the burning of nuts. Again, there were several variations. A pair of lovers might each throw a nut into the fire, in which case, the future of their relationship was to be indicated by whether the two nuts burned together into ash side by side, or if one jumped away from the other. Or, a woman or a man with multiple potential mates might name a nut for each of them, throwing all the nuts into the fire at once. The nut which burned the brightest and the longest was considered to be a sign of the truest mate. The most commonly used nuts for these fortune-telling games were chestnuts, hazelnuts and walnuts. It was due to this fortune-telling ritual that Halloween was also known as ‘Nutcrack Night’ in some parts of Scotland and the far north of England.” [Also check out this site for information on other traditions, such as “bobbing for apples.”] 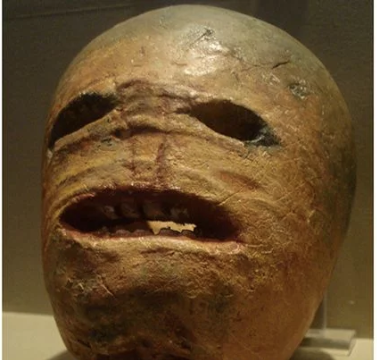 The Historical Hussies: Regency Halloween explains about “carving pumpkins.” “Carving jack o’ lanterns was another custom. Believing the “head” of a vegetable its most potent part, the Celts carved vegetables into heads with faces to scare away supernatural beings. By Regency times, these lighted vegetables were called jack o’ lanterns from the seventeenth century Irish legend of Shifty, or Stingy, Jack. Shifty Jack, so evil neither Heaven or Hell would take him, was doomed forever to wander the earth while carrying a lantern.”

Back to The Jane Austen Centre and Austen, in particular, we learn: “The Celts who populated Scotland and Ireland, however, were loathe to relinquish their old ways in favor of Christian feast days or lack there of. Instead, they incorporated these new rites into the old celebration. It is clear from Scottish poet Robert Burns’ 1786 work, Halloween, that by Georgian times, the holiday was still alive and well, with much of its superstitious symbolism intact. The poem describes the tricks (such as eating an apple in front of a mirror in hopes of seeing your beloved) and treats (Flummery and Barmbrack) of the season to which most Scots or Irishmen would have been familiar.

‘The extended Regency was an era fascinated by the mysterious and horrible. Frightening gothic romances, such as The Mysteries of Udolpho, were being written and were read by all. Some of the more familiar icons of modern Halloween such as Frankenstein (1816) and The Headless Horseman (brought to life in The Legend of Sleepy Hollow, 1820) were created during this era.

“Jane Austen, an avid reader with a taste for novels was no doubt familiar many of these gothic masterpieces as well as with the work of Robert Burns. She would have been aware of these celebrations and divination rites; however, as the daughter of an Anglican clergyman, it is doubtful that she would have partaken in such goings on. Surely, growing up in a houseful of boys, she would have celebrated with a bonfire on Guy Fawkes night, but we nowhere find that she dabbled in any of the occultic practices of the more ancient holidays still celebrated by the local villages. She mentions neither of these holidays or her feelings towards them. The trappings of Halloween which we now so regularly employ would have been foreign to her, even if their roots lay deep in the English history, of which she was so fond.”

Halloween in the Regency