When Might the Heir Style Himself With His New Title in Regency Romances? 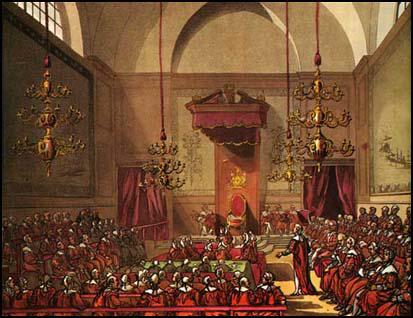 First, for legal purposes, the man must present himself to the House of Lords to claim the title officially. After the will has been read and its stipulations executed, the new peer must petition the Lord Chancellor for a writ of summon to the House of Lords to be seated in the current or in the next session of Parliament. The new peer will be expected to prove that his parents were legally married, and he is the legal son and heir produced by that marriage. He must prove he has reached his majority (twenty-one years or older) and a member of the Church of England. No matter, whether the man is the heir apparent or the heir presumptive, he must prove how he is related to the deceased and prove that his father and all others with a claim to the peerage who preceded him are deceased and were legitimate children of the marriage of their parents.

If the proofs are accepted the new peer is issued a writ of summons to appear before the House of Lords, where he participates in an elaborate ceremony before accepting his seat in the Lords. 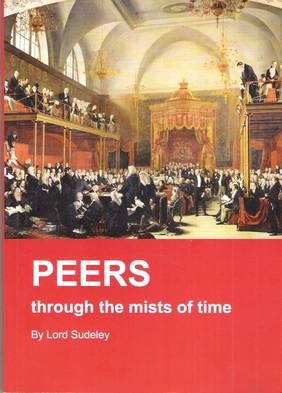 However, all this pomp and ceremony is not necessary before the man is styled (addressed as) by his new title. In reality, this “tradition” is a matter of how the man chooses to style himself until the title is officially conferred. In romance novels, it often can be used to address the person’s true character. If he possesses a solid claim to the peerage, and everyone knows it, he might well assume the title at once as a form of address. He could do so to secure another’s security or protect the peerage from an unscrupulous outside force. Naturally, he would not have access to any of the estate or funds or rights of the title until it is legally confirmed, but he can conduct business in the name of the peerage. If his claim is a bit shaky, he or others might want to avoid that until it is proven.

For more on the ceremony, fees, etc., check out Nancy Regency Researcher.

If he is a stickler for legal protocols, he might not assume it at once–but others might. And, naturally, one must keep in mind the author should avoid confusing the reader with references to both the title and his surname, which might seem like two different characters, so that becomes a bit tricky.

When a father dies, the transfer of power and title happens automatically.  The father’s will might require some wait for probate of some items, but usually the executor and a solicitor see to all of it.

Notice of the death of the previous peer is customarily sent to the College of Arms and the name of the new peer recorded by them. All is straightforward and usually goes without a hitch.

Sometimes the process is excessively easy. For example, when Lord Byron succeeded to his great uncle’s peerage at age 10, he did nothing, and all simply assumed he  was entitled to the peerage. He was not brought up in aristocratic circles so he became very angry when he was told that in order to take his seat in the House of Lords he had to prove he was the rightful successor. This meant he had to show his father’s relationship to the previous peer and that his father was born of a valid marriage and that he was born in a valid marriage and that his great uncle’s sons were dead and without issue. As one might expect that process involved fees. Fortunately Byron only had to show proof of a couple of generations Sometimes the proofs had proof must go back six generations. 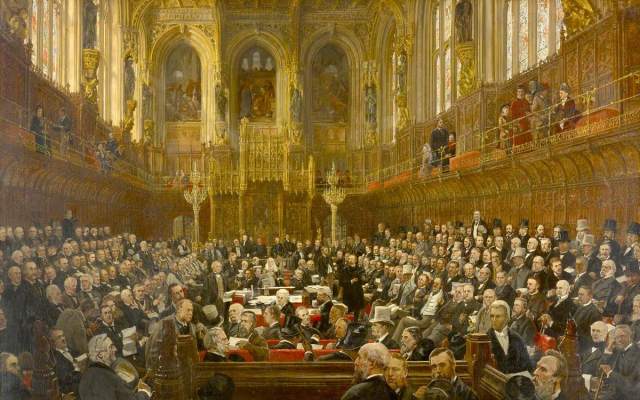 When the Frederick Berkeley, 5th Earl of Berkley died, his oldest son applied for a Writ of Summons to the House of Lords. Berkeley and Mary Cole (who also passed under the name of Tudor), the daughter of a local publican and butcher, had seven sons and five daughters, but the disputed date of their marriage prevented their elder sons from succeeding as Earl of Berkeley and Baron Berkeley. The pair asserted their marriage had taken place on 30 March 1785, but the earliest ceremony of which there is incontrovertible proof was a wedding in Lambeth Church, Surrey, on 16 May 1796, at which date Mary was pregnant with their seventh child. Berkeley settled Berkeley Castle upon their eldest son, William FitzHardinge Berkeley, but William’s attempt to assume his father’s honours were disallowed by the House of Lords, who considered him illegitimate.

Therefore, the Committee on Privilege turned down the eldest’s request, saying he and the other brothers born before 1795 were illegitimate, and the earldom had fallen to the 16-year-old born in 1796. Berkeley’s titles devolved as a matter of law upon his fifth but first legitimate son, Thomas Morton Fitzhardinge Berkeley (1796–1882), but were never used by him and he did not take his seat in the House of Lords. Per his father’s will, he would have lost his small inheritance had he disputed his eldest brother’s claim to the titles. The boy was too young, for he had not reached his majority, to do anything about the matter, and his oldest brother and mother ran things. When he came of age, he still never put forth a claim to the earldom. However, he was, by right and law, the earl, so anything requiring the signature of the earl had to be signed by him. He signed responsibility over to his oldest brother, but the title itself went dormant until he died. The title was dormant for most of the  century. The oldest son was created a peer by William IV who also created his own eldest son a peer.

The Skinny on Abdicating a Title During the Regency Era

What is the Difference Between a Peerage that is Dormant, Extinct or in Abeyance?