Life Below Stairs – The Footman

Posted on March 6, 2020 by reginajeffers

There are tales of footmen who experienced criticism and mild taunts when they went about their master’s business. Even so, the footman became a sort of symbol of the division in society. Reports abound of street urchins throwing mud on their uniforms and white stocking. Some even reported those who attempted to prick the footman’s legs to see if he were wearing “falsies” to make his legs appear to have more muscular curves. Footmen also knew some disparagement from upper servants in the house. 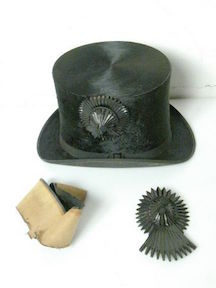 However, many managed to develop a certain resplendence while out and about on their master’s business. In full dress livery, they wore white gloves and a hat, often set at a jaunty slant. Later in the century, they wore a top hat with a colorful cockade. In some houses, they also had an indoor livery that could include a dress coat with brass buttons stamped with the lord’s crest (rather than a tailed coat), pumps (instead of buckled shoes), and a white tie. The daily powdering of the hair was not a pleasure. The process involved a stiff lather produced with plenty of soap and water. The hair was combed so that their grooved (evenly spaced) lines in it to which the powder or flour was applied. At night, the footman had to wash his hair and add oil to fee it from the clogging detritus.

Footmen were chosen for their height (and for their handsome countenance, especially in the service of a lady’s household). The preference was six feet or taller. For each inch over six feet, the man was generally paid extra. In most households, footmen were matched in height. In that manner, none stood out from the rest. They were trained to perform as one, and they prided themselves on their presentation at a door when escorting their mistress about Town.

Typically, three footmen were required for the better households. The first footman served as the mistress’s footman. He prepared her early morning and breakfast trays, walked her dogs, cleaned her shoes, brushed the mud from her riding habit and hems of her dresses, and cleaned/scrubbed the silver coins to disinfect them after tradesmen handled them. The first footman served the meals at the master’s house. He accompanied his lady when she dined at another’s home without her husband. He stood behind her chair to increase the appearance of rank and status. He was often charged with the duty of paying toll gates, hired carriages, and postage, expense reimbursed to him by the house steward. He was ironically called “James,” no matter his Christian name. 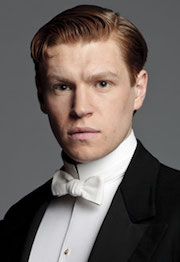 The second footman assisted in preparing the table for the midday meal, and along with the first footman served the meals. He would occasionally be assigned the duty of acting as valet to the eldest son of the lord. He regularly cleaned all the mirrors in the house. (Think of all the mirrors Sir Walter had at Kellynch Hall in Jane Austen’s “Persuasion.”) Meanwhile, the third footman was responsible for carrying in the coal, wood, etc. His duties varied greatly.

Footmen traveled with the family carriage, no matter the weather or the time of day. He also cleaned the plate, a task he often shared with the under butler. This was a tiresome duty. Cleaning the gold or silver plate involved first sponging off the grease before the moistened plate powder was rubbed in (by hand). The longer the powder was rubbed, the greater the shine. Afterward, the powder was brushed from the surface, with special care given to the crevices of crests and ornamental work. Think of polishing the area between the prongs of a fork. Yes, that was part of the process. 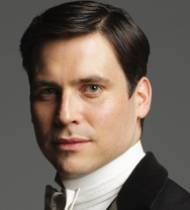 Footmen served a lengthy apprenticeship. Some used this training to apply for positions as valets or butler. (Were you thinking of Thomas Barrow in Downton Abbey?)

11 Responses to Life Below Stairs – The Footman