Celebrating the Birth of Jane Austen: 16 December 1775 – What I Learned from Jane Austen

Posted on December 16, 2019 by reginajeffers 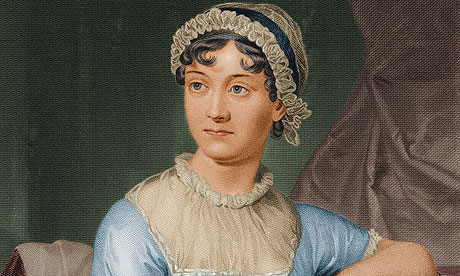 (This post was originally published on December 16, 2010. However, I could not permit Austen’s birthday to pass without notice.)

It is a truth universally acknowledged that Jane Austen remains an inspiration to throngs of readers more than two centuries after her birth. Yet, what keeps readers craving Austen’s unique twist on the world? Beyond her elegant prose, her biting wit, and her telling dialogue, Austen captures the truth of human behavior. She understands people. I often describe what she so masterly did with the stroke of a pen as “peeling an onion.” There are layers to Austen’s characters. She creates each one with consummate skill. Lord Brabourne said of Austen, “She describes men and women exactly as men and women really are.” And that dear friends is Austen’s secret. She creates believable characters because Austen was an astute observer of the human condition.

What have I learned from reading Jane Austen?
“If things are going untowardly one month, they are sure to mend the next.” (Mr. Weston in Emma)

“Nothing is more deceitful that the appearance of humility. It is often only carelessness of opinion, and sometimes an indirect boast.” (Mr. Darcy in Pride and Prejudice)

“Nothing can compare to the misery of being bound without Love, bound to one, & preferring another. That is a Punishment which you do not deserve.” (from a letter to her niece Fanny Knight)

“Those who do not complain are never pitied.” (Mrs. Bennet in Pride and Prejudice)

“One man’s ways may be as good as another’s, but we all like our own best.” (Admiral Croft in Persuasion)

“Seldom, very seldom, does complete truth belong to any human disclosure; seldom can it happen that something is not a little disguised, or a little mistaken.” (from Emma)

“My idea of good company is the company of clever, well-informed people who have a great deal of conversation; that is what I call good company.” (Anne Elliot in Persuasion)

“Vanity and pride are different things, though the words are often used synonymously. A person may be proud without being vain. Pride relates more to our opinion of ourselves; vanity to what we would have others think of us.” (Mary Bennet in Pride and Prejudice)

“Selfishness must always be forgiven you know because there is no hope of a cure.” (Mary Crawford in Mansfield Park)

“There is nothing like staying at home for real comfort.” (Mrs. Elton in Emma)

“The person, be it gentleman or lady, who has not pleasure in a good novel, must be intolerably stupid.” (Henry Tilney in Northanger Abbey)

“Friendship is certainly the finest balm for the pangs of disappointed love.” (from Northanger Abbey)

“I do not want people to be very agreeable, as it saves me the trouble of liking them a great deal.” (Austen in a letter to her sister Cassandra)

“How little of permanent happiness could belong to a couple who were only brought together because their passions were stronger than their virtue.” (from Pride and Prejudice)

“If a woman doubts as to whether she should accept a man or not, she certainly ought to refuse him. If she can hesitate as to ‘Yes,’ she ought to say ‘No’ directly. It is not a state to be safely entered into with doubtful feelings, with half a heart.” (Emma Woodhouse in Emma)

“There are certainly not so many men of large fortunes in the world, as there are pretty women to deserve them.” (from Mansfield Park)

“… the more I know of the world the more I am convinced that I shall never see a man whom I can really love. I require too much.” (Marianne Dashwood in Sense and Sensibility)

“It is not time or opportunity that is to determine intimacy; it is disposition alone. Seven years would be insufficient to make some people acquainted with each other, and seven days are more than enough for others.” (Marianne Dashwood in Sense and Sensibility)

Add your own quotes or comments below. I’d love to hear from you.

95 Responses to Celebrating the Birth of Jane Austen: 16 December 1775 – What I Learned from Jane Austen