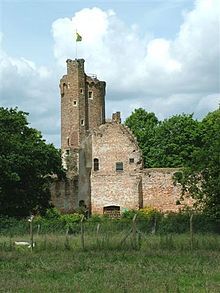 Caister Castle is a 15th-century moated castle situated in the parish of West Caister, some 5 kilometres (3 mi) north of the town of Great Yarmouth.

The Statute of Wills (32 Hen. 8, c. 1 – enacted in 1540) was an English Act of Parliament, which created a mechanism for landowners to name who would inherit their landed property. A written will was required. It permitted a land owner to leave two-thirds of his property to anyone as long as their was a written will and testament. Prior to the enactment of this statute, land could be passed by descent only if and when the landholder had competent living relatives who survived him, and it was subject to the rules of primogeniture. When a landholder died without any living relatives, his land would escheat (or revert) to the Crown. The statute was something of a political compromise between Henry VIII and English landowners, who were growing increasingly frustrated with primogeniture and royal control of land.

Ironically, the Statute of Wills was passed by Parliament only four years after the Statute of Uses banned the practice of splitting the title to land to avoid paying royal fee associated with the property. The state of law at the time pressed hardly on other classes than the owners of land. Unfortunately, the accepted conditions often defrauded creditors and intending purchasers of what was rightly theirs. The hereditary heir, unless bound by specialty, was free, according as his honour or his judgment dictated, to pay or to repudiate the debts which his ancestor had incurred; and it was not until the reign of Henry VIII that the heir to an entailed estate was rendered liable even to Crown debts, and then only to those secured by judgment. Until this Statute (and later the Wills Act), the personal estate of a deceased intestate was, if sufficient for the purpose, exclusively liable for the satisfaction for the purpose, exclusively liable for the satisfaction or his mortgage debts while the realty descended unincumbered to the heir-at-law. 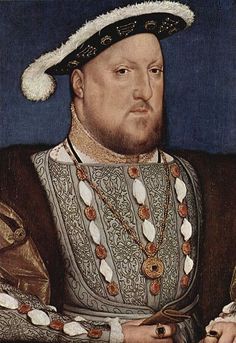 Purchasers of land in the period subsequent to de donis (De donis conditionalibus is the chapter of the English Statutes of Westminster (1285), which originated the law of entail.) were often cruelly wronged by the production of latent entails, which deprived them of land for which they had previously paid and for which they had “researched” the validity of the true owner. Francis Bacon’s Treatise on the Use of Land talks about how entailed estates were not liable to forfeiture, how personal offenses could not be addressed by the courts to the heir, how the Crown was prejudiced by the previous “laws,’ which greatly reduced its security for debts due from subjects whose property came under the Crown’s care, so “the King could not safely commit any office of account to such whose lands were entailed, nor other men trust them with loan of money.”

The Statute of Wills created a number of requirements for the form of a will. Specifically, most jurisdictions still require that a will must be in writing, signed by the testator (the person making the will) and witnessed by at least two other persons.

Some of the procedures created by the Statute of Wills remain effective in modern law. The statute required that wills be in writing, that they be signed by the person making the will, or testator, and that they be properly witnessed by other persons. If any of these requirements was not met, the will could not be enforced in court. These requirements exist today in state law and are intended to ensure that wills are not fabricated and that the testator’s intent is fulfilled.

In England and Wales, the Statute of Wills was repealed and superseded by the Wills Act of 1837.
Resources:
Law.Jrank
Paralegal.edu

Regina Jeffers is the award-winning author of Austenesque, Regency and historical romantic suspense.
View all posts by reginajeffers →
This entry was posted in Act of Parliament, Anglo-Normans, castles, Living in the UK, primogenture and tagged Act of Parliament, Henry VIII, legal use, primogeniture, Statute of Use, Statute of Wills. Bookmark the permalink.

3 Responses to Statute of Wills, Henry VIII’s Answer to Primogeniture