What is the Difference Between a Peerage That is “Dormant,” “Extinct” or in “Abeyance”? 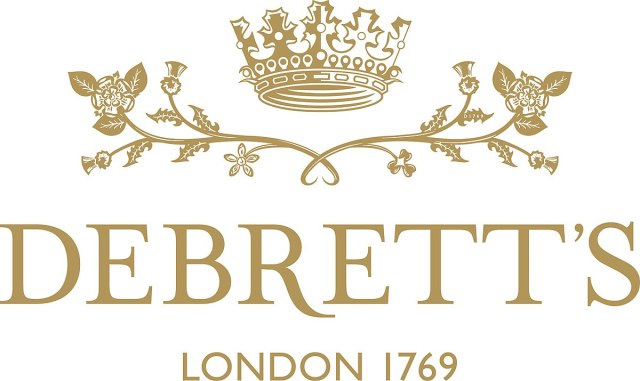 I was recently looking for names and titles to use for characters in a list of extinct  and abeyant peerages in an online copy of  Debrett’s from the mid 1800s. Some of the titles in abeyance had been in that state since the 13th Century. It got me thinking as to whether the readers of Regency romances know the difference between dormant, extinct, or in abeyance as a plot point. Does it matter to the average reader whether the history is accurate or not?

While most peerages were created by patent and become extinct when there are no longer any male heirs, some peerages were created when a man was called to the House of Lord by a writ of summons issued in  his peerage title. If the clerk made a mistake and wrote the wrong title then a new peerage was created. These peerages by writ could descend to both sons and daughters. However, while if a man had several sons the peerage went to the oldest, the practice was that sisters shared equally. If a holder of a barony had four daughters and no sons, they would all share equally in property, but none of them would actually hold the title. This would remain in abeyance until such time as one descendant survived and was willing and able to do a detailed  family tree accounting for all the sisters and their children for how many years or decades since the death of the last peer. If there were four daughters there would be fewer descendants than if there had been fifteen daughters. By the fifth generation the families probably forgot there was  ever a matter of a peerage title. 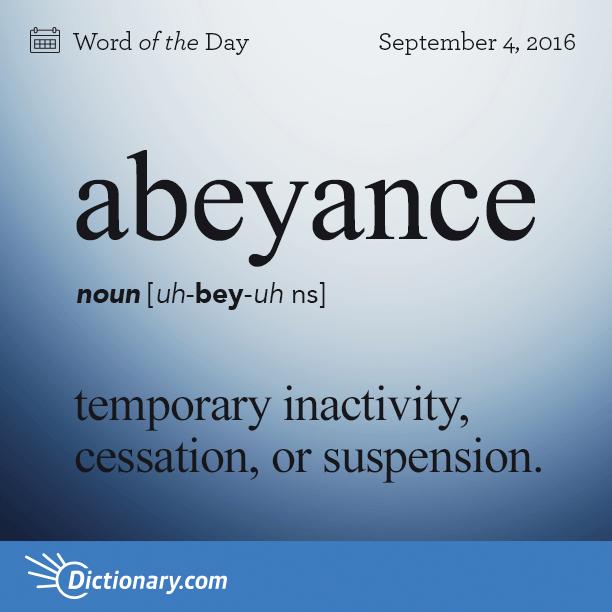 It was an arduous task to show all of the children of the last peer, when born, when died, when married to whom, with proofs from parish registers about marriages and baptisms, as well as records of deaths. The successful claimant need not be the only surviving descendent of the sisters, but the descendant of the oldest sister had a bit of precedence over the descendants of the younger sisters.

When peerages are in abeyance, the birth of a son to one of the sisters does not automatically make him the successor to all of the sisters.

Secondary peerages are dormant titles if there are no heirs to bear them or if the heir is not given a peerage title.

A title is also dormant when it is known or suspected that male heirs exist somewhere, but that they have not come forward to claim the title.

It is my understanding, for example, that the Avonmore peerage is dormant because one of the sons of the 3rd viscount went off to Australia, where he was known to have married and  had a child. However, no one ever came forward to claim the peerage, so it is dormant. If  it was known that there were no longer any male heirs left alive , the peerage will be considered extinct.

Frederick Berkeley, 5th Earl of Berkley was also the baron of Berkeley, He had married Mary Cole and had ten children, but 5 were declared illegitimate in 1811, after Frederick’s death in 1810. There was a question regarding the exact date of Frederick and Mary’s marriage. Although they both claimed it occurred on 30 March 1785, the incontrovertible proof offered at the time was the marriage occurred at Lambeth Church, Surrey, on 16 May 1796. Thus, the earldom was presented to their fifth child (the others being illegitimate), a son, age 16 years at the time: Thomas Morton Fitzhardinge Berkely. Because the young man was alive, but too frightened of, or loyal to, his oldest brother and his mother, he ever claimed the peerage and never took his seat in the House of Lords. It is said, per his father’s will, Thomas would have lost his small inheritance had he disputed his eldest brother’s claim to the titles. 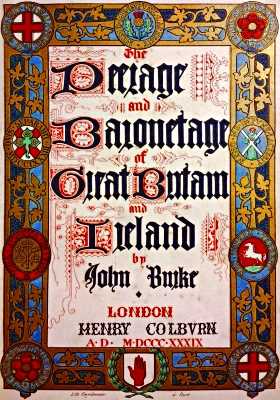 A Genealogical and Heraldic Dictionary of the Peerage and Baronetage of the British Empire, Sixth Edition 1839 (known better simply as Burke’s Peerage) ~ Public Domain via Wikipedia

Therefore, the earldom of Berkeley remained dormant until Thomas died in August 1882, unmarried and without issue. Then the Berkeley earldom went to a descendent of a younger legitimate  brother. At that time a female descendent of an older legitimate brother petitioned to have the barony awarded to her. After proving her descent and that the barony was a barony by writ, she succeeded. She was Louisa Mary Milman, 15th Baroness Berkeley (by birth: Berkeley) (1840-1899). Louisa was followed by Eva Mary Foley, 16th Baroness Berkeley (by birth: Milman) (1875-1964) (The peerage became abeyant in 1964.) Eva was followed by Mary Lalle Foley-Berkeley, 17th Baroness Berkeley (1905-1992) (The abeyance was terminated in 1967.) Then, Anthony Fitzhardinge Gueterbock, 18th Baron Berkeley (b. 1939), her nephew became the baron. The heir apparent is his son the Hon. Thomas FitzHardinge Gueterbock (b. 1969).

Extinct indicates the peerage has no more heirs at all or no more male heirs if a peerage by patent.

Dormant means a peerage has been swallowed up in a superior title or an unclaimed peerage when a likely successor is known to be alive.

Abeyance means daughters shared equally in the right of succession so the prize goes to the descendent who either out lives the others or can prove she or he has a better claim than the cousins.

For more information on how a peerage is swallowed up in a superior title, visit:

The Prince Regent could not call a title out of abeyance, but he could grant a title in a second creation that had become extinct. Titles in abeyance have known contenders and usually start with a title available to daughters. When daughters inherit, they all do equally, so the title is in abeyance until one claimant is given the right to it. The numbering starts over. I used this in my book Captain Frederick Wentworth’s Persuasion.

Abeyance is when there is more than one claimant to a title. This usually happens when a peerage by writ is inherited by daughters. It remains in abeyance until it is called out by one of the claimants. One title was claimed after 400 years. Afterwards, Parliament decided to limit the statute for such claims to 100 years.

When there are no title holders to be found and no people presumed to be around, the title becomes extinct and reverts to the Crown.

The title is dormant, if  a person is thought to be alive, but just has not claimed it. The baby would be the duke, and the title would be alive during the child’s life time unless proof can be found of his death.

The law, however, is not without its remedy for this anomalous situations. It vests in the Crown a power by its prerogative of selecting one of the co-heirs, or the heir of one of the co-heirs, to take the peerage, and so soon as the Crown has declared its will in this respect, the peerage descends to the person thus selected. The usual mode in which the Crown has made its selection has been by causing a Writ of Summons to be issued to the person selected, or, if such person be a woman, by causing Letters Patent be made determining the abeyance in her favour. Where the person selected is already a peer, the abeyance has also been determined in his favor by Letters Patent. The heir in whose favour an abeyance is thus terminated takes the peerage and holds it to him and the heirs of his body. This is not a new peerage, but, rather, the old peerage with the old precedence. (The Peerage Law Handbook, p. 100-101).

According to one of the peerage law books, the ONLY power a monarch retained over a title once it was granted was the power to choose from amongst co-heirs and terminate an abeyance in the favor of one of them. It almost never happened, but it is technically possible that as Regent, Prince George, the Prince of Wales, could, in fact, have done this if the hero in an author’s next Regency romance is somewhere in the line of co-heirs.