What Do We Know of London and the Surrounding Areas in the Regency? 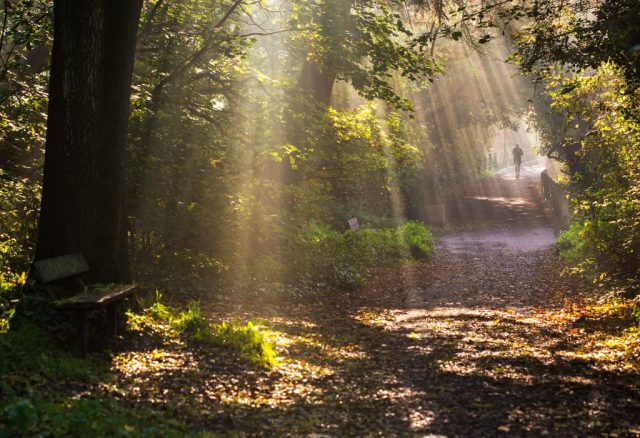 On a snowy afternoon, while walking on Hampstead Heath, author C.S. Lewis was inspired with the idea for a new novel; it became The Lion, the Witch and the Wardrobe. https://www.heathandhampstead.org.uk/heath/

Some people who read Regency-based novels do not realize London itself was not all the areas we writers mention in our novels. Many areas, such as Hampstead Heath (famous for its duels), Kew Gardens (founded in 1840 from the exotic garden at Kew Park in Middlesex), Richmond Park (where we often see our characters picnicking, located 8.2 miles west-southwest of Charing Cross), Mayfair and Hyde Park (both located in Westminster), were not part of London proper in the Regency era. In other words, the wealthy lived outside of London proper. 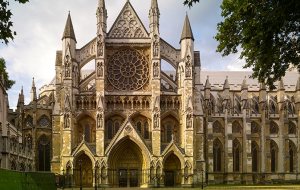 For example, Westminster is now a government district in Central London within the City of Westminster, part of the West End, on the north bank of the River Thames. However, historically the area lay within St Margaret’s parish, City & Liberty of Westminster, Middlesex. The name describes an area no more than 1 mile (1.6 km) from Westminster Abbey and the Palace of Westminster immediately to the west of the River Thames. The settlement grew up around the palace and abbey, as a service area for them. The need for a parish church, St Margaret’s Westminster for the servants of the palace and of the abbey, who could not worship there, indicates that it had a population as large as that of a small village. It became larger and in the Georgian period became connected through urban ribbon development [Ribbon development is building houses along the routes of communications radiating from a human settlement.] with the City along the Strand. [The Early History of Westminster]

The link below from the Survey of London holds extensive information about the development of the streets and who lived there. Note the excerpt provided.

The Bartlett School of Architecture – Survey of London – University College of London (***Be certain to screen down and open the draft chapters of volumes 51 and 52. Lots of interesting information found there. – Such as Chapter 18 discusses Upper Regent Street, saying, “North of Oxford Circus, Regent Street runs for just three full blocks. Beyond this short section, sometimes known informally as Upper Regent Street, the ‘New Street’ laid out by John Nash for the Crown from 1813 twists westward as Langham Place, connecting with the earlier Portland Place, thence to Park Crescent and Regent’s Park, where Nash’s great planning vision for London resumes at a fresh pitch of grandeur and invention. These 250 yards at the top of the street were unique only in having the rotunda and steeple of All Souls, Langham Place, as their beguiling northern focus. In their earliest years they were less commercial than the central run of Regent Street between the circuses, but that was already changing by 1840.” Is it not lovely to have such resources at our disposal? 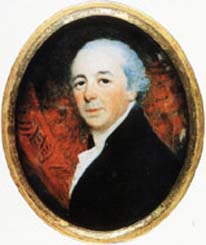 In 1812, the Regent’s Canal Company was formed to cut a new canal from the Grand Junction Canal’s Paddington Arm to Limehouse (from west London to the River Thames in the east), where a dock was planned at the junction with the Thames. The architect John Nash played a part in its construction, using his idea of ‘barges moving through an urban landscape’. Nash’s masterplan provided for the canal to run around the northern edge of Regent’s Park; as with other projects, he left its execution to one of his assistants, in this case James Morgan. The first phase of the Regent’s Canal was completed in 1816 and finally completed in 1820. Unfortunately,  it was built too close to the start of the railway age to be financially successful and at one stage the Regent’s Canalonly narrowly escaped being turned into a railway. But the canal went on to become a vital part in southern England’s transport system.

The aristocrats lived in the West  End: Mayfair, Westminster, etc. Most of them had moved away from the water and the stink of the Thames.

If you are exceedingly interested in this topic, you might have a look at A-Z Regency England, which has maps but a book about Mayfair  describes the  squares where the wealthy lived. “The London Topographical Society A to Z series consists of seven books, which provide fully-indexed maps of London at roughly 100 year intervals. Each reproduces a key map of the period. The indexes allow users to identify the position of streets and buildings, in some cases right down to small courts and alleys. They appeal to anyone interested in the development of London and are invaluable for those researching family history. The A to Z Regency London with introduction by Paul Laxton and index by Joseph Wisdom. Horwood’s Plan of the Cities of London and Westminster (3rd Edition 1813) in book form on a scale of 14 inches per mile, with key and index. Extends Hyde Park-East India Docks; Pentonville-Walworth. A3 size approximate.”

Bankers and merchants might have live within London, but I do not think it was  a salubrious place to live by the Regency. They went to Vauxhall by boat and many lived closer to the water outside of Mayfair and London.

CLICK HERE FOR LINK TO GEORGIAN/REGENCY MAP (via Google)

GenMaps’ Home page for other places in England, Wales, and Scotland

Below is a link to an actual 1818 map of London that is partitioned into blocks. If you click on any block, you will get a blow-up of that section. The upper left hand block has a directory of various places. [Note! The site is not as secure as I would personally prefer.]

Below is a similar map from 1817, blocked off and blown up in the same manner. It has been marked off with color to show boundaries. 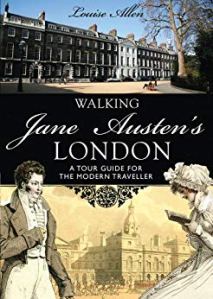 For those of you who are my Austen followers, try Louise Allen’s Walking Jane Austen’s London. This book presents nine walks through both the London Jane Austen knew and the London of her novels! Follow in Jane’s footsteps to her publisher’s doorstep and the Prince Regent’s vanished palace, see where she stayed when she was correcting proofs of Sense and Sensibility and accompany her on a shopping expedition – and afterwards to the theatre. In modern London the walker can still visit the church where Lydia Bennett married Wickham, stroll with Elinor Dashwood in Kensington Palace Gardens or imagine they follow Jane’s naval officer brothers as they stride down Whitehall to the Admiralty. From well-known landmarks to hidden corners, these walks reveal a lost London that can still come alive in vivid detail for the curious visitor, who will discover eighteenth-century chop houses, elegant squares, sinister prisons, bustling city streets and exclusive gentlemen’s clubs amongst innumerable other Austenesque delights.