As those of you who follow me regularly know, I am a Pride and Prejudice fan, then you must realize I am exceedingly interested in any little bit of information that comes my way regarding Hertfordshire, the home shire of the novel’s heroine, Elizabeth Bennet.

Letchworth was a “city” envisioned by Ebenezer Howard, who had the notion to relieve the crowded conditions of London’s slum. He was supported in his efforts by prominent Quakers and by what was known as the Arts and Crafts Movement. The idea was to provide clean industries, low-rent housing, services to the poor, a healthy country “air” environment. Howard advocated the construction of a new kind of town, summed up in his three magnets diagram as combining the advantages of cities and the countryside while eliminating their disadvantages. Industry would be kept separate from residential areas—such zoning was a new idea at the time—and trees and open spaces would prevail everywhere.

The original Letchworth was a small, ancient parish. St Mary the Virgin, the parish church, was built around the latter part of the 12th Century or early 13th Century. The village was located along the road now called Letchworth Lane, stretching from St Mary’s and the adjoining medieval manor house (now Letchworth Hall Hotel) up to the crossroads of Letchworth Lane, Hitchin Road, Baldock Road and Spring Road, where there was a post office. Letchworth was a relatively small parish, having a population in 1801 of 67, rising to 96 by 1901. 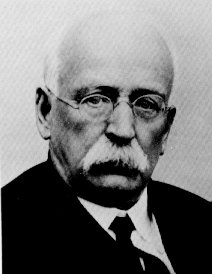 Along comes Sir Ebenezer Howard, OBE, who in 1898 had written a book entitled To-Morrow: A Peaceful Path to Real Reform, which was the groundwork for Howard’s first Garden City, a utopian city in which people lived harmoniously together with nature. Other Garden Cities followed: Welwyn Garden City, also in Hertfordshire, (1920), and those in other countries, Forest Hills Gardens (in the borough of Queens, New York), designed by F. L. Olmsted, Jr. (1909), Radburn, New Jersey, (1923), and the Suburban Resettlement Programs towns of the 1930s, including Greenbelt, Maryland; Greenhills, Ohio; Greenbrook, New Jersey; Greendale, Wisconsin; and Canberra, Australia (1913). [Stern, Robert (1981). The Anglo American Suburb. London: Architectural Design Profile. pp. 84, 85.]

“According to the book the term ‘garden city’ derived from the image of a city being situated within a belt of open countryside (which would contribute significantly to food production for the population), and not, as is commonly cited, to a principle that every house in the city should have a garden.

“The concept outlined in the book is not simply one of urban planning, but also included a system of community management. For example, the Garden City project would be financed through a system that Howard called ‘Rate-Rent,’ which combined financing for community services (rates) with a return for those who had invested in the development of the city (rent). The book also advocated a rudimentary form of competitive tendering, whereby the municipality would purchase services, such as water, fuel, waste disposal, etc., from (often local) commercial providers. These systems were never fully implemented, in Letchworth, Welwyn or their numerous imitators.” [Letchworth]

A competition was held to find a town design which could translate Howard’s ideas into reality.  Richard Barry Parker and Raymond Unwin were appointed architects, and 6 square miles (16 km²) of land outside Hitchin were purchased for building. The town was divided into three zones, with industrial areas kept well away from the residential sections. In keeping with the ideals only one tree was felled during the entire initial construction phase of the town, and an area devoted to agriculture surrounding the town was included in the plan – the first “Green Belt.” Additional contests were held to secure builders for inexpensive housing, which attracted some 60,000 visitors. This had a significant impact on what we now refer to as “pre-fabricated” building techniques. It also alter the ideas regarding gardens in the yards, both floral and vegetable. The exhibitions were sponsored by the Daily Mail, and their popularity was significant in the development of that newspaper’s launching of the Ideal Home Exhibition (which has more recently become the Ideal Home Show) – the first of which took place the year after the second Cheap Cottages Exhibition.

Railways often brought sight-seers to the town, who found the social experiment both interesting and amusing. Letchworth’s founding citizens, attracted by the promise of a better life, were often caricatured by outsiders as idealistic and otherworldly. John Betjeman in his poems Group Life: Letchworth and Huxley Hall painted Letchworth people as earnest health freaks. The idea of banning pubs was often criticized, for example.

Spirella Building A view of this magnificent former corset factory, now a base for small businesses. To me this restoration shows how a great old building can be retained in all its glory, sympathetically modernised inside with high quality design, and thus serve a useful purpose in the twenty-first century.https://en.wikipedia.org/wiki/Letchworth#/media/File:Spirella_Building_-_geograph.org.uk_-_988178.jpg

The Spirella Company, the maker of ladies’ corsets, built a large factor close to the town’s middle in 1912. Despite its central location, the Spirella Building complements the town’s other buildings. It resembles a large country house, complete with towers and a ballroom. During WWII, the factory was also produced parachutes and decoding machines. Because corsets fell out of fashion, the factory closed in the 1980s, and was eventually refurbished and converted into offices.

Shelvoke and Drewry, a manufacturer of dustcarts and fire engines was part of Letchworth from 1922 to 1990. Hands, another of the industries found in Letchworth, manufactured axles, brakes, and Hands Trailers. Other such industries included Kryn & Lahy Steel Foundry, the Irvine’s Airchutes Parachute Factory, and British book publisher, J. M. Dent and Son.

British Tabulating Machine Company (later International Computers Limited) was one of the largest employers in the area, with over 30 factory sites along Icknield Way and the surrounding area. 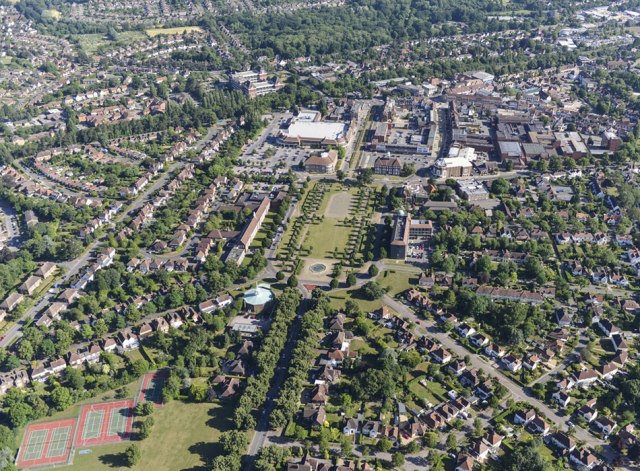 Regina Jeffers is the award-winning author of Austenesque, Regency and contemporary novels.
View all posts by reginajeffers →
This entry was posted in British history, buildings and structures, contemporary, Living in the UK, research and tagged British history, buildings, Cities, Ebenzer Howard, Hertfordshire, Letchworth Garden City, utopian. Bookmark the permalink.
%d bloggers like this: